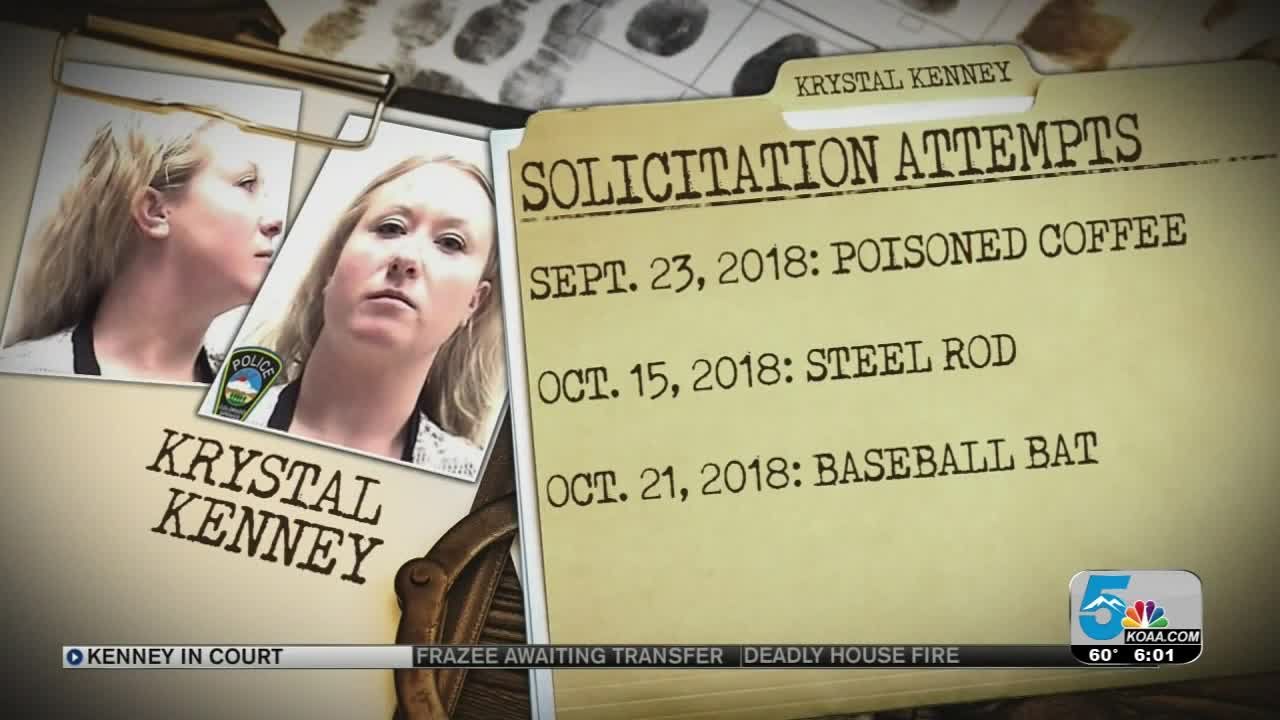 TELLER COUNTY — The only person prosecutors needed to piece together Kelsey Berreth's murder was back in front of a Teller County judge this morning.

Krystal Lee Kenney will be sentenced on Jan. 28 at 9 a.m., according to conversations between the judge and prosecution. For now, she'll reported to a probation office Monday to start the process of a pre-sentencing investigation, as ordered by the judge.

When the sentencing hearing happens, the court will hear from people from Idaho about Kenney's character and the impact her actions are having on others. Prosecutors expect the Berreths to deliver victim impact statements, either in person or by phone, as they did for Patrick Frazee's sentencing.

Kenney, the Idaho nurse who had an intimate relationship with now convicted killer Frazee, was the missing piece of the puzzle that put Frazee away for life.

During the trial last month, she gave the details on how Frazee beat Berreth to death with a baseball bat, had her clean up the mess, then watched as Frazee burned Berreth's her body inside a black tote.

Prosecutors said they "made a deal with the devil" as Kenney was the only person talking who knew what happened.

Before she spoke to investigators in December 2018, she entered into a deal to plead guilty to a physical evidence tampering charge for her role in moving and destroying Berreth's cell phone.

If the crime is found to have an aggravating factor, like it happened inside Berreth's townhome, Kenney could face a maximum of three years in prison. If not, she faces a reduced maximum of 18 months, though the crime does not carry mandatory prison time.

Dru Nielsen, Kenney's attorney, indicated she intends to file a motion citing case law to show Kenney's actions were not aggravated. Judge Scott Sells gave her a two-week window to file, and then gave prosecutors another two weeks after that to respond.