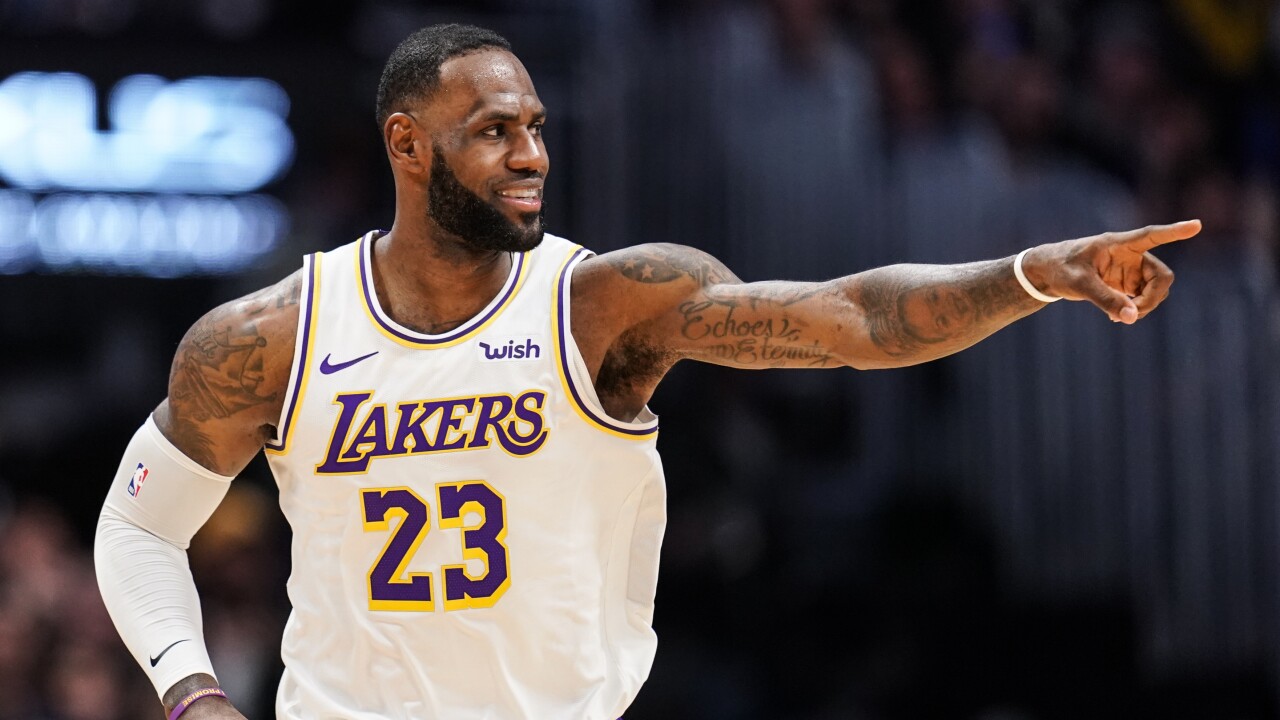 DENVER (AP) - LeBron James had 25 points, nine assists and a crucial dunk off a miss late in the fourth quarter to lead the Los Angeles Lakers to a 105-96 victory over the Denver Nuggets on Tuesday night.

Anthony Davis shook off flu-like symptoms to score 25 points and add 10 rebounds for the Lakers.

Both teams were coming off losses that ended long winning streaks, but it was Los Angeles that bounced back behind James and Davis.

Davis missed the morning film session and his status for the game was questionable until before tip. He showed no effects of illness, scoring 13 points in the third while shooting 5 of 7 in the period.

The Lakers led by 10 midway through the fourth before Denver rallied to get within a point with 2:23 left. But the Nuggets didn't score again. The Lakers hit three free throws and James slammed home Davis' missed layup with 1:15 remaining.

Lakers: Frank Vogel was chosen as Western Conference coach of the month for games played in October and November. The Lakers 17-2 record tied for the best 19-game start in franchise history. ... The Lakers had two goaltending calls in the first quarter.

Nuggets coach Michael Malone was an assistant in Cleveland during James' first stint with the Cavaliers and praised the star's sustained excellence.

"What he's doing at his age, I mean, who is surprised?" Malone said before the game. "...LeBron is incredible and that's why he'll go down as one of he best players to ever play the game."

Vogel was also complimentary of Jokic.

"There’s no one like the Joker I think that’s every played the game," he said.

Davis wasn't the only Lakers player dealing with a bug ahead of the matchup of the top teams in the conference.

"We have several guys with flu-like symptoms and we had them drink a lot of fluid," Vogel said.

Lakers: At Utah on Wednesday night.