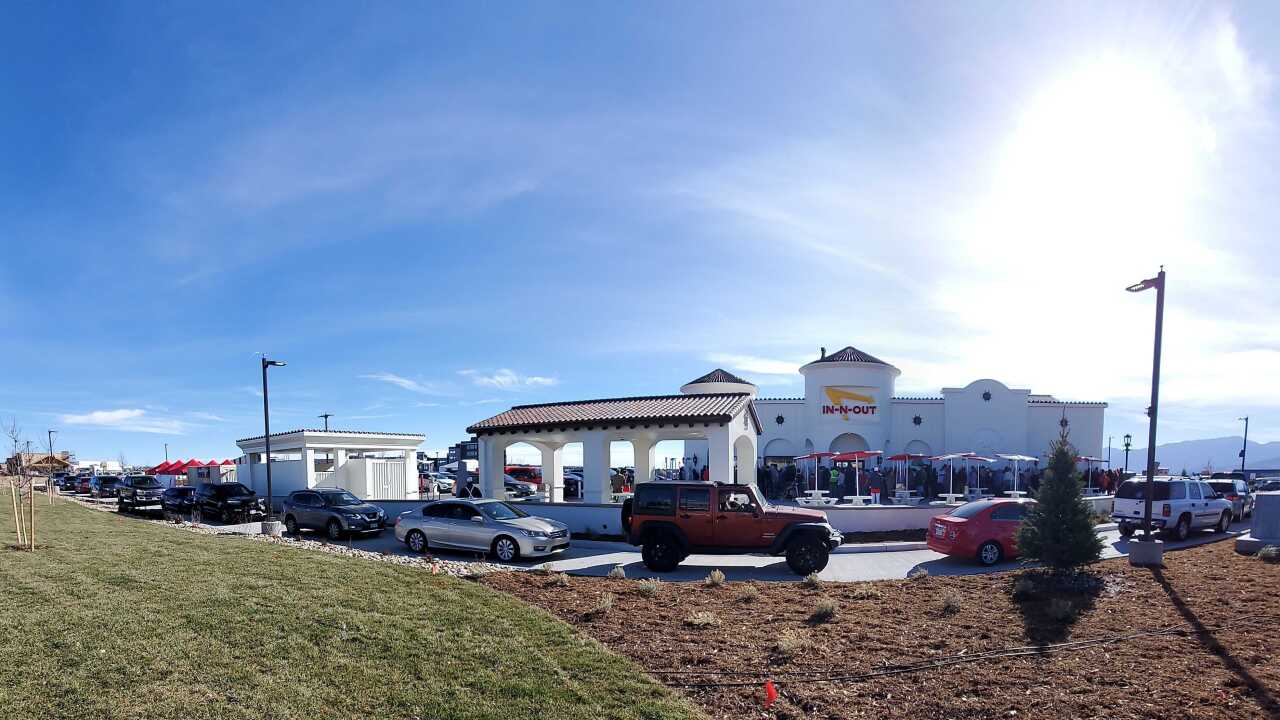 This location will be open every day from 10 a.m. to 1 a.m. and until 1:30 a.m. on Fridays and Saturdays, according to a release. There will be one drive-thru lane, and indoor dining will be closed for now.

People began lining up in their cars Thursday night ahead of the anticipated opening. Some people waited 12 hours to get their hands on a burger.

A handful of cars ALREADY lining outside Colorado’s first In-N-Out set to open tomorrow. There are people camping out. There is also a Ghostbusters themed truck here which is... interesting. @KOAA pic.twitter.com/MwyPLZvR3j

In Aurora, people waited as much as 14 hours to get takeout from In-N-Out Burger.

FINAL UPDATE: The last car that will be served tonight has been "marked" and is estimated they will be served around 2:00 a.m. We anticipate continued traffic impacts in the coming days so please use alternate routes, maybe you'll find another great local eatery to support😃

In early 2019, In-N-Out Burger closed on the two parcels of land at the Victory Ridge development in northern Colorado Springs. It was the first land acquired by the California-based hamburger chain in the city, according to Westside Investment Partners, Inc.

Then this past summer, News5 confirmed the chain is planning a second Colorado Springs location at First and Main Town Center off Powers and Constitution, the former site of Outback Steakhouse.

That location is expected to open sometime next year.