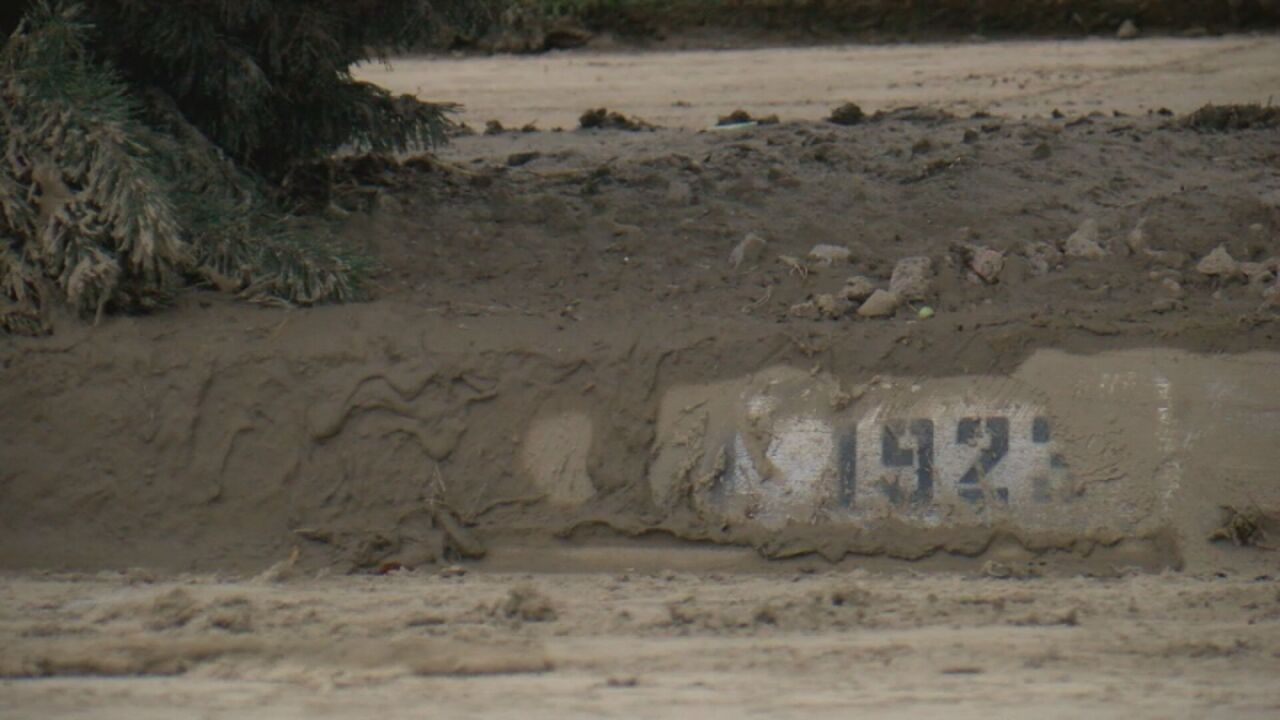 Copyright 2019 Scripps Media, Inc. All rights reserved. This material may not be published, broadcast, rewritten, or redistributed.
AJ Vega
Mud and rocks cover a sidewalk and curb on Snowflake Drive in the Flying Horse neighborhood. Rains created a flash flood from an adjacent construction site that then damaged some homeowners&#39; properties downhill. 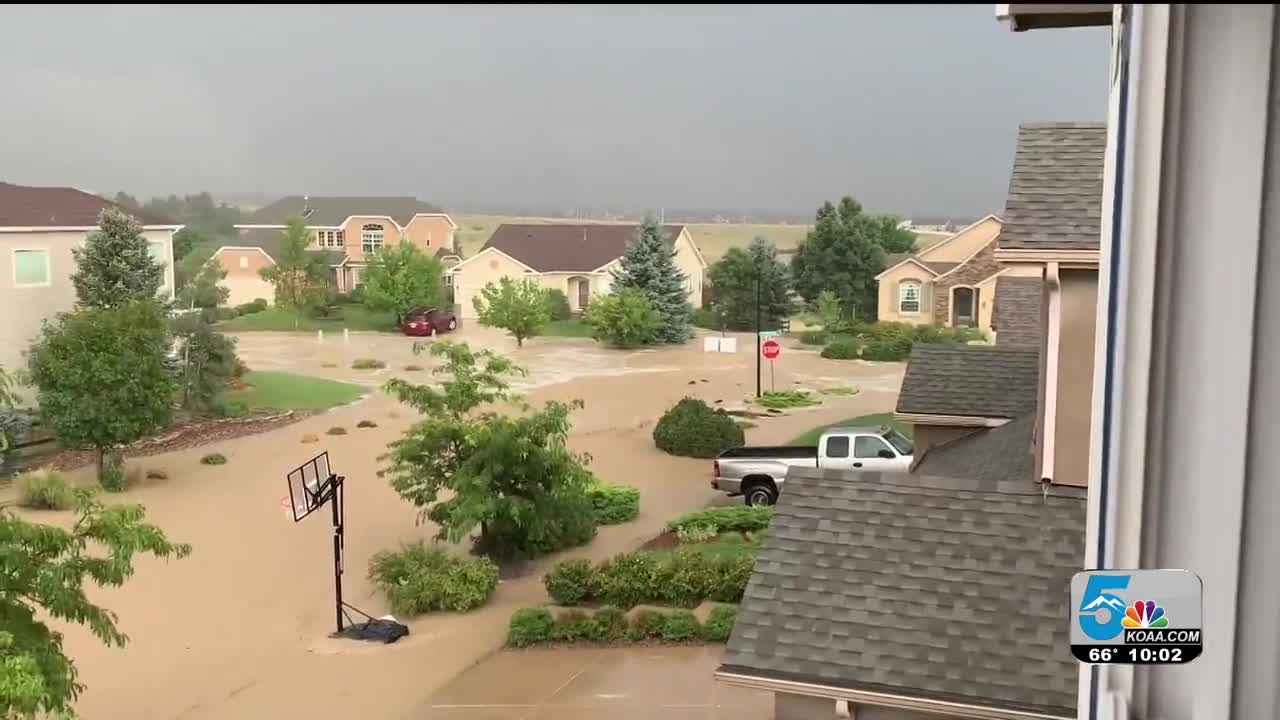 COLORADO SPRINGS — When Joyce and LeRoy Willener moved to the Deer Creek* neighborhood in 2003, they were among the first new homeowners.

A beautiful backyard view of Pikes Peak and a quiet neighborhood were selling points. Things have changed since then and not in a good way.

When rain fell across Colorado Springs Friday, a flash flood covered Blueridge Drive with muddy water, carrying debris right toward their property. It's the second flash flood they've dealt with in as many months, carrying water downhill from a nearby construction site.

"This is just a homeowner's worst nightmare though, really, to have to deal with this twice," Joyce said.

From the looks of it, the impact of Friday's flood is at its worst in their front yard, where mulch, mud and debris came to rest. Video recorded by their neighbors shows the water was several feet high, and lines are still visible to show the water just feet from covering the entire driveway.

"I was really shocked to see it up that high, and then you start worrying that it only takes a few more... it lasts a little bit longer, and it's going to be into your garage," LeRoy said.

This time, the water didn't reach their home.

But they are still concerned, telling News 5 they believe the sod in their front yard will have to be replaced.

"You can't even walk on the grass. It's just slime. You just slide down it, so, and all the flowers... I don't know," Joyce said.

News 5 followed the muddy trail up a couple blocks toward a new development, the Village of Palermo at Flying Horse, a joint project between Classic Homes and Flying Horse. Construction workers operated graders and front-end loaders there on Saturday, moving dirt around the large development site.

The Willeners and their neighbors told News 5 that the developers said they were making an effort on mitigation. There's even a large retention pond on the north side of the development, but the muddy trail leads to the southern end of it.

That pond doesn't appear to be doing enough.

"The trenches like they told us they were going to build, I didn't see any. And you can see where the water came from," LeRoy said.

Friday's rains also washed out a trail on the edge of the Willeners' property that leads to open green space and heavily damaged a car at the top of the street. Debris, like empty water bottles and survey sticks, is still scattered across their yard.

Now, they hope Classic Homes and Flying Horse take responsibility for the damage caused by a second urban flood in as many months.

"Pray and hope that Classic stands by it and fixes it, but I think we're going to have to be a little more insistent that this can't happen again," Joyce said.

The Willeners said Classic had crews make landscaping fixes after the first flood in early August.

News 5's Sam Kraemer tried contacting Classic Homes for comment Saturday. After being directed to the corporate office, Classic Homes did not return our calls.

*This story has been updated to change the name of the neighborhood. It is Deer Creek, not Flying Horse, as originally stated.