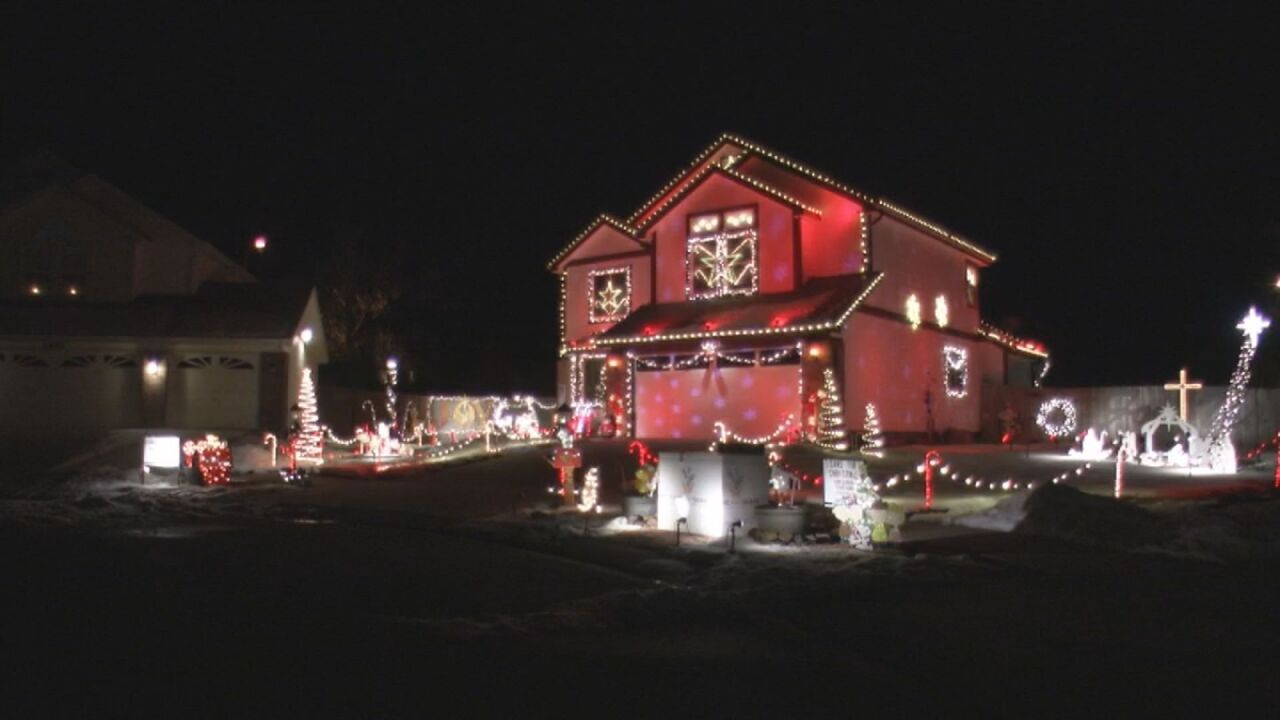 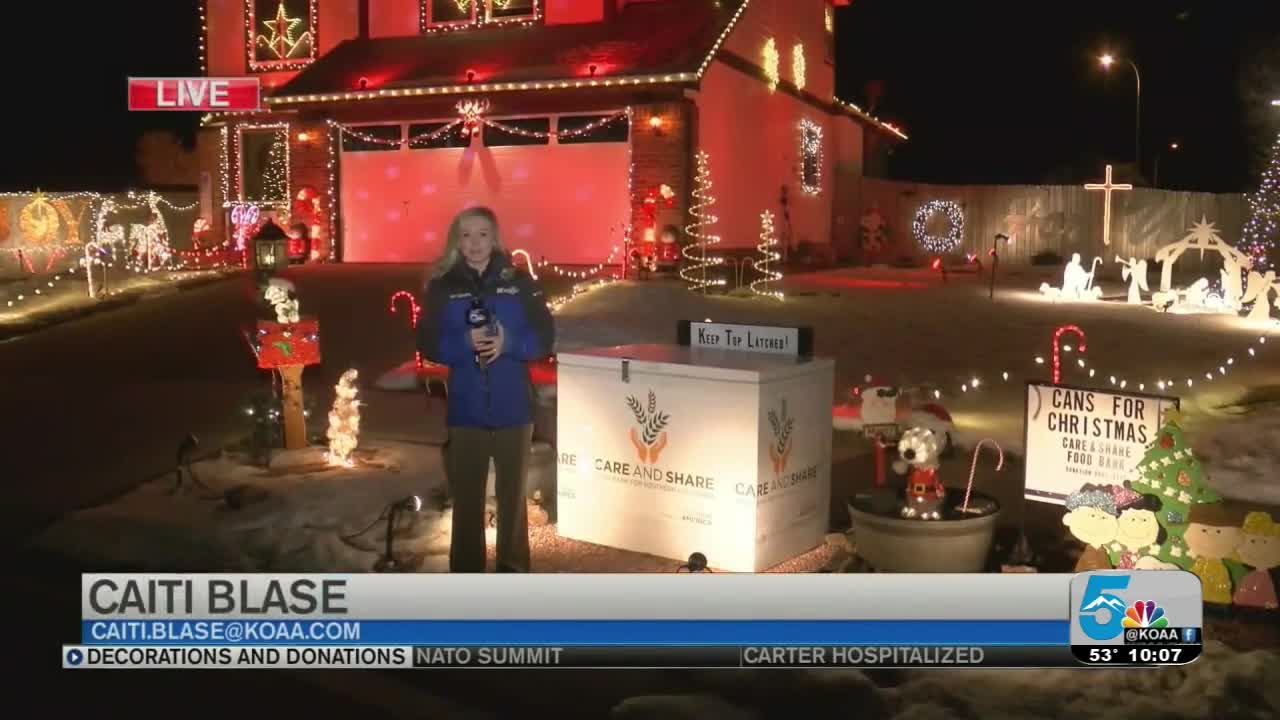 COLORADO SPRINGS — The owner of a local Christmas display is hoping to make a big impact this holiday season by helping those in southern Colorado who are a little short on food.

As people drive by a home near Barnes & Peterson they'll be able to see the bright lights of a snowman, polar bears, and much more. However, there's also something else they can do - drop off non-perishable food items inside a freezer to benefit Care and Share Food Bank.

The man behind the display is Mark Ingles who shared that he's always loved decorating his home for the holidays.

He said, "It's been something that's been part of my life...since I was a kid."

It wasn't until five years ago when he decided to take his beloved hobby to the next level by starting a partnership with Care and Share.

Ingles said, "I thought what a great way just to add more to the community than what the display was doing in bringing a little bit more joy."

Here's how it works - unlatch and open the freezer at the end of the driveway and place your non-perishable foods in one of the bags inside.

Ingles said, "There's a lot of people that just don't have as much as other people do and it's hard to make ends meet."

That's the case for many people in the Pikes Peak region.

Lynne Telford, CEO of Care and Share Food Bank, said, "Our food reaches children, families, seniors. The most typical profile of somebody accessing Care and Share food is a single mother and she's working."

Getting healthy and hearty food is so important this time of year for kids in southern Colorado.

Telford said, "We really worry about children when they're on breaks like the winter break and they could go for a couple of weeks without food supplied by their school."

Which is why the organization wants to make sure its fully stocked for the Christmas holiday and beyond. Telford said while Thanksgiving was successful it still could've been better.

She said, "Thanksgiving was hard for us because our biggest day, the Friday before Thanksgiving, was that crazy snow day so schools were closed and businesses were closed."

A challenge - but something made easier by people like Ingles.

He said, "I want people to come and enjoy not only the display, but bring food to give to a great cause."

He said the display and donation box will be around until about January 2nd. People can drop off items anytime.