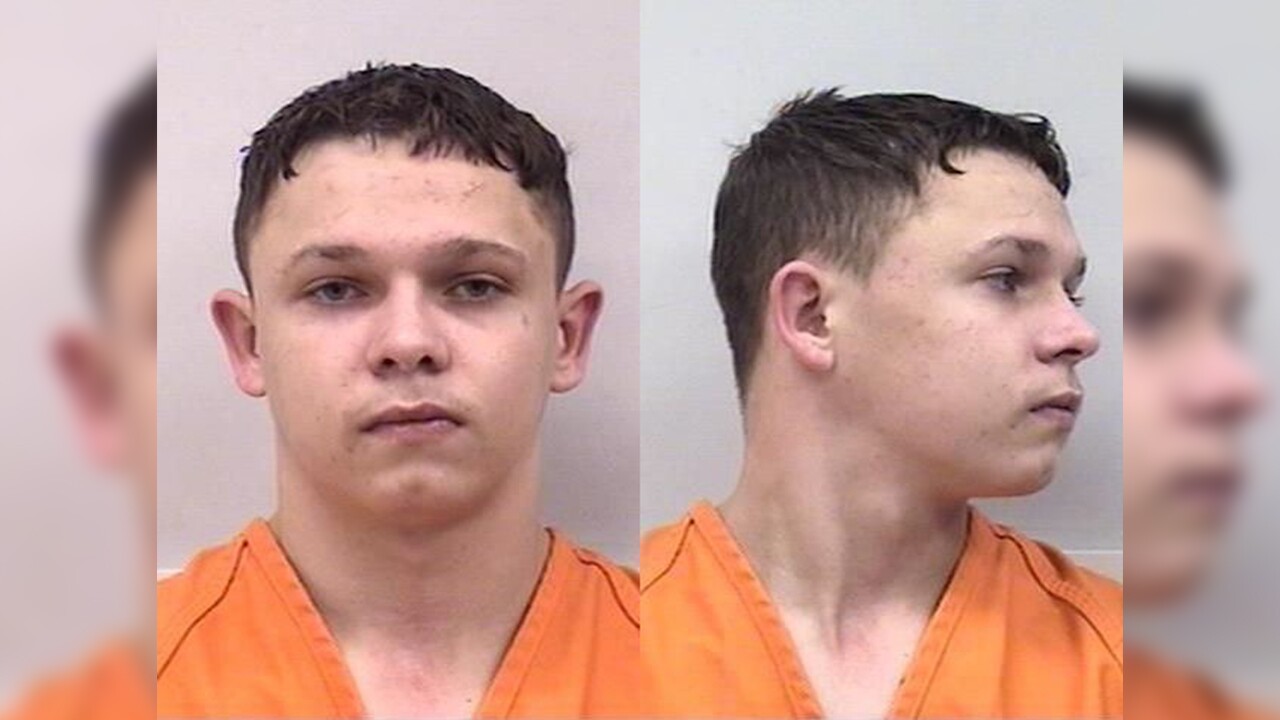 FOUNTAIN — The Fountain Police Department arrested a driver who hit a school bus carrying 17 students in a stolen truck and fled the scene Thursday morning.

Police said they received reports of a stolen utility truck from an Auto Zone on 100 Plaza Drive around 8:20 a.m.

FPD said 21-year-old Sean Johnson was driving the truck that had a crane attached to it when it "swung out of control" and hit the school bus.

It happened on Highway 85 and Fontaine Boulevard, according to the department.

Authorities were able to find the truck near Highway 85 and Alegre Circle, but Johnson ran off.

FPD said they searched a wooded area where they found Johnson and after a short chase, they were able to take him into custody.

The department said they were able to arrest Johnson with the help of the El Paso County Sheriff's Office and the Colorado State Patrol.

Johnson is charged with three felonies: Aggravated Motor Vehicle Theft, Criminal Mischief and Theft. He was also charged with misdemeanors, including 17 counts of Reckless Endangerment.