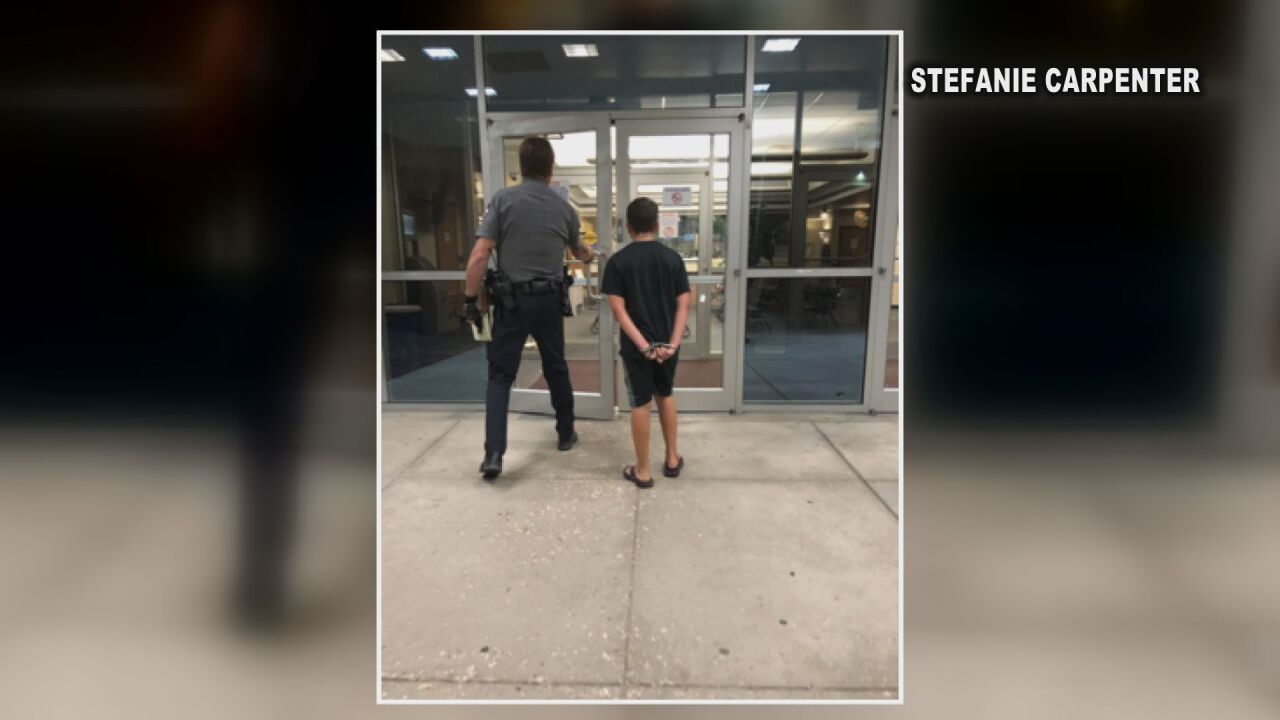 Copyright 2020 Scripps Media, Inc. All rights reserved. This material may not be published, broadcast, rewritten, or redistributed.
Stefanie Carpenter
Stefanie Carpenter shared this photo of her son in handcuffs after he was arrested. 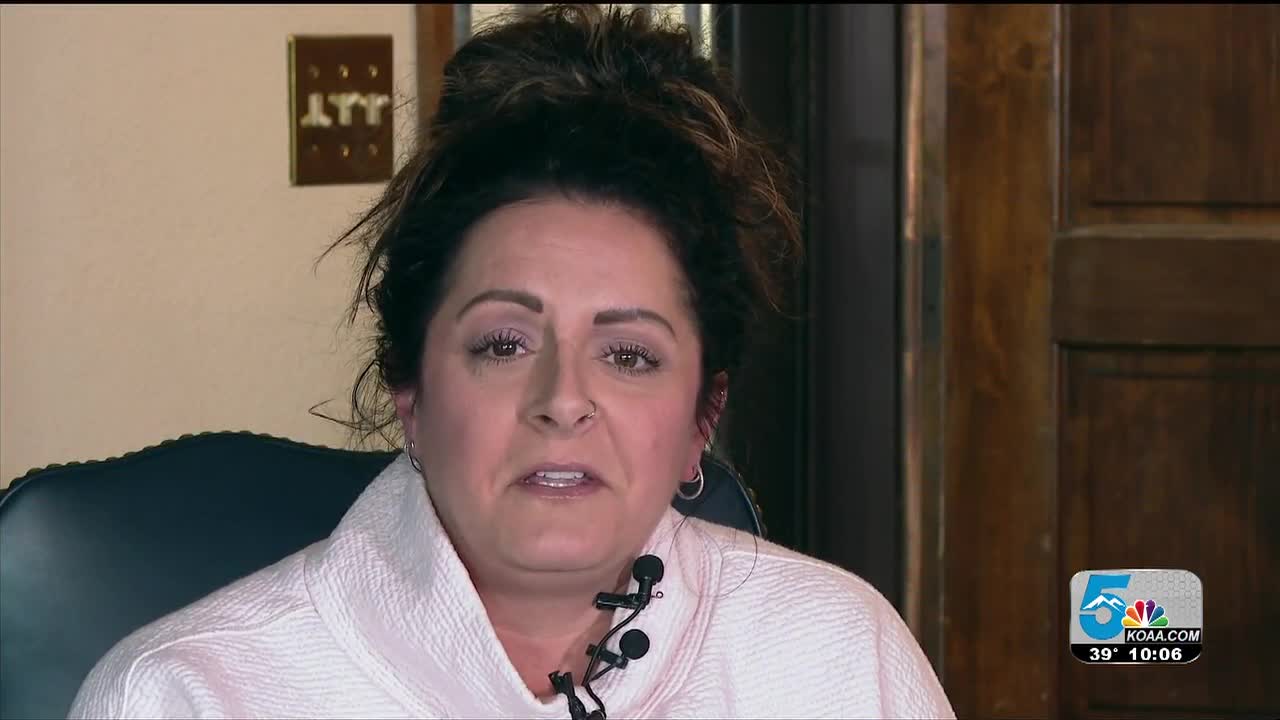 SOUTHERN COLORADO — Colorado Springs parents are speaking out after they say their 10-year-old son was arrested because he and his friend were pointing toy weapons at passing cars in a neighborhood.

Christopher and Stefanie Carpenter are a military family living on base at Fort Carson. The Carpenters have three children, one of whom is Gavin. Last summer on July 24, the Carpenters said Gavin went to a friend's house for a sleepover. Gavin was first at the friend's grandparent's home before the kids were going to head to the friend's actual home. However, they never made it there.

While at the grandparent's home, the Carpenters said the two children were playing with a Nerf Bow and a toy rifle outside. "He definitely admits that he pointed that weapon at cars, multiple cars, not just the one that stopped, and he understands that's wrong," Christopher Carpenter said.

One driver stopped his vehicle when he saw the children pointing what he thought was a BB gun at him while driving. The Carpenters provided News5 with Ring Doorbell video from the grandparent's home, showing that driver coming to the door and saying he was going to call the cops. "Adults got heated, and unfortunately, two 10-year-old boys were arrested because of it," Christopher Carpenter said.

The Carpenters said when they got to the home, most of the incident was over. However, their son was in handcuffs. "Our son was handcuffed in the back of a police car and really all they wanted us there for was to sign some paperwork," Christopher Carpenter said.

The Carpenters said the arrest was made by the El Paso County Sheriff's Office, but Gavin was taken to the Colorado Springs Police Department downtown to have his fingerprints collected and mugshot taken. "I've never felt so helpless in my life. I would have never pictured my son in the back of a cop car with his hands behind his back. He was bawling," Stefanie Carpenter said.

The Carpenters said Gavin was charged at one point with felony menacing. He had to go through a diversion program, submitting his school grades frequently and completing community service. "We're probably at about $4,000 in order to get a 10-year-old's record expunged," Christopher Carpenter said.

Throughout the process, the Carpenters obtained an attorney and have watched the body camera footage released to them from the El Paso County Sheriff's Office. However, they still have one big question.

"The cops go to the side and mute their web cam, so you can't hear them talking of when they decide, I guess, what they're going to do. 'Cause when they unmute it, they walk over and they were like, 'unfortunately we have to arrest both of you,'" Stefanie Carpenter said. News5 is working to get that body camera footage.

While the Carpenters know they cannot change the past, they hope to help in the future. "Honestly, we just wanted to educate other parents, 'cause we had no idea that things could escalate to this level with a 10-year-old boy. Talk to your children about how to even use toy guns," Christopher Carpenter said.

News5 did reach out to the District Attorney's Office and they told us they cannot comment on juvenile cases.

We also received a statement from the El Paso County Sheriff's Office saying they cannot speak to the specifics of this case:

There are administrative avenues available to anyone who has a concern about how members of the Sheriff’s Office conduct business."