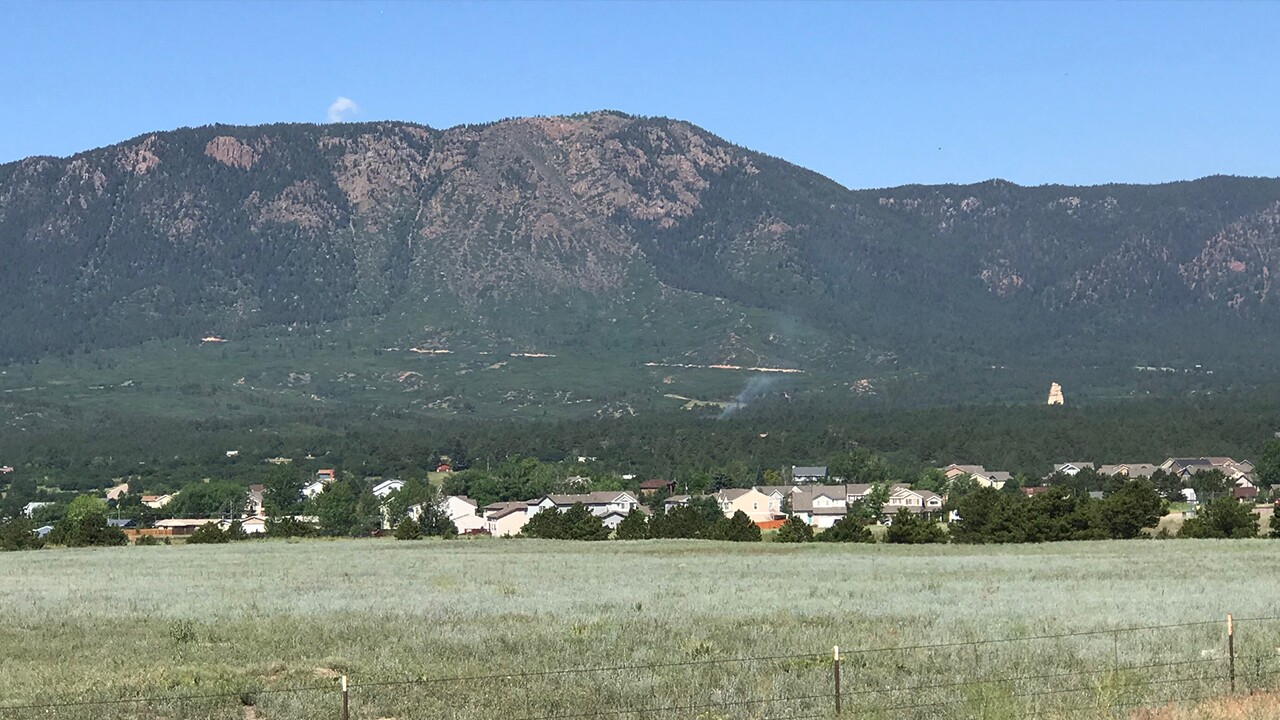 MONUMENT — The Pike and San Isabel National Forest said people in the Monument area or people driving on I-25 could see smoke over the next two days from a small wildfire burning near the Mt. Herman trailhaead.

According to forest service officials, the fire is approximately 3/10ths of an acre. They said there is an engine already there and firefighters are already working to put it out and build containment lines. They say the fire is not threatening any structures at this time.

The forest service is talking to hikers and mountain bikers in the area and warning them about the fire. They say the cause is under investigation.