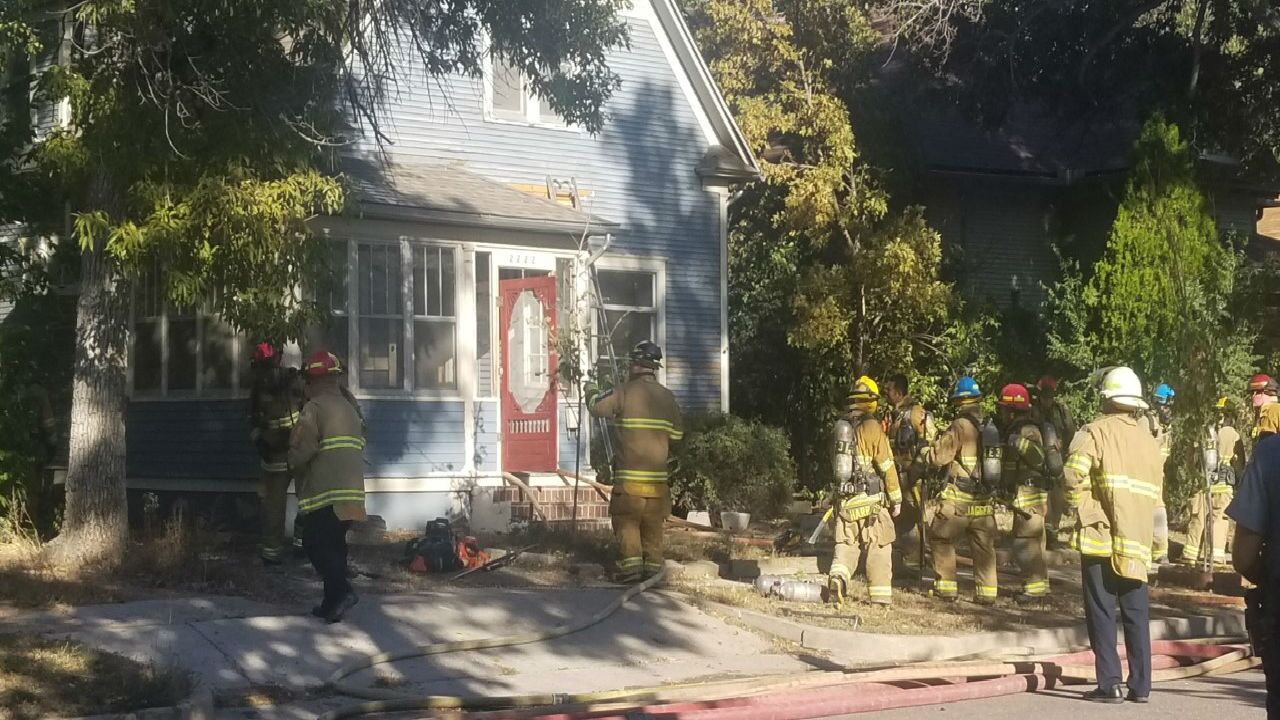 COLORADO SPRINGS — Fire crews are on the scene of a house fire on the city's westside this afternoon. The home is located on West Bijous St. is just west of 22nd St. Roughly 30-firefighters are on the scene and they're dealing with flames that are mainly contained to the second story of the home. The home is being remodeled and no one currently lives in the house.

Bijou St. is currently blocked by fire trucks and a hazardous materials crew, so avoid the area. CSFD says there is a large response to the fire, but they try to be cautious in older neighborhoods. many of the homes on the westside were built in the late 1800's and early 1900's. You can use Pikes Peak Avenue as an alternate route to around that block. There are no reported injuries.

CSFD Resources on scene of a working structure fire at 2222 West Bijou St. 1st arriving crews find smoke and flame on the second floor of what appears to be a vacant residential. avoid the area

#BREAKING fire crews appear to have things u der control at the house fire near 23rd St and W Bijou in Colorado Springs. I'm told no injuries. Im working on more info. pic.twitter.com/U22SP9Fj4X