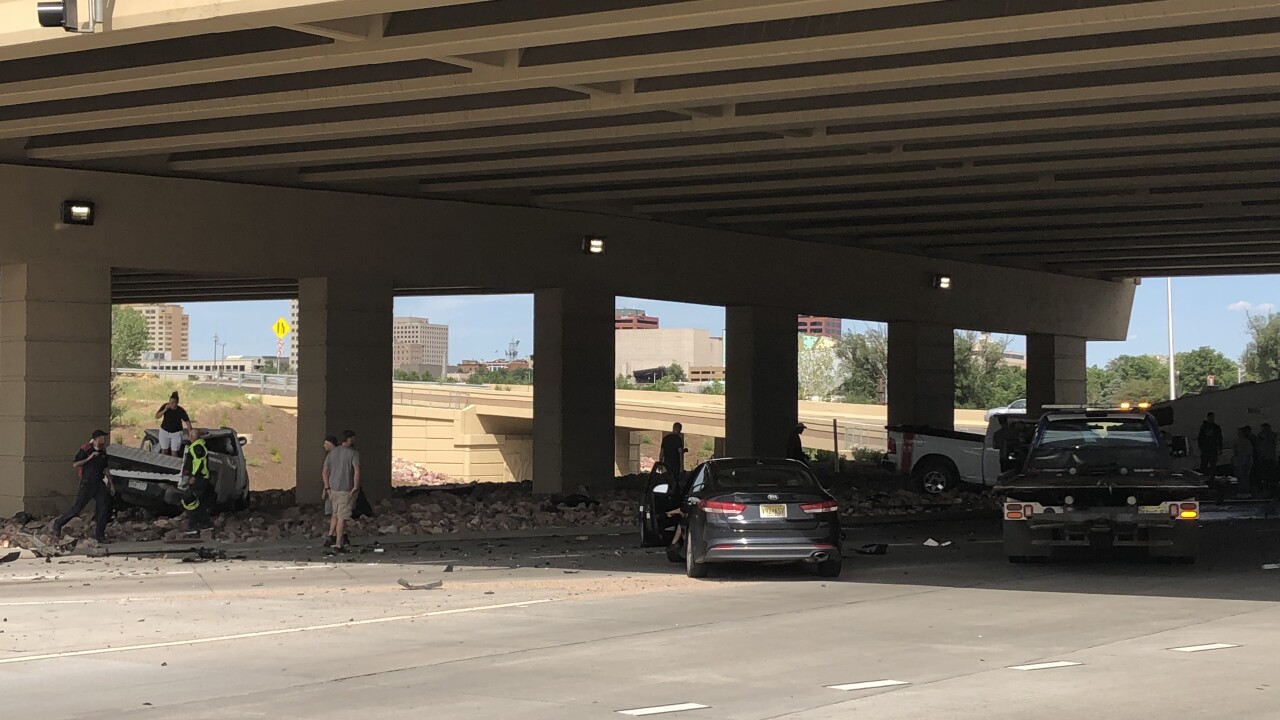 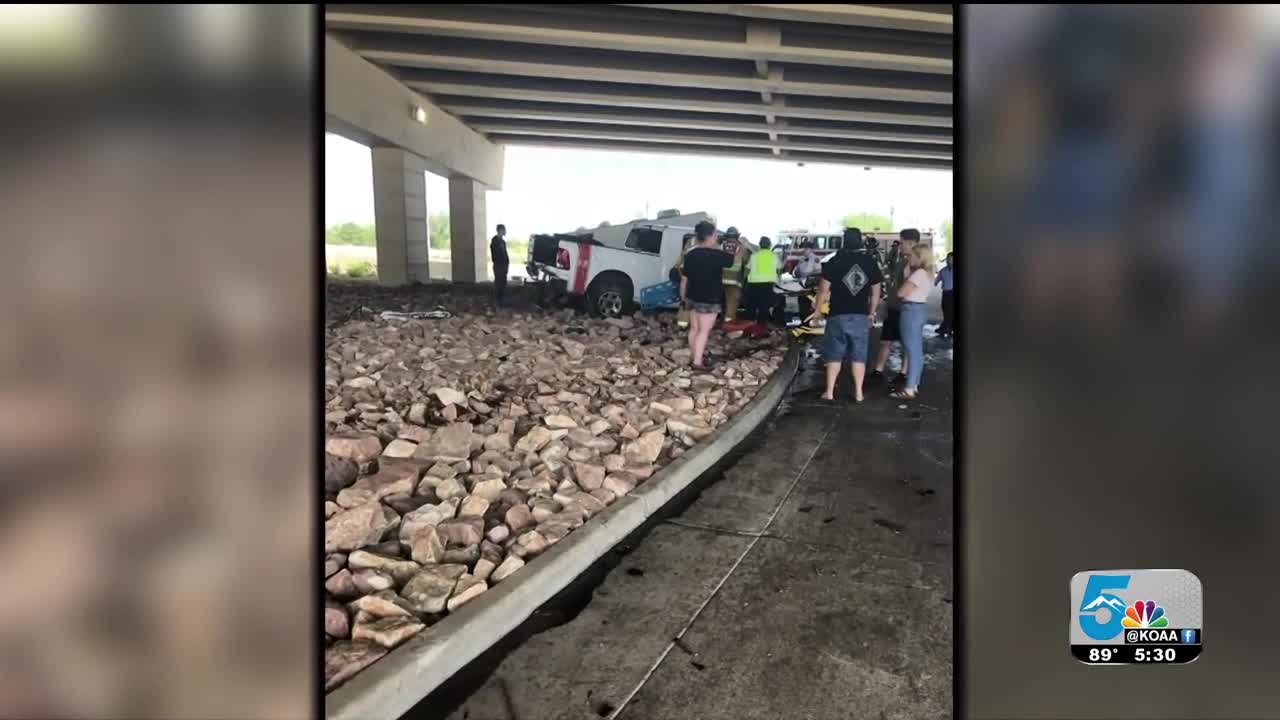 COLORADO SPRINGS — Colorado Springs police said one person died in a crash involving two pickup trucks at the Cimarron interchange below I-25 around 3:40 p.m. Sunday afternoon.

Police said the preliminary investigation revealed that a Chevy Silverado was driving west on Cimarron when it ran a red light and hit a Dodge Ram pulling a camper that was trying to get on northbound I-25.

The driver of the Chevy was killed in the crash and two people inside the Dodge were taken to the hospital for their injuries.

Police said excessive speed is being investigated as a contributing factor to the crash, but it's unknown at this time if impairment was a factor. Lanes of Cimarron Street were closed below I-25 for more than 8 hours. Cimarron was reopened at 12:15 a.m.

Authorities have not yet released the name of the driver who died.