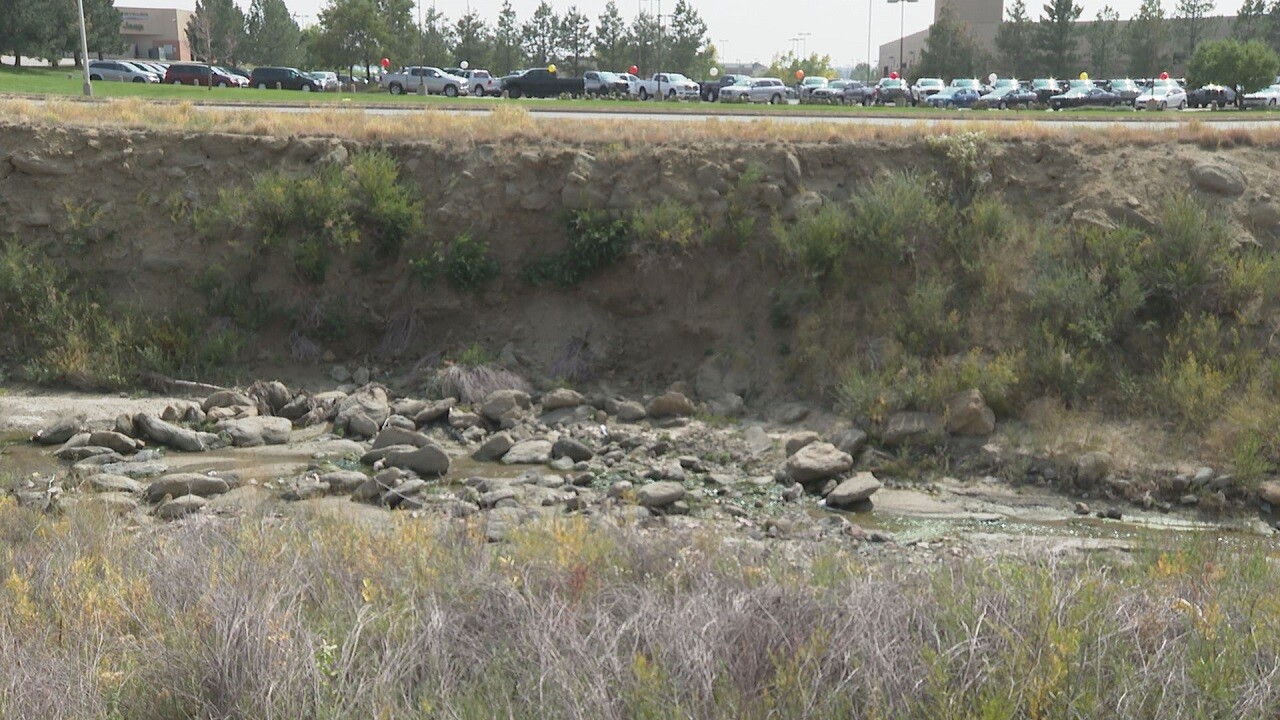 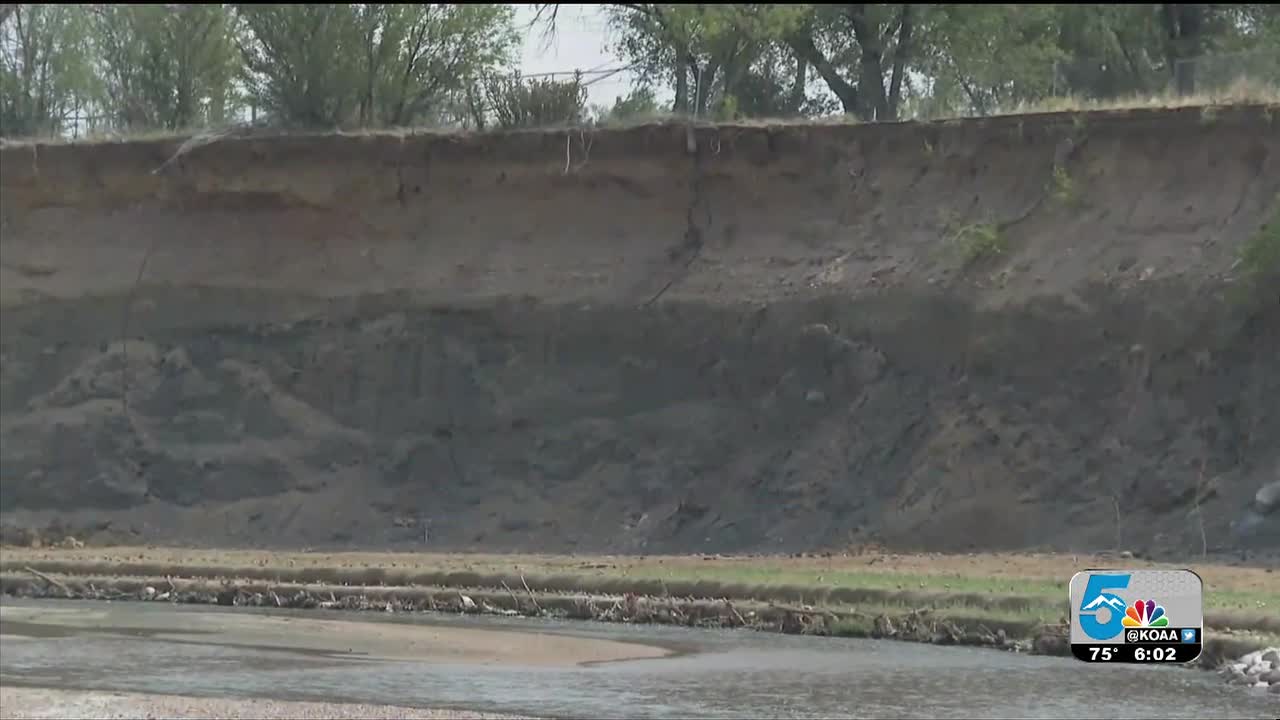 COLORADO SPRINGS, Colorado — The banks of Cottonwood Creek have eroded their way dangerously close to Woodmen Road near the intersection with Austin Bluffs Parkway. The erosion is also very near some high power utility transmission lines. The damage is the result of years of increased storm runoff from neighboring developments that drain into the creek.

"If you have increased volume, right, not as much water is soaking in, the volume will lead to channel destabilization," explained Richard Mullady, Stormwater Enterprise Manager for the City of Colorado Springs.

A stabilization plan to stop the erosion is currently in the design phase. Mulledy expects the project to go out to bid soon.

"It's about $4 million for the first phase. And then, actually, by the time we finish all the way up Powers, you're looking about $15 million."

This project is one of the dozens of stormwater improvements listed in a 20-year Intergovernmental Agreement between the City of Colorado Springs and Pueblo County.

In 2016, the Environmental Protection Agency and the State of Colorado sued the City of Colorado Springs for violating the federal Clean Water Act. Pueblo County and the Lower Arkansas Water Conservancy District later joined the lawsuit as intervening parties.

Mulledy said City has completed about a quarter of the 71 stormwater projects listed in the Intergovernmental Agreement with Pueblo County.

The most recent court filing suggests that lawyers from all sides in the lawsuit are close to reaching a settlement. They asked the judge for another 90-day extension in order to complete a global settlement that would become a Consent Decree.

"A final proposed Consent Decree was not ready to be presented to the appropriate approval authorities in the timeframe anticipated by the Parties when we requested our last extension," the attorneys wrote in their August motion.

Many communities view the Clean Water Act as an unfunded federal mandate that pushes the costs of large scale infrastructure projects onto local governments.

"The federal and state governments telling localities what to do and how to spend their money and most of the time not providing resources for us to be able to fulfill those orders," said David Berger, Mayor of Lima, Ohio and the Vice-Chair for the U.S. Conference of Mayors' Environment Committee.

He explained that new monthly fees charged by local governments have a disproportionate impact on low-income households and people on fixed incomes. The US Conference of Mayors joined with the National League of Cities and the National Association of Counties in applauding a proposed new rule by the EPA to take into account the cost to consumers of new regulations.

Berger explained that different groups within the EPA will typically draft rules and orders for local governments regulating drinking water, wastewater, and stormwater. Those branches of the agency create those rules independent from each other.

"What EPA has now issued is a new procedure for how all of those water impacts will be thought about in terms of, specifically, the affordability for the poor and middle-income households."

A 30 public comment period for the new EPA rule will begin once the proposal is listed in the Federal Register.