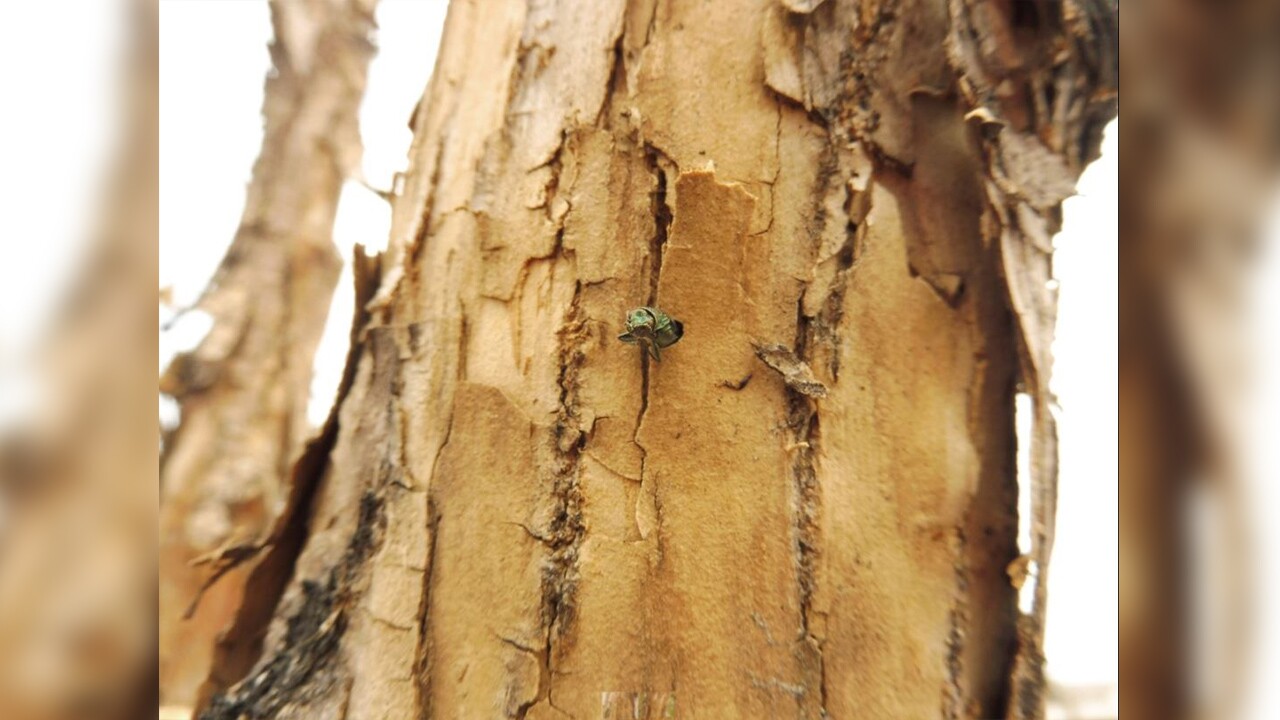 WESTMINSTER, Colo. — Another case of emerald ash borer in Colorado has been found in Westminster, making this the second confirmation of the beetle's presence outside of a federal quarantine that includes Boulder, Gunbarrel, Longmont , Lafayette, Lyons and Superior. The first case of an emerald ash borer (EAB) outside of the quarantined area was in Broomfield in August.

It is unclear how the borers found in both areas got there – whether it arrived naturally from the nearby quarantine zone or was transported accidentally via humans.

No trees in either area were found to be infested in Broomfield and the quarantine boundaries will not be changing “at this time” because U.S. Department of Agriculture’s Animal and Plant Health Inspection Service (APHIS) rules require symptomatic trees to be found in order for the boundaries to change.

The quarantine is scheduled to be repealed this winter as officials expect the pests to spread, and want to allow communities to use other options for disposing of trees and management.

EAB is native to Asia and kills the trees by laying its eggs within the bark, after which the larvae feed on the tree. Trees can die within two to four years of becoming infested, officials say. The EAB is an invasive and destructive beetle that only attacks ash trees, which make up 15% of Colorado's trees statewide.

The EAB is an invasive and destructive beetle that only attacks ash trees, which make up 15% of Colorado's trees statewide.

The quarantine was set by the state Department of Agriculture in 2013 when EAB was first discovered in Boulder, where there is an estimated 98,000 ash trees.