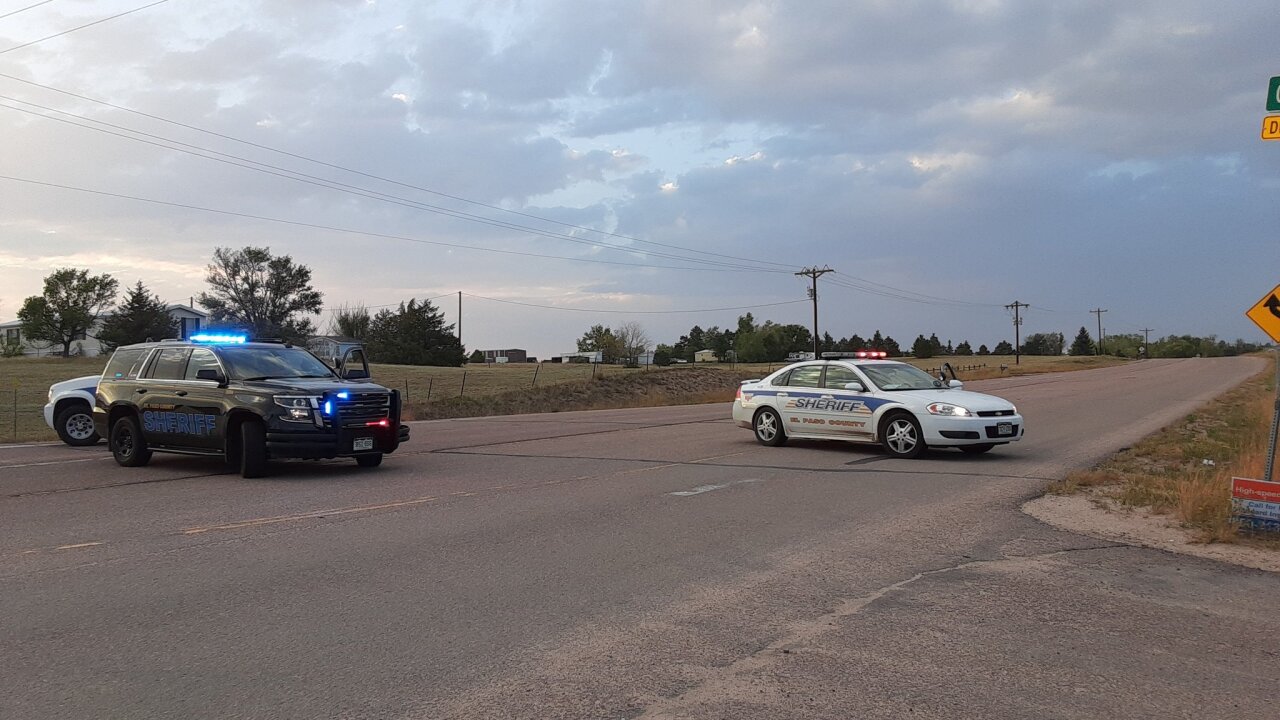 The Sheriff's Office said a Shelter in Place was put in effect from Curtis Rd east to Southfork Dr and from John Ross Court north to Falcon Highway.

Residents were advised to stay away from doors and windows.

A News 5 crew that responded to the scene learned that the situation began as a domestic dispute. The Sheriff's Office said a female caller reported her sister may be in harm's way and was being threatened to be killed.

When Sheriff's deputies arrived at the scene, they attempted to talk to the suspect but were unsuccessful. The woman inside the residence was able to sneak outside while the suspect was distracted and received assistance from EMS on scene. The extent of her injuries is unknown.

The Sheriff's Office identified the suspect as 67-year-old Craig Jackson.

The Sheriff's Office Tactical Support Unit responded to the scene and made entry into the home just before 8 p.m.

Jackson was taken into custody and booked into the El Paso County Jail on the following charges: