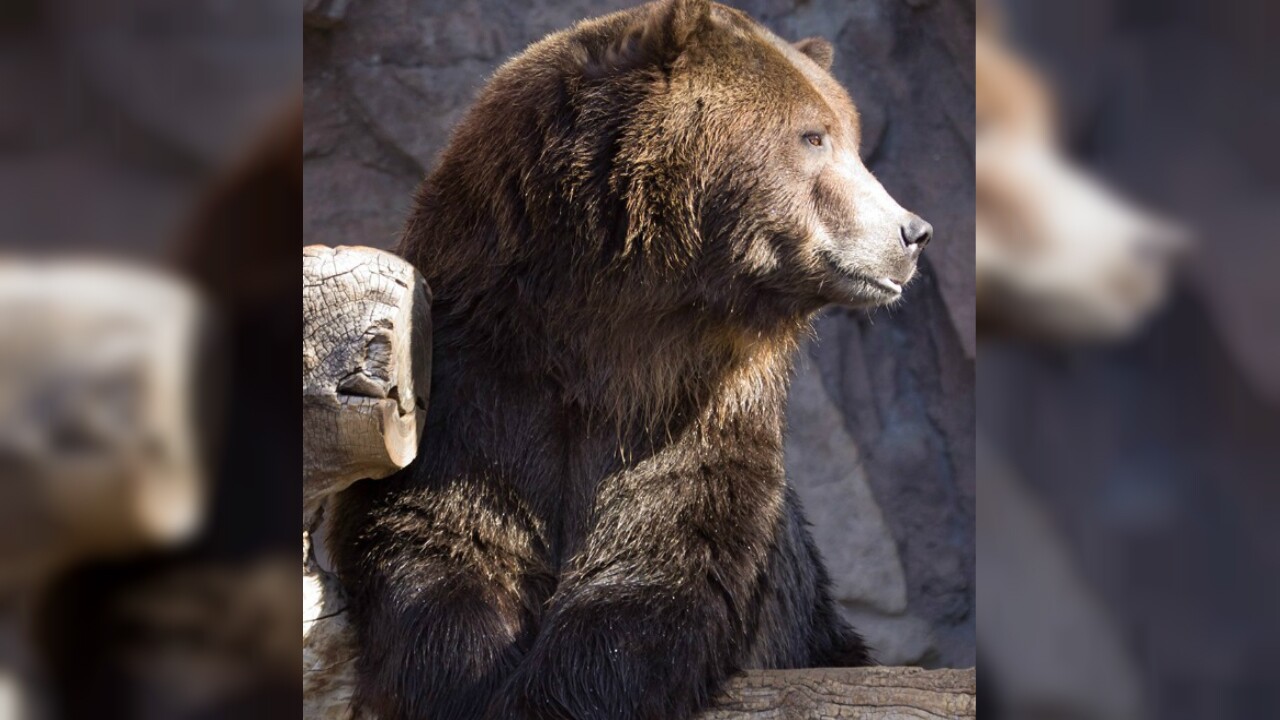 DENVER — The Denver Zoo's male grizzly bear died Tuesday after a long battle with arthritis and other health problems.

According to the zoo, 17-year-old Kootenai was humanely euthanized Monday.

"Kootenai was a big, loveable lug of a bear, who will be dearly missed by everyone, especially those who were lucky enough to have taken care of him,” the zoo's caretakers said.

Kootenai arrived at the Denver Zoo as a 6-month-old cub in 2002 after he was found starving and abandoned in Montana by U.S. Fish and Wildlife. Kootenai was then placed in Bear Mountain.

Six months later he was joined by Tundra, the zoo's female grizzly bear, who needed a home after her mother was euthanized because of coming into conflict with humans. The two were friends for more than 16 years and recently moved to their new habitat Harmony Hill.

The zoo said Kootenai was "an incredible, special animal, and his death is a loss for staff, volunteers and guests." They encourage everyone to pay tribute to Kootenai by visiting Harmony Hill and learn how to better coexist with bears and other wildlife.

We are saddened to share that Kootenai, our 17-year-old grizzly bear, was humanely euthanized following a struggle with significant arthritis & other health issues. According to caretakers, he was a “big, loveable lug of a bear, who will be dearly missed." https://t.co/XkBgHu3pk9 pic.twitter.com/fRrAscymWI