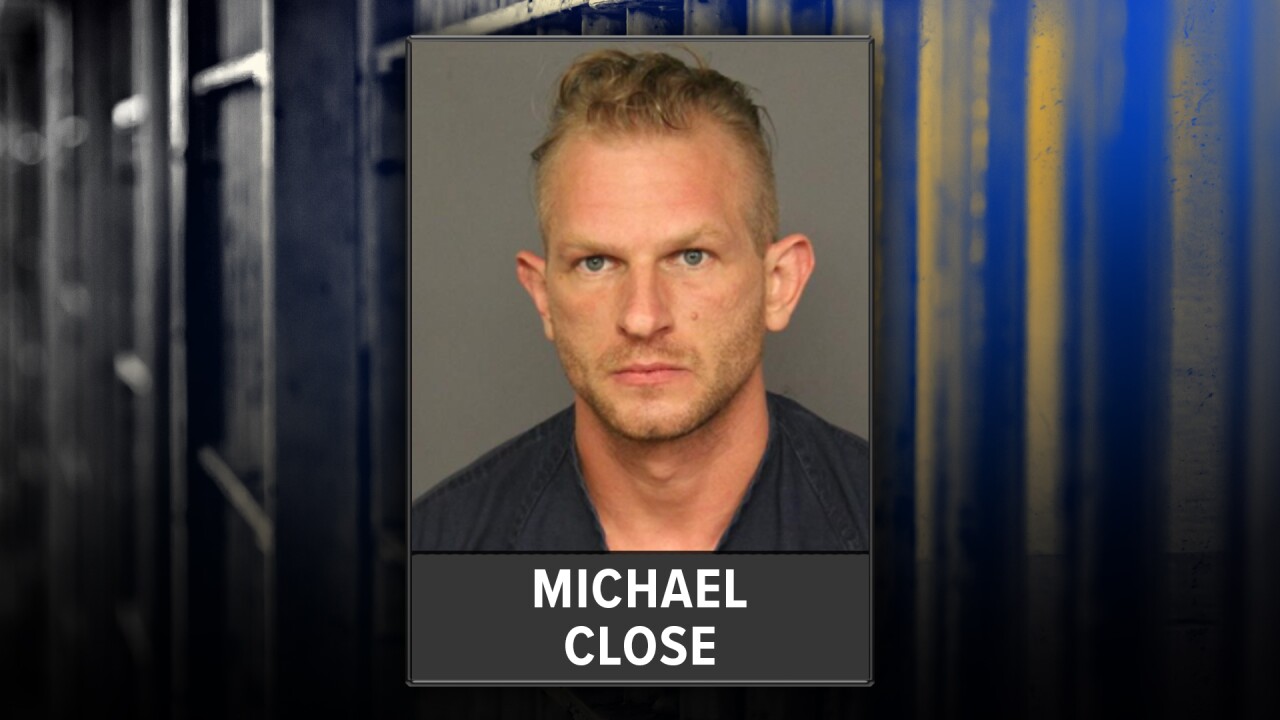 DENVER – Prosecutors have charged the man suspected of shooting a couple walking their dog in downtown Denver last week with 18 counts, including first-degree murder and possession of a large-capacity magazine during the commission of a felony, according to court records.

Michael Close, 36, is set to be advised of the formal charges in a Thursday court hearing. But online court records show he faces 12 felony counts, six misdemeanor counts and four possible sentence enhancers if he is convicted of shooting 21-year-old Isabella Thallas and 27-year-old Darian Simon last week outside an apartment complex in the Ballpark neighborhood.

Thallas died in the shooting and Simon was shot twice but survived, though he has already had to undergo surgery to repair a broken femur and is likely to require more, family members told Denver7 last week.

The records show that the charges were direct filed in district court on Monday. They and jail records show that Close continues to be held without bond and that he is set for an advisement hearing on Thursday morning.

According to a probable cause statement for his arrest, Close had yelled at Simon and Thallas while they were walking their dog outside an apartment complex at 3001 N. Fox Street last Wednesday and allegedly started shooting shortly afterward.

Simon told officers he heard a person yell at him through a ground-floor window of an apartment “asking if the victim was going to train the dog or just yell at it,” as officers wrote in the report. Simon said he saw what he believed to be a pellet gun pointed at him before hearing multiple shots and running away as he was hit.

Simon was shot in his back and leg, and Thallas died at the scene. The district attorney said the dog is OK.

Park County sheriff’s deputies stopped Close in a Mercedes just after 1 p.m. that day near U.S. 285 and Mt Evans Blvd. and he was brought to Denver to be interviewed.

Detectives said they found a pistol-grip rifle, handgun, gun belt and magazines inside the vehicle, according to the probable cause statement. The document lists an AR-15 as the weapon involved in the shooting.

More than 100 people attended a candlelight vigil for Thallas last Thursday and remembered her as a kind, loving and beautiful young woman who had just turned 21 that week.

Simon’s stepbrother described him as “literally one of the nicest humans you’ve ever met.” Simon is the co-founder of the “Be a Good Person” brand.

Alexa Saraff, a friend of Thallas's, told Denver7 that Simon "brought out the best in (Bella.) I could see that. When I saw her at the birthday party, she was just so happy. She was smiling."

A funeral service for Thallas will be held Wednesday at 10 a.m. at Church in the City in Denver. There are GoFundMe accounts set up for both Thallas and Simon.