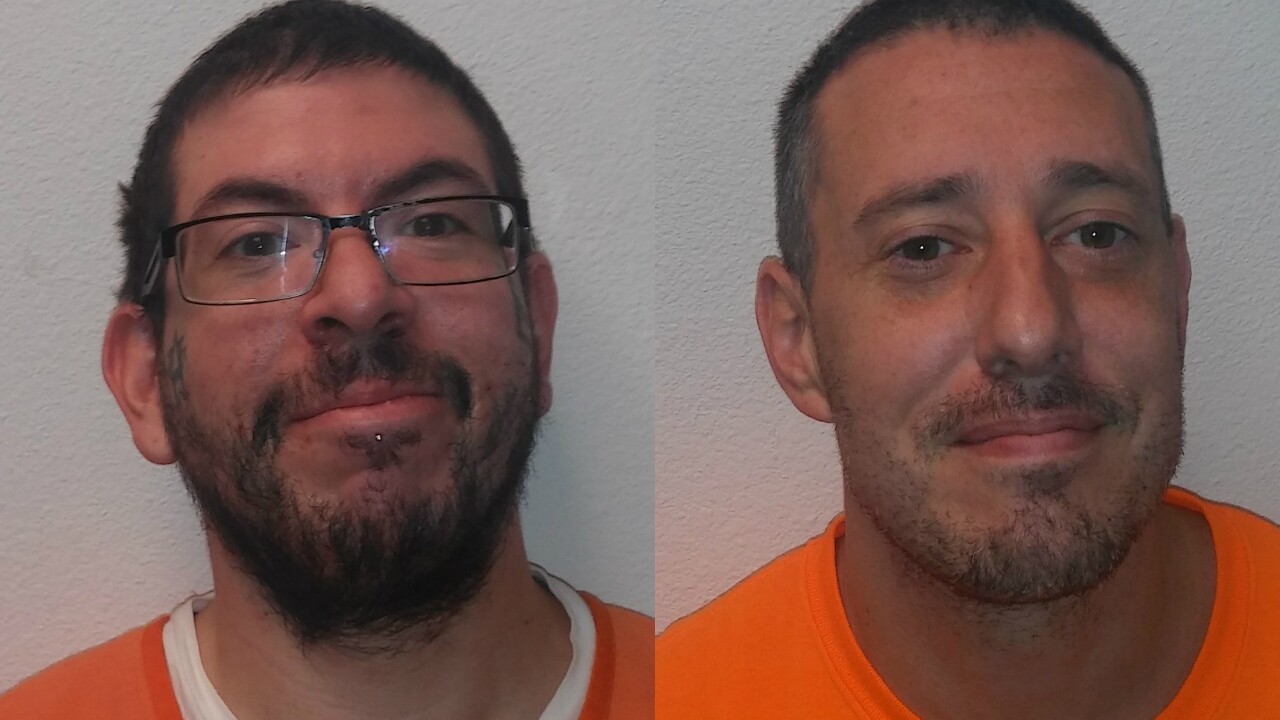 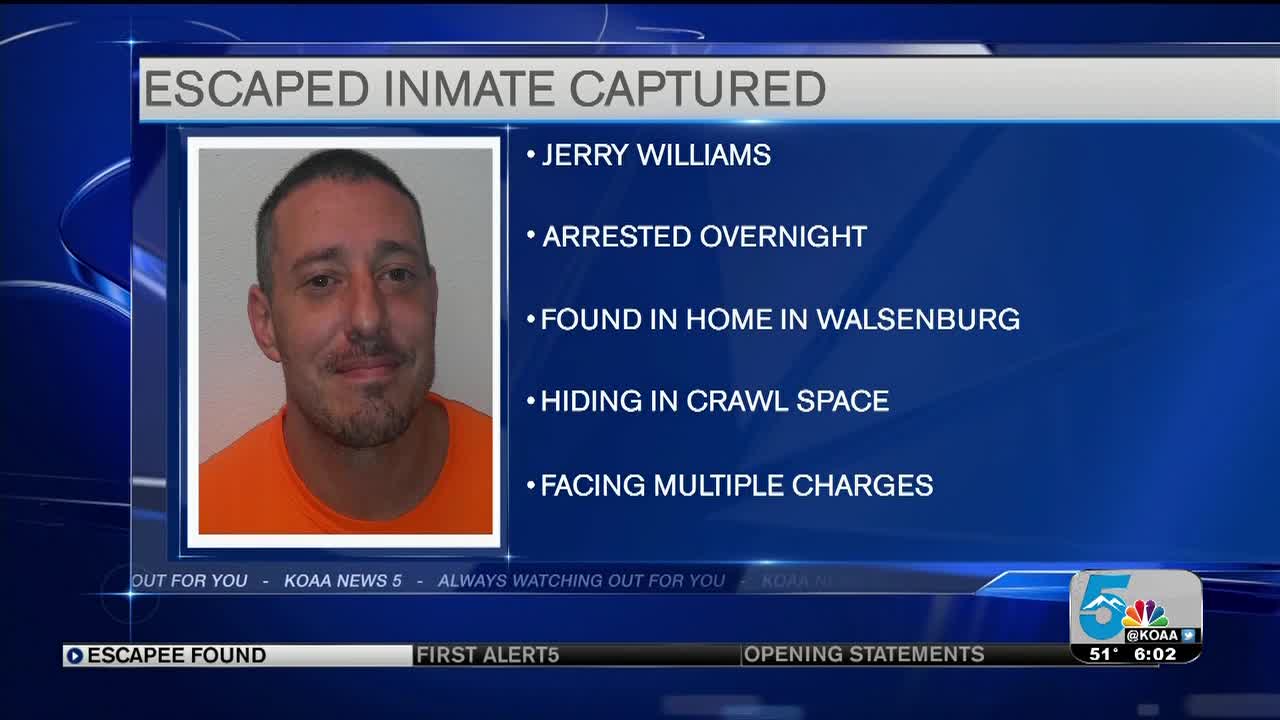 CUSTER COUNTY — The Custer County Sheriff's Office has one of two escaped inmates from the Custer County Jail back in custody after finding him hiding in a Walsenburg home Tuesday.

Tips led the Sheriff's Office along with the Huerfano County Sheriff's Office, Colorado State Patrol and the Department of Wildlife Violent Offender Task Force to arrest 39-year-old Jerry Williams, who is pictured on the right in the photo above.

Authorities said after they received a search warrant for the home, they found Williams hiding in a crawlspace and refusing to come out.

Deputies used pepper spray and eventually were able to take him into custody.

He is being charged with multiple felony and misdemeanor charges stemming from the escape to include kidnapping, second-degree assault on a peace officer, escape, and aggravated motor vehicle theft.

On Jan. 14, the Sheriff's Office located the minivan abandoned in an open field in Walsenburg stolen by Williams and 30-year-old Bryan Webb after they escaped.

Authorities said the two men escaped from custody Jan. 12 when they overpowered the detention deputy and locked her in a cell.

They were able to take the jail key and radio from the deputy along with keys to a minivan and escaped the building.

Webb was wearing orange pants and shirt and also had a black Custer County Sheriff's Office jacket. He is considered dangerous.

Webb was being held on drug charges, introduction of contraband into a detention facility and assault on a peace officer out of Huerfano County. He is 6'3", 250 pounds with black hair and hazel eyes. He is clean-shaven as of Jan. 12.

If you see them or have any information about their whereabouts call the communications center at 719-276-5555 extension #8.