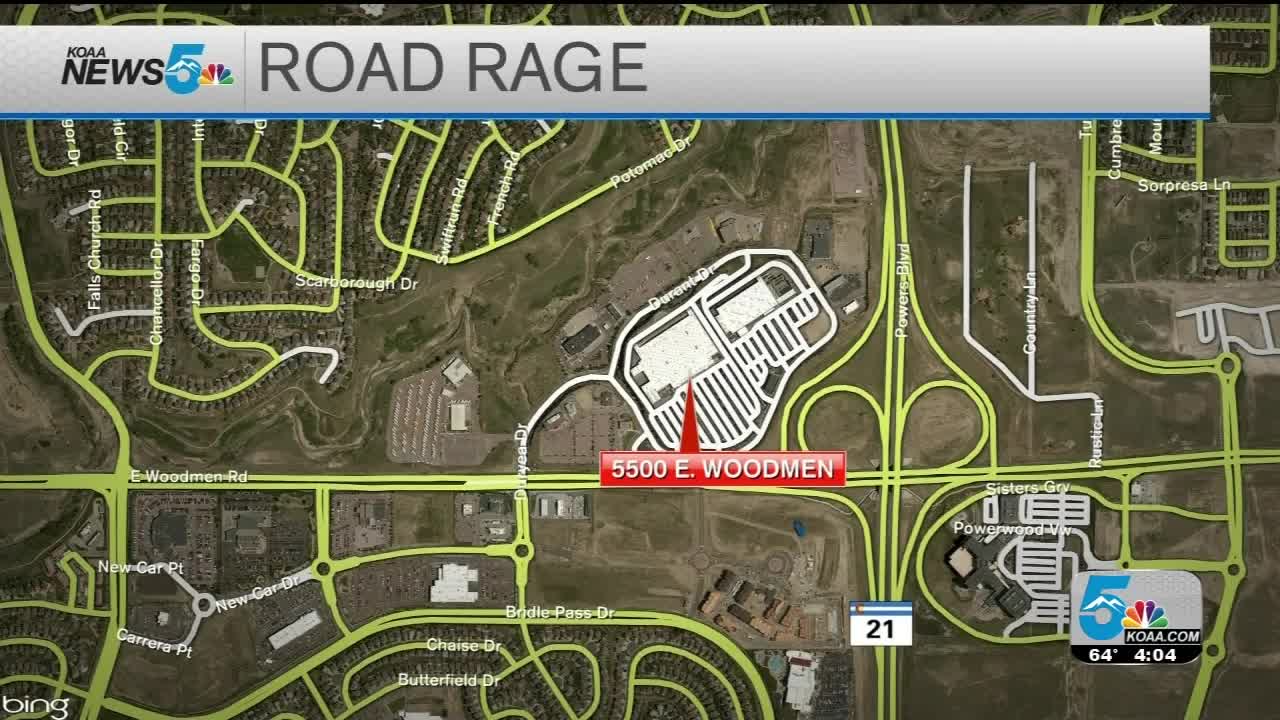 COLORADO SPRINGS — Colorado Springs Police are looking for a suspect involved in a road rage incident on Saturday.

According to CSPD, officers responded to a report of a road rage weapon menacing incident around 1:30 p.m. Saturday in the area of 5500 E. Woodmen Rd.

The victim turned off the road and the suspect vehicle continued east on Woodmen, past N. Powers Blvd.

According to CSPD, the suspect vehicle was described as a newer, four-door pickup truck painted in "Penn State Blue." The vehicle also had tinted windows and possibly a hand grenade sticker on the rear window.

The suspect is described as a white or Hispanic male, 40 - 50 years old, with a bald head and a goatee. He also possibly had an unknown tattoo on his neck and forearm.

If anyone was witness to this incident or has more information, they are asked to contact CSPD.