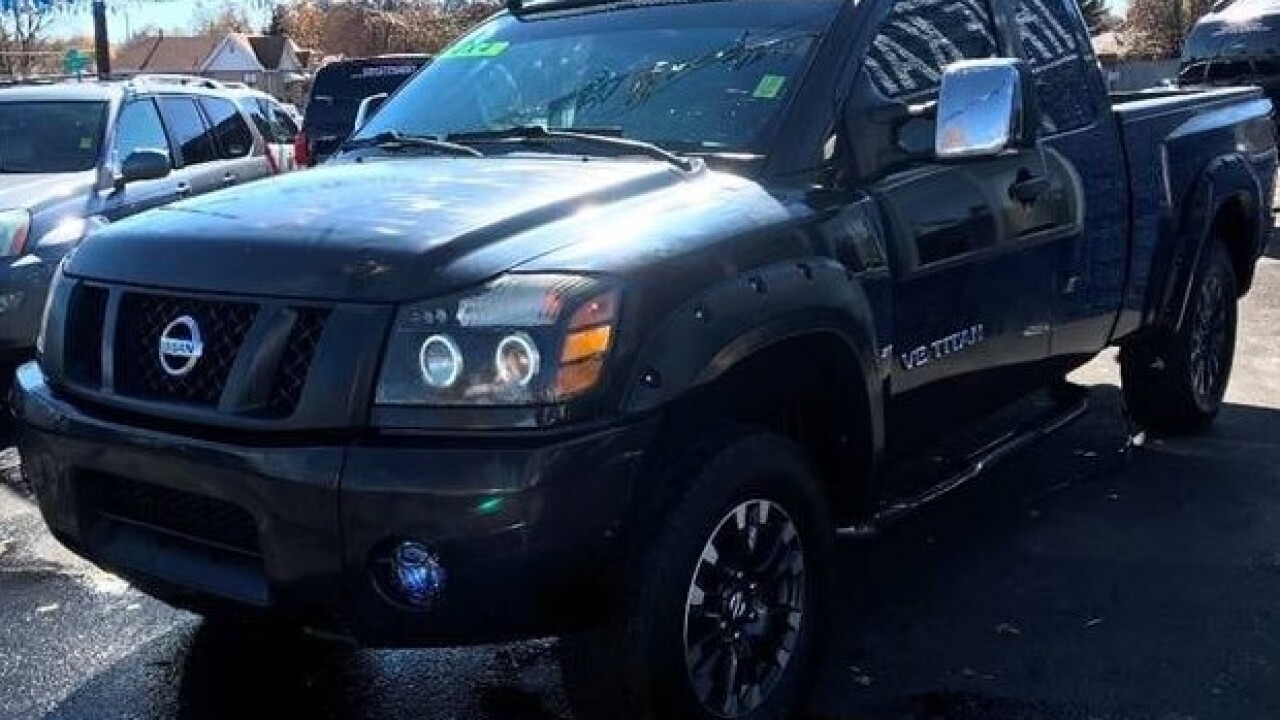 ADAMS COUNTY — The Colorado State Patrol is looking for help from the public in locating a vehicle involved in a fatal hit-and-run crash earlier this week in Adams County.

Troopers said 39-year-old Anthony Martinez was using the crosswalk on May 3 just before 2 a.m. at Federal Boulevard at 60th Avenue (west to east) when he was struck by a southbound vehicle that left the scene.

The Aurora resident was declared dead on the scene. Investigators now believe the suspect's vehicle is a black Nissan Titan pickup truck with a LED light bar on the roof and Colorado license plate of #AFOB28 on it.

The Nissan Titan was last seen going southbound on Federal after the crash.

Anyone with information related to the vehicle is asked to please contact the Colorado State Patrol at (303) 239-4501, reference case number 1D201293.