CPW shares photo of deer that died with cancer, bird seed in stomach 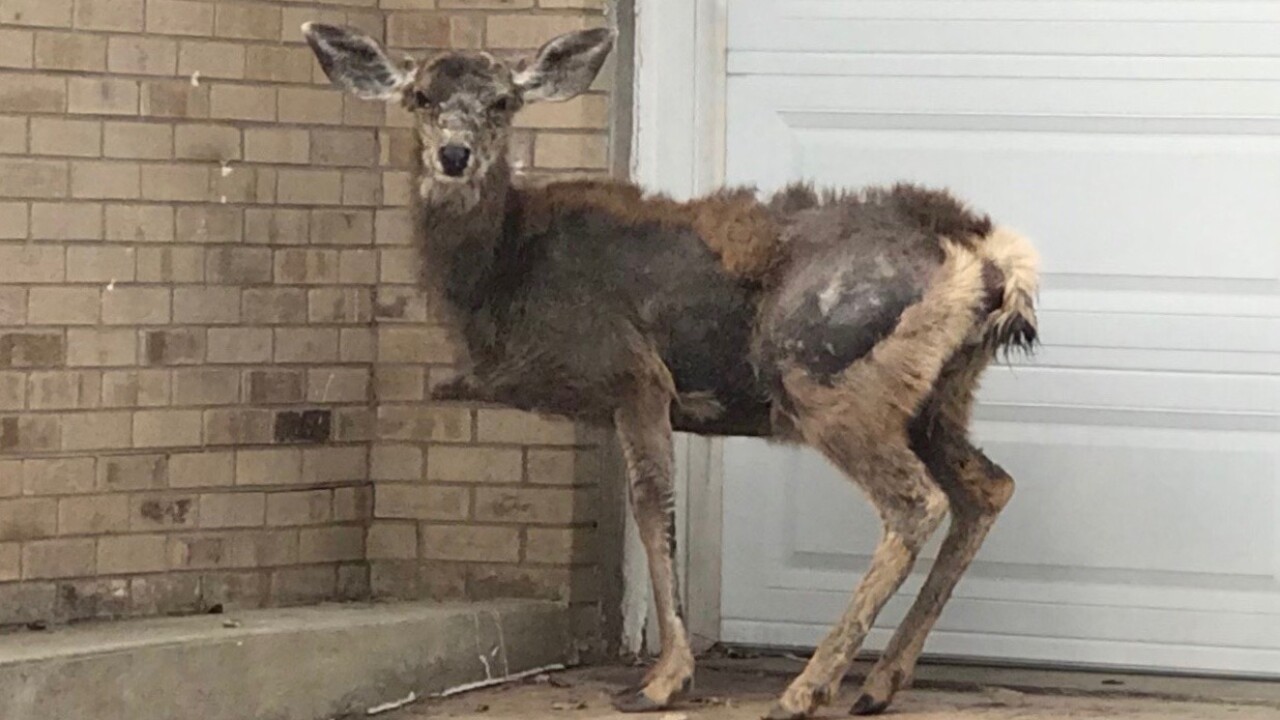 COLORADO — Do not feed wildlife. It's a message Colorado Parks and Wildlife continues to remind people of as more deer die due to the foods they are consuming.

CPW shared a tweet Monday of a deer that had cancer and later died with a "stomach full of bird seed." Feeding wildlife will not only harm the animal, but it is against the law.

This poor deer had cancer & died with a stomach full of bird seed. When people feed wildlife, it may fill their bellies, but it is not giving them the nutrients they need to survive. Everything gets worse for wildlife after people introduce non-natural foods to them. pic.twitter.com/iTxVlGFGkG

The agency explains on their website that deer have a specialized stomach. CPW says "they eat wild grasses, forbs and shrubs" and when they eat anything other than that, their stomach produces too much acid.

The acid then burns through the stomach lining that lets bacteria into the blood and causes "diarrhea, water loss (dehydration), brain damage and hoof problems (laminitis)."

Animals can die shortly after the acid's effect or live longer and die from liver or brain damage, according to CPW.

In 2018, the Colorado Springs City Council passed two ordinances prohibiting people from feeding wildlife within Colorado Springs city limits. One of the ordinances allows code enforcement officers to enforce state law that bans feeding animals and the second one outlines warnings and fines.

Now, Colorado Springs citizens can face a fine up to $500 if they are cited for feeding wildlife. Leaving out hay, grain, minerals, salt or other foods for wild animals to eat is prohibited under the ordinance. The law would not apply to bird feeders, landscape elements, or persons running an animal shelter, education center or rescue.