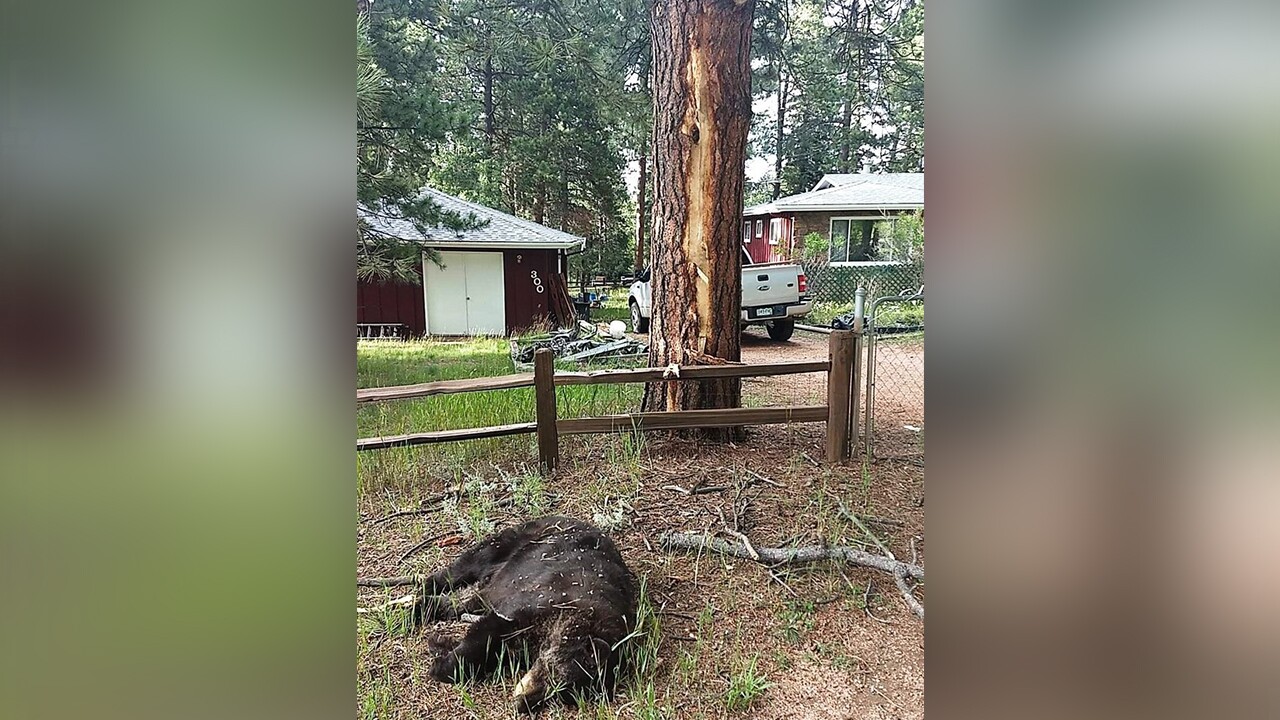 WOODLAND PARK — Colorado Parks and Wildlife said a 300-pound male bear died after it was struck by lightning while climbing a tree in Woodland Park.

The photo showed a split in the tree, and the body of the bear on the ground near the base of the tree.

A National Weather Service study said July and August were the most lightning-prone months in the state, and the Palmer Divide, an area just to the east of Woodland Park is the worst spot in the entire state of Colorado for lightning strikes.