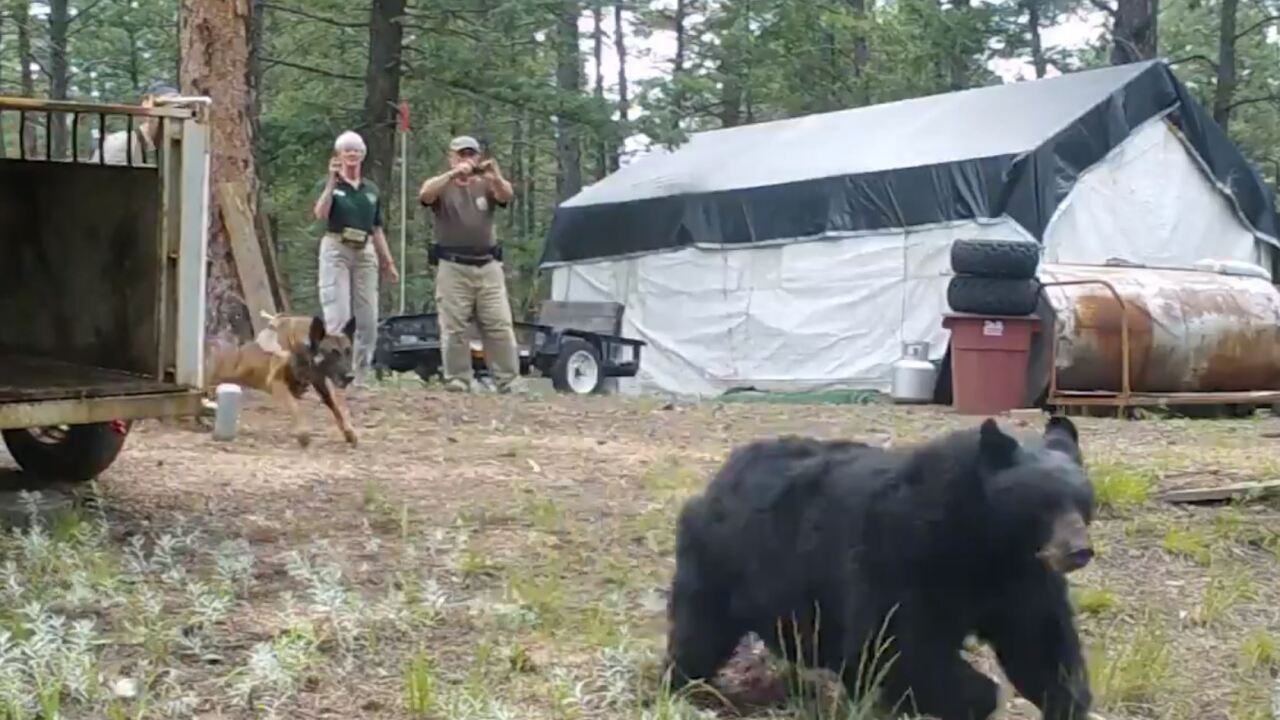 TELLER COUNTY — Colorado Parks and Wildlife released video Monday showing officers scaring off a bear that was recently trapped near a home in Teller County.

While the officers in the video may seem mean, they're actually doing the bear a favor.

Hazing is a technique to discourage interactions between bears and humans. CPW said it saved a bear a "strike." Strikes are assigned to bears each time they are trapped following interactions with humans. Under CPW policy, if a bear receives two strikes, it is euthanized.

For this bear, it was shot with rubber slugs and chased by a CPW K9 officer as it was released from CPW custody.

The video can be seen below:

Bears being comfortable around people is not natural behavior. K9 Samson is trying to reinforce/teach bears that people & dogs are not a good to be around. Samson & his wildlife officer partner Ian Petkash, along with officer Tim Kroening from @CPW_SE, saved this bear a strike. pic.twitter.com/rG7LxOR6Iu