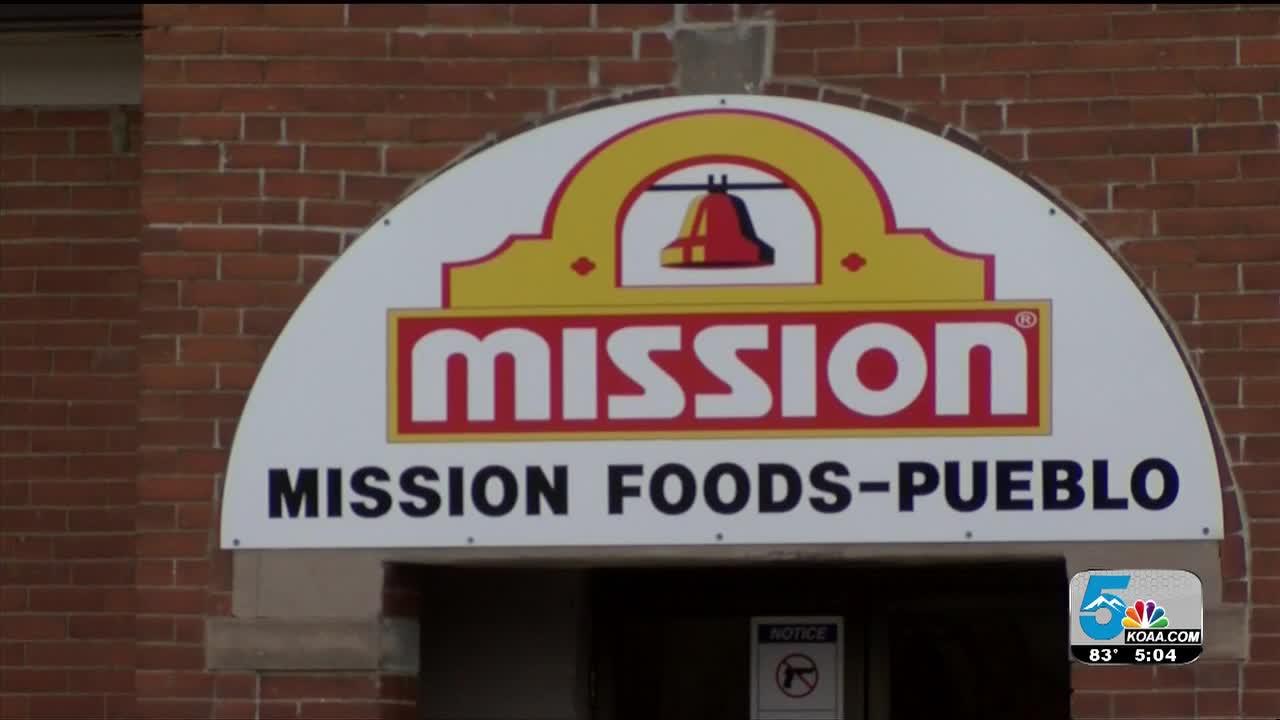 SIX WORKERS are CONFIRMED COVID-19 POSITIVE AT THE MISSION FOODS PLANT IN PUEBLO.

PUEBLO — Six workers have been confirmed COVID-19 positive at the Mission Foods plant in Pueblo.

This makes the plant the county's largest outbreak location.

According to the United Food and Commercial Workers International Union (UFCW), Mission Foods didn't confirm the first positive case until confronted by the UFCW on May 21st. This came after workers reported that people in hazmat suits were on site cleaning out lockers.

Since the beginning of the outbreak, workers have reported to the union that Mission Foods notified them that they will not be paid of they stayed home while waiting for their test results. If Mission Foods revokes pay for workers taking the safety measure of staying home while awaiting test results, it would be in violation of a Colorado state order that requires employers to provide up to four days of paid leave for workers awaiting COVID-19 test results.

In addition to calling on Mission Foods to rescind their threat of withholding pay to those that are awaiting test results or have doctor’s notes to quarantine, the UFCW released the following list of demands to protect the health of the 200 workers at the plant:

Mission Foods is a subsidiary of Gruma Corporation [gruma.com], a Mexican owned tortilla company that sells products under various name brands. The UFCW represents 200 members at the Mission Foods plant in Pueblo.