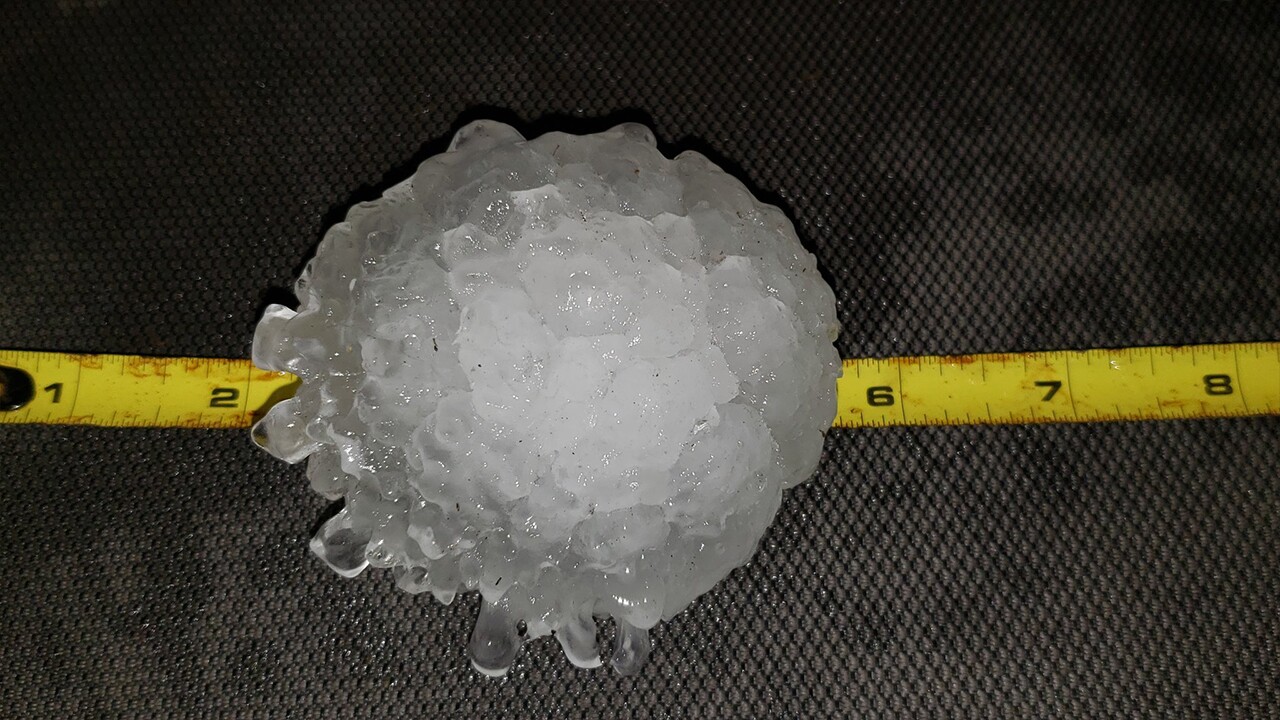 COLORADO SPRINGS — As Colorado slips away from July and deeper into August, severe hail chances get lower and lower.

Severe weather starts to arrive in southern Colorado by mid to late Spring. Springtime brings warmer air and a more active jet stream, two key ingredients in fueling stronger thunderstorms. One of the biggest severe weather threats along the front range is hail.

Hail is a particularly big fear for Colorado Springs and Denver, not only for their size, but elevation. The bigger the city, the more likely at least some part of town is to get hit by severe hail. The higher the elevation, the less a hail stone will shrink from evaporating.

Statistically, severe hail reports decline rapidly through August
Severe hail, both across the Front Range and eastern Colorado, tends to spike in June and steadily decrease through August. Russ Schumacher, the state climatologist for Colorado and Sam Childs, one of his PhD students at Colorado State University, have developed some figures below that show this decrease through time.

Eastern Colorado, from the foothills east to the border, shows a very similar pattern through time. Severe hail reports spike in June, and decrease dramatically through August. When comparing the two graphs, eastern Colorado has around 9 times the reports in each month with hail and more activity from March through October. The biggest reason for this difference is the size of the areas being compared, with the foothills to the plains obviously being much larger

Why was the August of 2018 so destructive?

If hail severe hail reports on average decrease through August, then why was the hail storm in 2018 that hit Colorado Springs, Fountain, and the Cheyenne Mountain Zoo so bad? Simply put, 2018's August hail storm was bad luck. Even though severe hail reports statistically decrease through August, storms can be severe in southern Colorado well into November. All the right ingredients were in place for severe weather across southern Colorado, and storms lined up just right to explode over Teller and El Paso County.

The point of this story is that even though severe hail can happen well into the Fall, severe hail does get far less common during and especially after August. Every storm should be watched carefully in southern Colorado, and the best way to stay on alert is to follow the forecast from the First Alert 5 Weather Team.