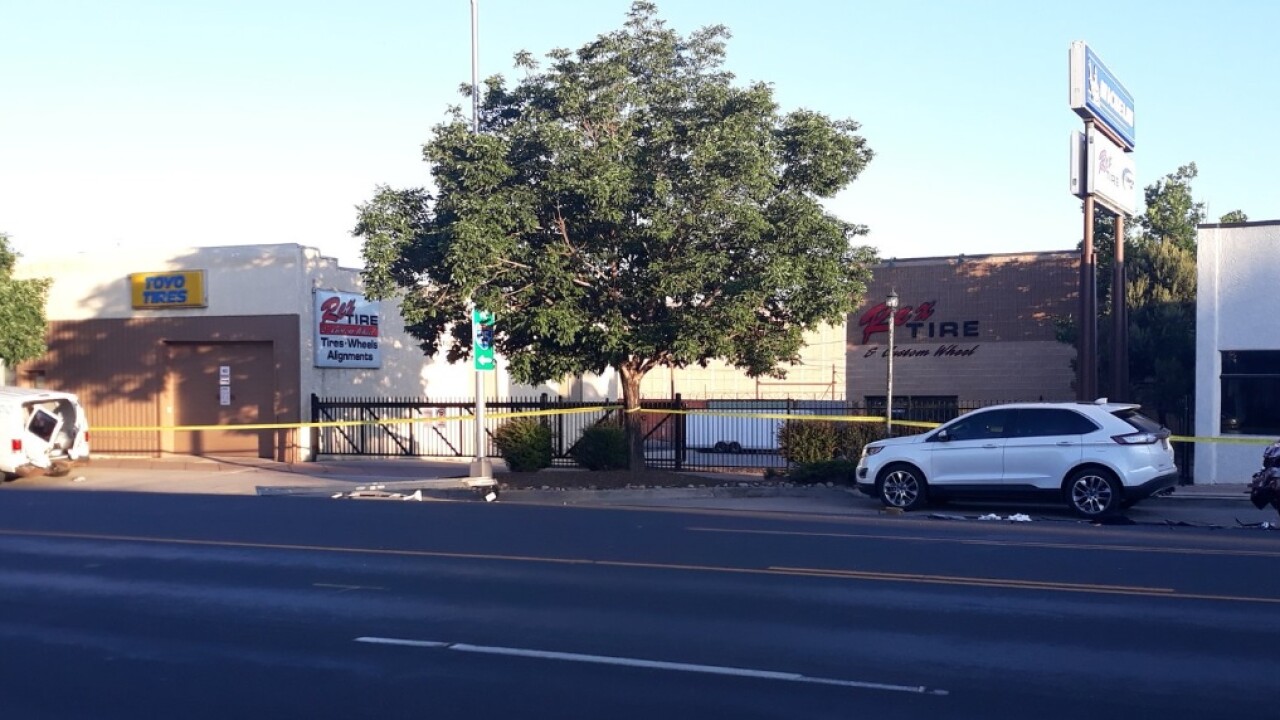 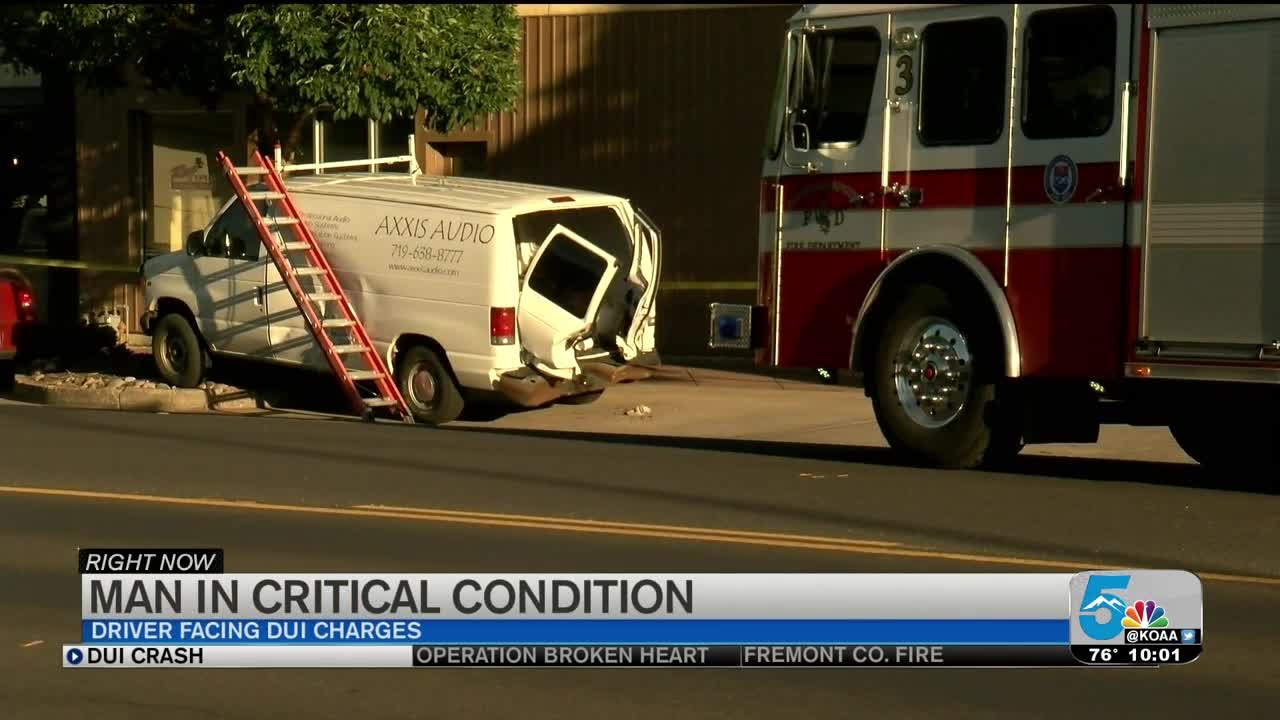 COLORADO SPRINGS — A woman was arrested for drunk driving and critically injuring a pedestrian Tuesday night in Old Colorado City.

Crews were called out to Colorado Avenue near Chestnut on reports of a crash involving a pedestrian just before 6:45 p.m. Tuesday. Police tell News5 an officer was right behind a red SUV heading east on Colorado Ave. when it side-swiped three parked cars and then slammed into the back of a work van.

We don't know who the victim is yet, but the side of that van reads "Axxis Audio." We also learned a man was unloading equipment from the back of it. He was between both vehicles when the SUV hit and was rushed to the hospital. The man was initially listed in critical condition, but police now say he suffered serious injuries, but those injuries are not considered life-threatening.

The woman who was driving the SUV has been arrested and is facing DUI charges.

Colorado Avenue was closed between Limit Street and Walnut Street for hours Tuesday night. It reopened just before midnight.