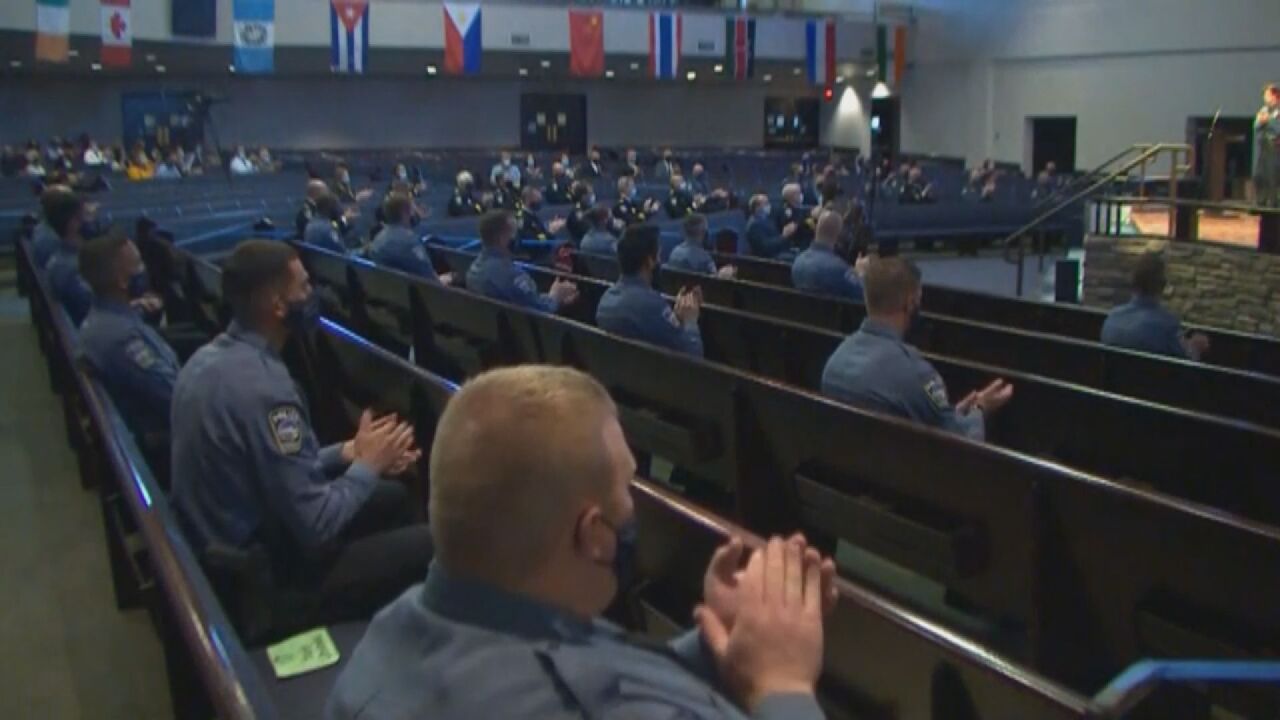 Copyright 2020 Scripps Media, Inc. All rights reserved. This material may not be published, broadcast, rewritten, or redistributed.
Pool Camera
The class has 30 recruits who are now new officers on the force. 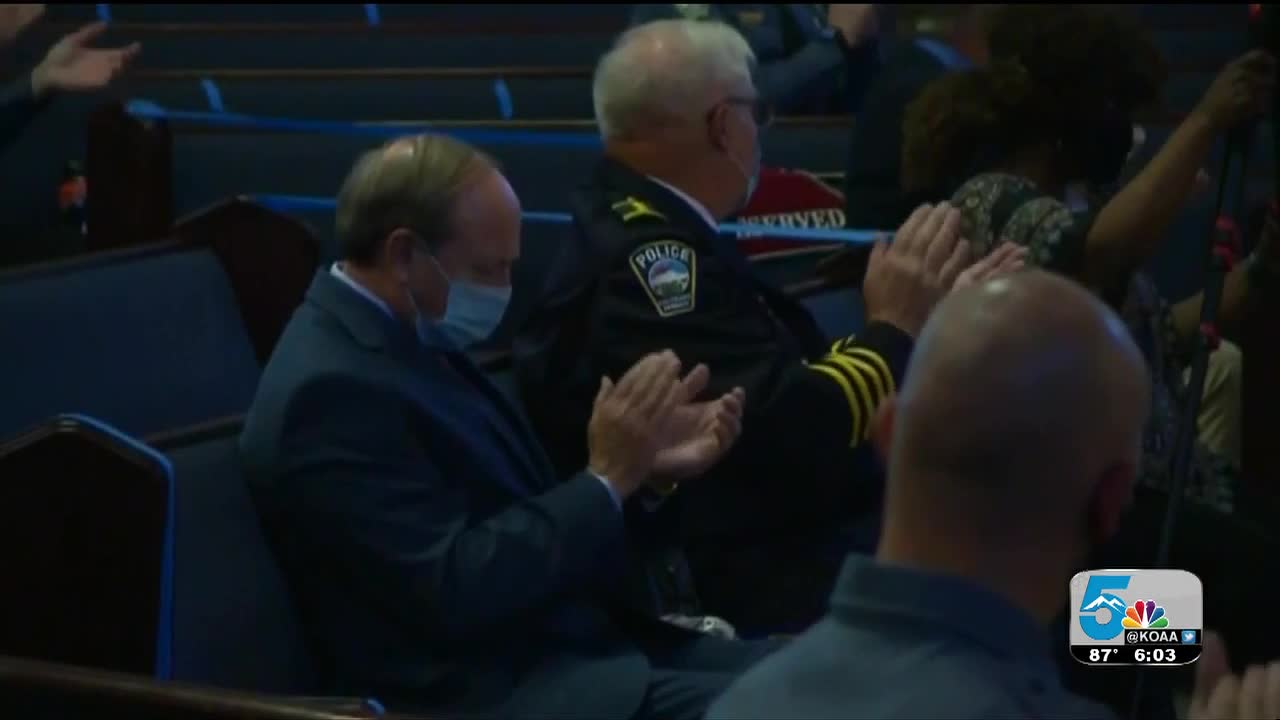 The recruits overcame a year filled with challenges, ranging from COVID-19 to scrutiny on law enforcement across the country.

The Police Training Academy had to adapt to the public health guidelines back in March, which is also when they started the training. So, they had to go virtual for the first nine weeks. "Challenging way to do a job that requires a lot of face-to-face interaction," said Officer William Parsons, one of the graduates.

Eventually, the class was allowed to meet in small groups. "I think the class has a very strong bond, probably a unique one compared to the rest of the academy classes that were able to work together much more frequently... It will kind of unite us as a group as well, from the challenges we faced," said Parsons.

Parsons said he is excited to serve the community in the same way he served his country for 25 years.

Another graduate who grew up in Fountain is Justin Cropper. "We weren't sure if we were even going to have a class," said Cropper, when reflecting on the beginning of the year.

Cropper said he has never been deterred by those who criticize law enforcement. "I've always been aware that certain people had a certain image of police officers and I get it, you know. The way things are portrayed, it's not always that way... The police officers, we care, and we want to do right by you. So, what better way to show that then to be a police officer?" said Cropper.

By the end of the month, these new officers will be out on the street. "Everybody's got their first amendment rights and they can feel and believe how they choose. But we hope we can change their opinion of police, that we can serve the community equally and effectively across the board, regardless of people's political ideations or stances on anything that's going on. You know, we want the opportunity for people to judge us based on our actions individually," said Parsons.