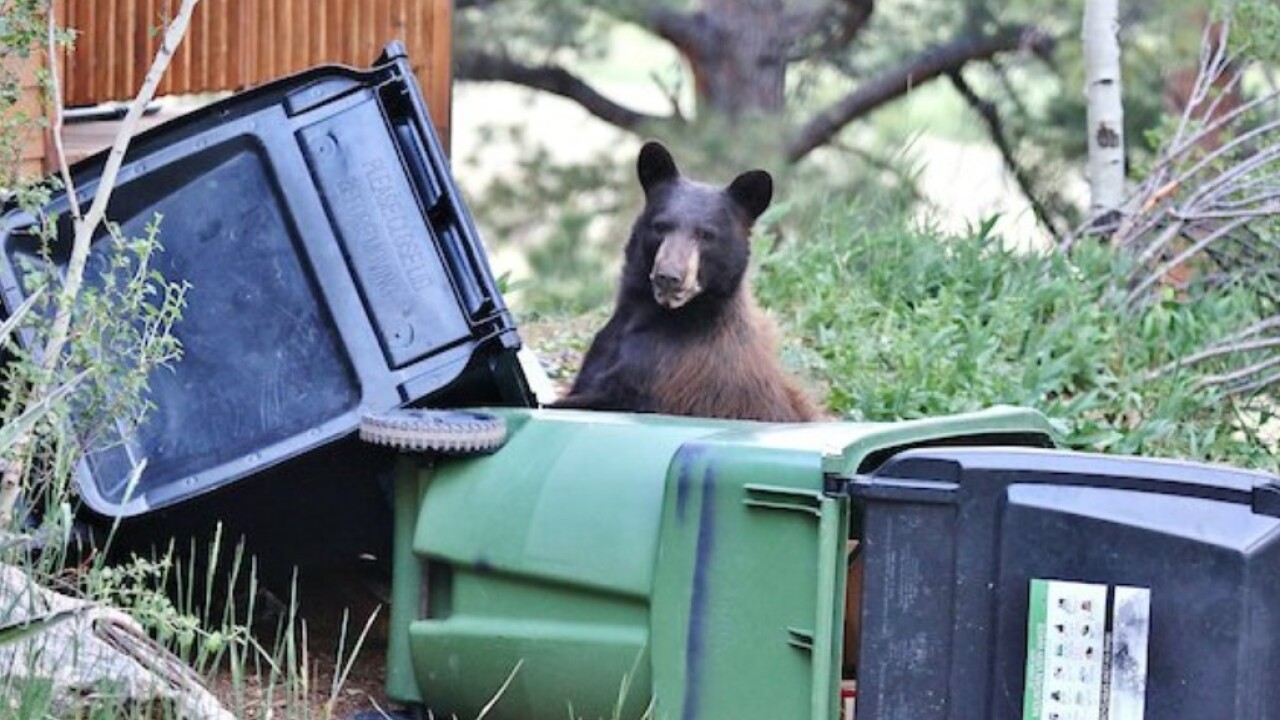 COLORADO SPRINGS — Two Colorado Springs City Council members are asking for citizen input on a proposed plan to require bear resistant trash cans on the western side of the city.

Council President and District 3 Representative Richard Skorman and District 1 Representative Don Knight will hold two public meetings later this month to talk about the proposal. The first meeting is scheduled for August 22 at 6 p.m. at Fire Station 18 at 6830 Hadler View. The second meeting is scheduled for August 29 at the Westside Community Center, which is located at 1628 W. Bijou Street.

Both Skorman and Knight represent neighborhoods west of I-25, which is the proposed "bear management area" where residents would be required to follow the ordinance.

The proposed ordinance would require people living in the area to store "bear attractant" waste in a secured structure at all times, except for collection days. On collection days, containers cannot be placed outside before 5 a.m. and must be picked up by 7 p.m. on trash day. If adopted, the ordinance would apply to single-family residential, multi-family residential, commercial, and industrial structures.

The proposed ordinance is designed to decrease the number of human-bear interactions in Colorado Springs. According to Colorado Parks and Wildlife, 30 bears were euthanized in El Paso County due to interactions with humans.