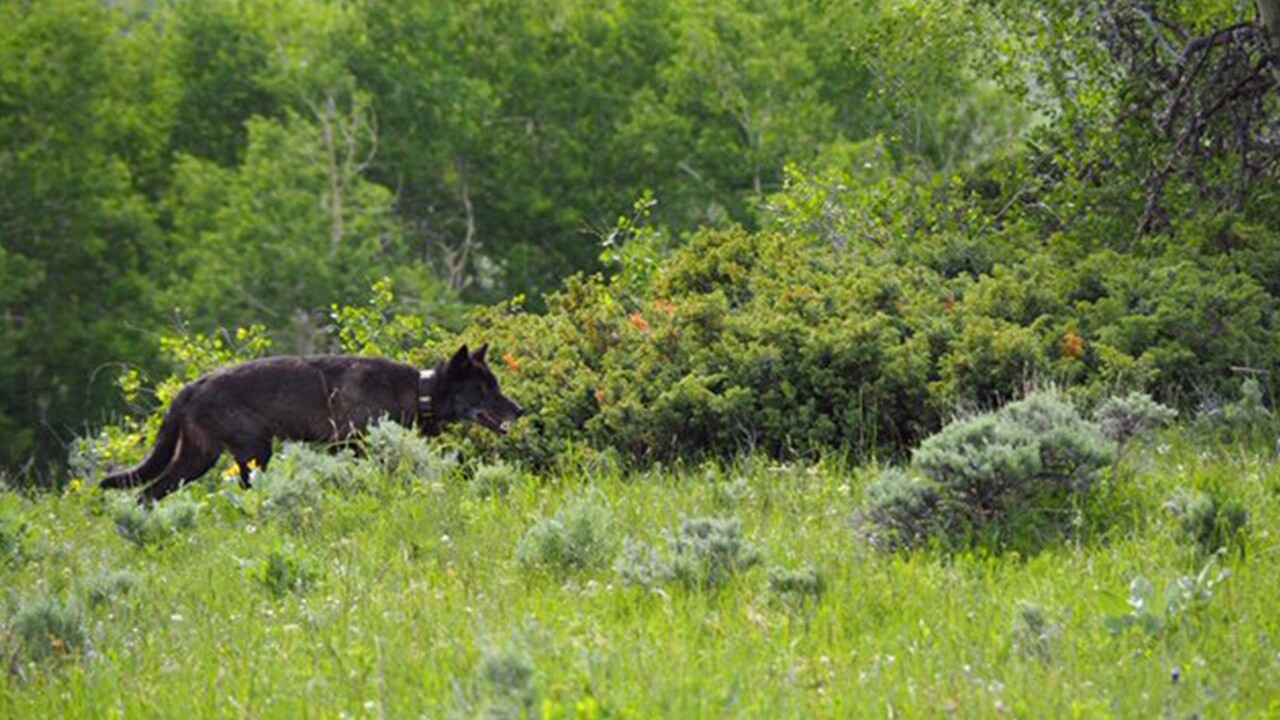 JACKSON COUNTY — Colorado Parks and Wildlife biologists are investigating two wolf sightings in the northern part of the state.

Colorado Parks and Wildlife posted a photo to its Facebook page Monday that appears to show a gray wolf walking through tall grass in Jackson County last weekend. Jackson County is located between Fort Collins and Steamboat Springs in the northern part of the state. It also said it received a report of a separate sighting in Grand County. CPW did not disclose further details about where either sighting occurred.

You may have seen our wolf sighting tweet earlier this evening.

We accidentally shared the wrong wolf sighting photo. Here are the correct ones from over the weekend. (note the tracking collar)

As we continue to get more information we will share it. pic.twitter.com/lm0HXWwK3V

Gray wolves have been gone from Colorado since the 1940s, when they were eradicated from the state by hunting and trapping. CPW's website notes that while wolves were not reintroduced into the state, that it's possible wolves could migrate from Wyoming, Idaho, Montana, New Mexico and Arizona. In those states, the U.S. Fish and Wildlife Service brought wolves back into the habitat.

Colorado Parks and Wildlife posted a video of a probable sighting about 10 miles south of the Wyoming border in Jackson County in 2007.

Meanwhile, CPW is working to track wolf sightings across the state. If you see one, you're encouraged to report it by clicking here.