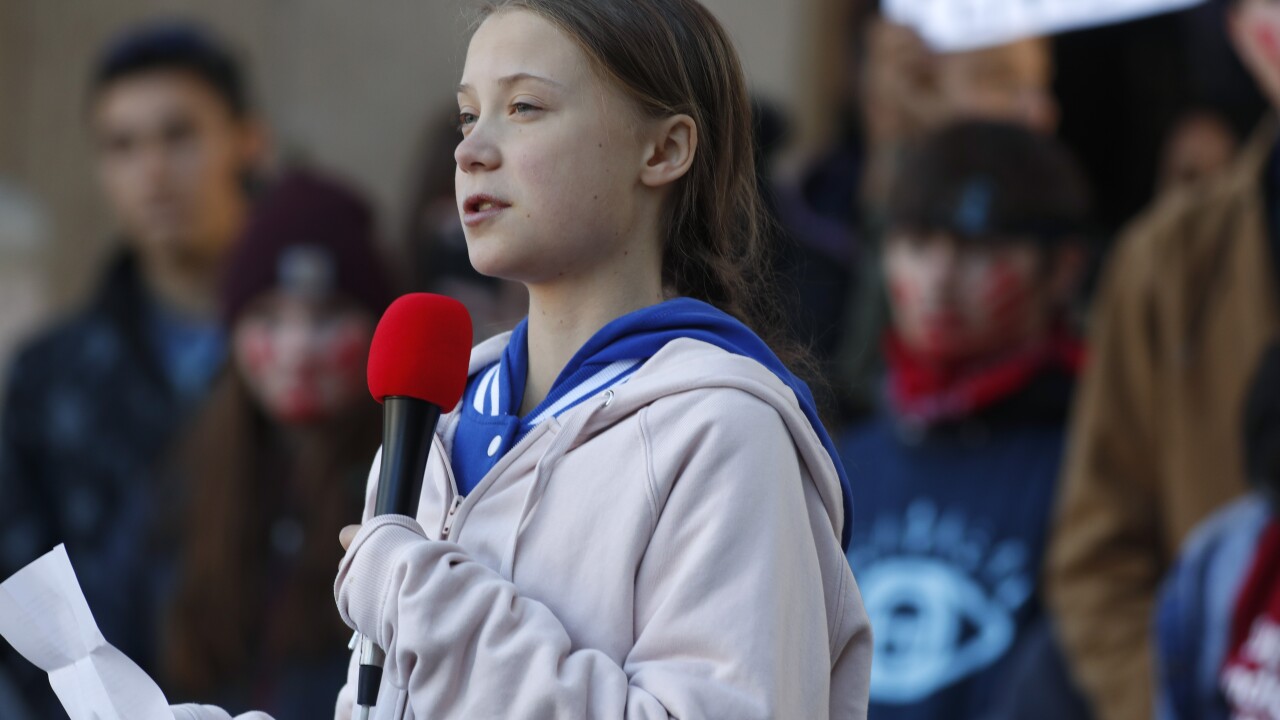 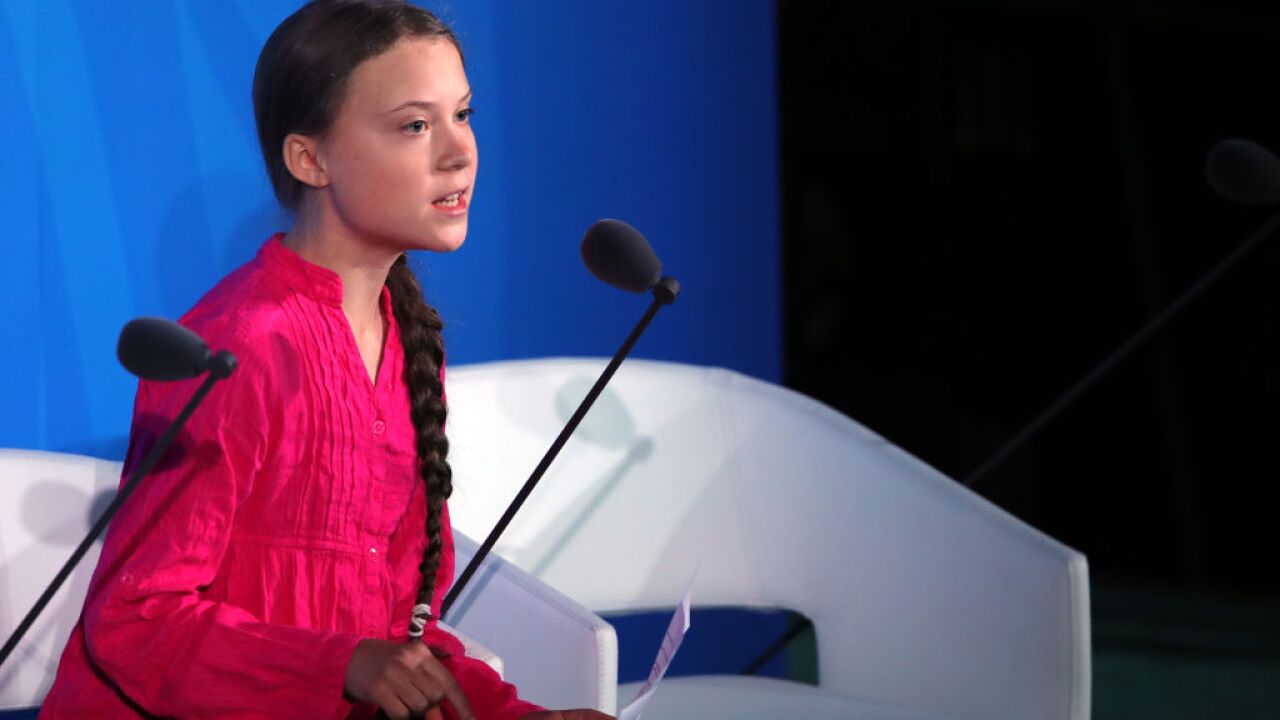 DENVER (AP) - Young people must be prepared to continue striking to call for action on climate change for a long time and not back down, Swedish climate activist Greta Thunberg told a climate strike rally in Denver on Friday.

Thunberg said she and fellow youth activists won't beg those in power to act because she expects leaders to keep ignoring them.

"We will instead tell them, if they won't do it, we will," the 16-year-old said to loud cheers. "The world is waking up and we are the change. The change is coming whether you like it or not."

Thunberg spoke for less than 10 minutes to a crowd of several thousand at Civic Center Park near the state Capitol. The rally highlighted Colorado activists, like Madhvi Chittoor, 8, who has campaigned in the state against plastics.

Thunberg again scolded leaders for not doing enough to fight climate change and for ignoring science. Echoing a line from an angry speech at the United Nations last month that drew global attention, she said several times of leaders, "How dare they," with some in the crowd repeating the line.

Her "Fridays for Future" demonstrations have inspired millions across the world to stage protests urging leaders to tackle global warming.

Thunberg's Denver appearance followed rallies in North Dakota's Standing Rock Indian Reservation and in Rapid City and the Pine Ridge Indian Reservation in South Dakota. She plans to keep touring the Americas through a U.N. climate conference in Chile in December.

Thunberg began her remarks Friday by acknowledging that the crowd had gathered on land that once belonged to the Cheyenne and Arapahoe tribes.

Those attending included fourth graders from the Downtown Denver Expeditionary School who have been studying climate change.

Zariah Edwards, 9, said she has learned to unplug appliances when she wasn't using them to save energy. Malisse Doung, also 9, said her class learned how the changing climate is affecting polar bears.

Ellie Rusinova of Denver was among a group of adults taking photos of Thunberg with their cellphones from the edge of the park's amphitheater. She said she thought Thunberg's plain and clear way of speaking was very powerful and captured the feelings of many.

"We have all felt that we need to make a change," she said.