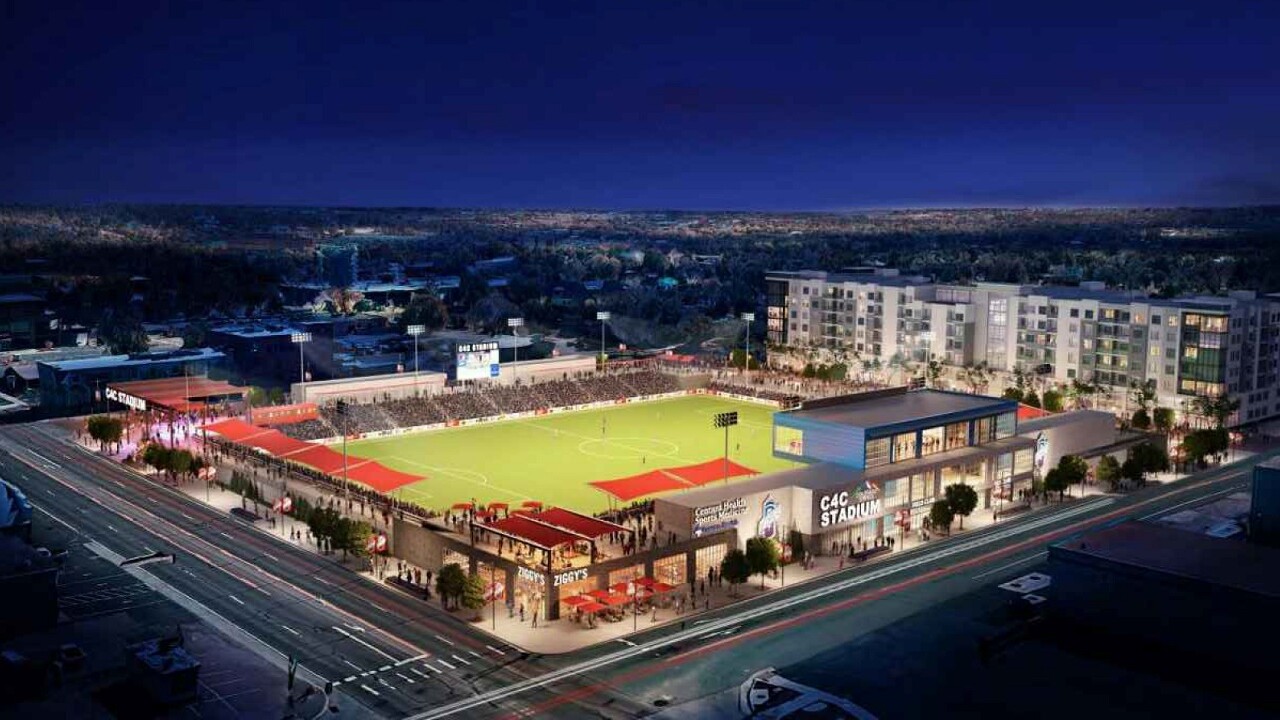 An artist&#39;s rendering of the downtown soccer stadium set to begin construction December 7, 2019. 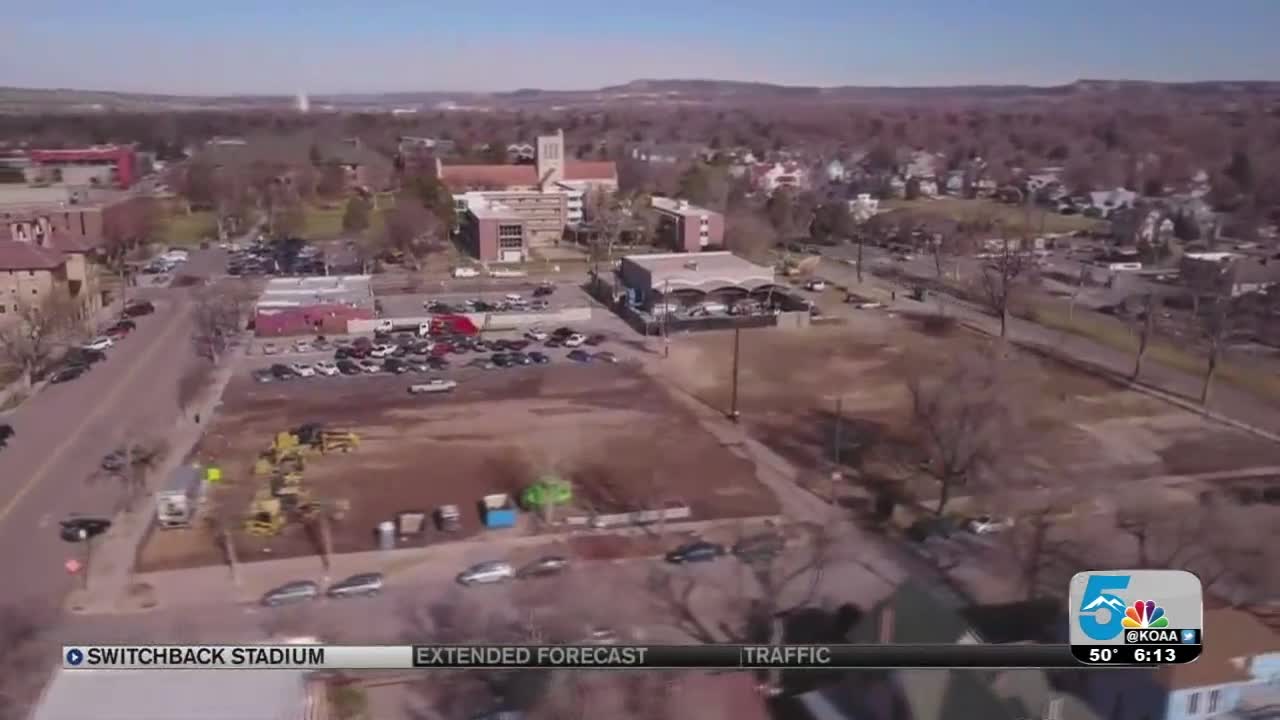 COLORADO SPRINGS, Colorado — Community leaders will break ground this weekend on a new downtown soccer stadium. The $35 million facility is expected to be open in time for the Colorado Springs Switchbacks FC 2021 season.

The construction site takes up an entire city block from Cimarron Street south to Moreno Avenue, and from Sierra Madre Street east to Sahwatch Street. City Council voted last month to vacate parts of Sahwatch and Moreno to accommodate the building plans.

"Because everybody would be coming in to one point, at one time and at the end of the game they would all be leaving from one point at one time," Cope said.

That rush of vehicles would lead to traffic jams. So instead, the development plan calls for a dispersed parking concept where existing public garages and on-street spaces are used.

The average attendance at Weidner Field for the 2019 Switchbacks season was approximately 4,000 fans per game. A parking study submitted with the development plan estimates that a crowd that size would need around 1,200 parking spaces, assuming an average of 2.9 passengers per car. The study additionally assumes that around 15 percent of fans will take a taxi, bus, Uber or other ride share to get to the stadium.

However, the stadium will be built with 8,157 seats and the study estimates a maximum need of 2,400 spaces for a sold out game. They identified 3,300 parking spaces within a 10 minute walk of the stadium.

"One of the keys to this is, we're hoping to bring back the Downtown Circulator, that bus that's free that people can use to get around so that people will come and go to different parts of downtown," explained City Council President Richard Skorman.

The largest public parking garages downtown are also located the farthest from the stadium. The Antlers Hotel has approximately 1,000 spaces and the City's garage at Colorado Avenue and Nevada Avenue can hold 1,400. Both are located at the edge of a 10 minute walkshed.

El Paso County owns a 700 space garage immediate south of the Sheriff's Office, and other 300 space garage connected to the Pikes Peak Center. The City garage and the two County garages tend to fill up during business hours, but empty out after 5:00 p.m. and over the weekends. The Switchbacks played one home game on a weeknight during the 2019 season.

The parking study cautions that soccer fans could find themselves competing with patrons of the Pikes Peak Center for the same parking spaces. Roughly 50 percent of the 2019 Switchbacks home games coincided with events at Pikes Peak Center. The study authors point out that a sold-out performance could increase demand for parking downtown by 1,000 spaces.

What's more, the stadium could be arranged to seat up to 15,000 people for concerts or special events. This would created an estimated demand for 4,000 parking spaces. The study authors say that such events would require customized parking management plans.

Another concern with the dispersed parking concept is a lack of Americans with Disability Act (ADA) accessible parking spaces. The study authors estimated that a minimum of 34 ADA accessible spaces would be required if the city were building a 2,400 space parking facility on-site.

"Further evaluation is required to identify the ultimate location and means to guarantee the provision of ADA accessible parking for all stadium uses," the report states.

Additional recommendations include extending the hours of parking meter enforcement for shops and restaurants located near the stadium and provide attendees with a map or smartphone application to help locate appropriate parking spaces. The study assumes that a residential parking permit program will be implemented in the Mill Street Neighborhood to prevent soccer fans from crowding the area.