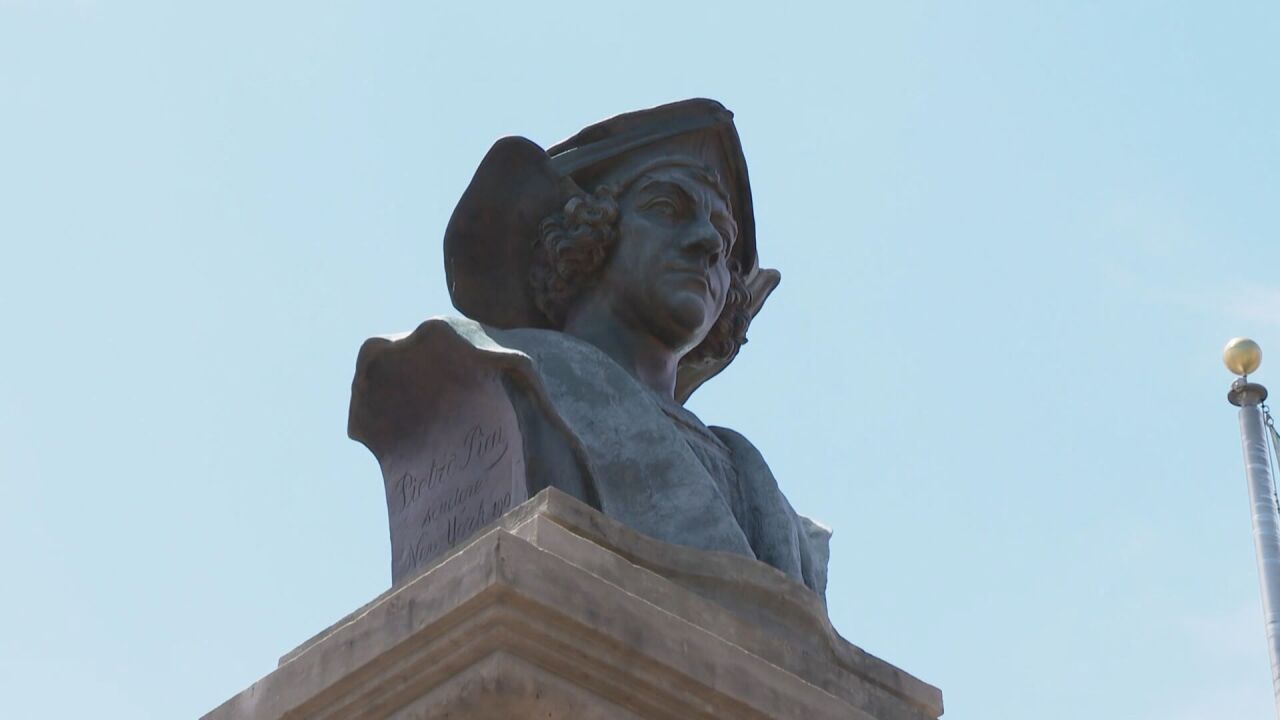 PUEBLO — There's a new voice in the debate over Pueblo's Christopher Columbus statue.

After weeks of protests on both sides of the issue and no decision made on whether to keep or remove it, the Pueblo City Council says it has passed an agenda item on first reading. It will go for final presentation on August 10 and if passed, the city will be allowed to hire a mediator.

Mayor Nick Gradisar said, "It's necessary, I think, to try to resolve a dispute."

The City of Pueblo is trying out a new tactic in the ongoing battle over the Columbus statue. Gradisar said, "We're trying to bring the parties together."

The plan is to do that through the help of a mediator - Fred Galvez.

Gradisar shared that Galvez "used to be from Pueblo, was born and raised in Pueblo, has been a law professor in California, still has ties to Pueblo, still is very committed to our community, and he's agreed to come and try to mediate this resolution."

Gradisar explained that the cost to taxpayers will include Galvez's travel expenses, a rental car, and his services. He said, "For the first 40 hours, I think he's going to charge us $100 an hour and for the next 40 hours $80 an hour."

The mayor shared that on August 8 and 9, Galvez will be meeting with about six representatives from each side. Gradisar said, "I think it's money well invested in trying to mediate this dispute and trying to find a resolution that would be satisfactory to everybody."

Pueblo resident Rita Martinez, who wants the statue removed, said, "We're willing to do anything to help city officials just take it down because it needs to come down."

News 5 reached out to the Sons of Italy, who are staunch supporters of the statue, but they say they have no comment.

Resident Christy Fidura, a member of the Pueblo County Patriots, said, "We want our town to be a safe community where we don't have to worry about destruction and damage, and so I think that's a logical step."