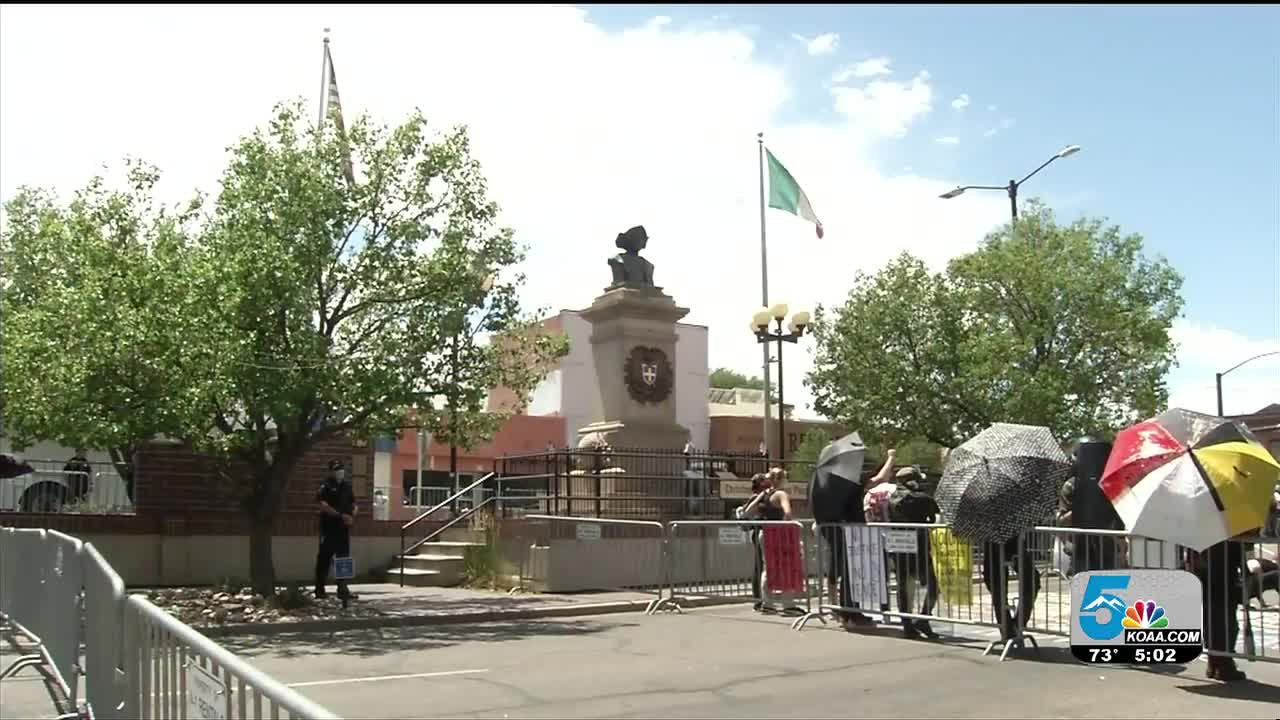 SEVERAL OWNERS TOOK THEIR COMPLAINTS TO NICK GRADISAR... SAYING THEIR CUSTOMERS ARE BEING SCARED AWAY BY DEMONSTRATIONS.

They met to discuss the continuing protests over the Columbus statue in the city and told the Mayor they have been bad for business.

Several of the business owners told Mayor Nick Gradisar that their customers are being scared away by demonstrators and don't even want to sit outside because they are afraid they will be yelled at by protesters.

Some said they have reached their wit's end and fear their businesses may not survive.

"We just wanted him to be aware of just how detrimental this could be to you know businesses in Pueblo," Owner of Ruby and Graham's Grill, Heather Graham said. We are taxpayers you know, we pay a ton of money in city sales tax and it is crazy to me that we have to fight to keep our doors open because we are afraid of what will happen with the protests."

The business owners said they do support peaceful protests, but they want a resolution. The Mayor has put mediators in place to restrict protests in the area.