Broncos Lock could be activated this week 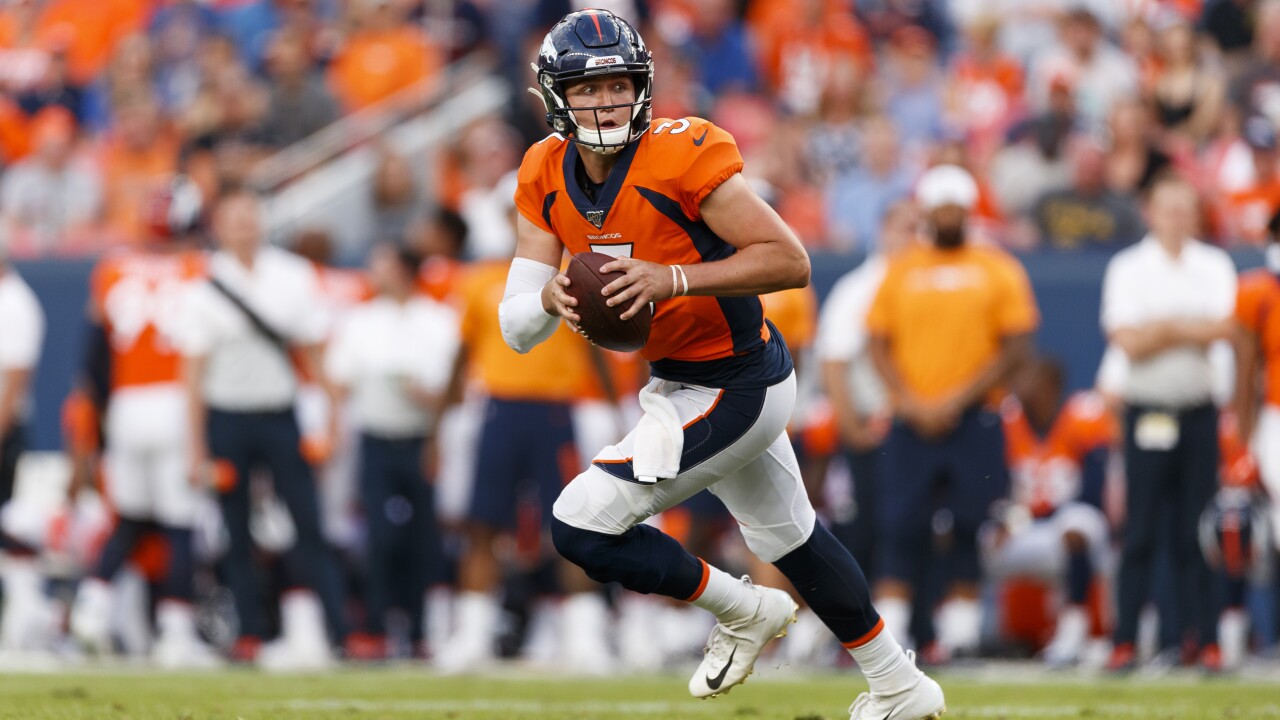 Ryan Kang/AP
Denver Broncos quarterback Drew Lock (3) looks to pass on the run during an NFL preseason football game against the San Francisco 49ers on Monday, Aug. 19, 2019, in Denver. The 49ers defeated the Broncos, 24-15. (Ryan Kang via AP)

The Denver Broncos could be activating rookie quarterback Drew Lock off the IR this week.

“It’s possible, yeah, head coach Vic Fangio said. "We don’t have to make a declaration on him until next Tuesday, I believe. As far as this week goes, all options are on the table. We could activate him. We’re just going to make that decision here in the next few days.”

The Broncos are coming off a 20-3 loss at Buffalo in which the team struggled offensively with Brandon Allen making his third career start under center. Denver compiled a total of 134 total yards including 82 through the air.

With the quarterback play proving to be contiguously inconsistent and Lock having fully recovered from the right thumb injury he suffered at the end of the preseason, there's no time like the present to see what the second round pick has to offer.

“I’ve seen a little bit of a jump in comfortability," Fangio said. "I think he learned a lot from the sideline about how to handle certain things—handle the huddle, calling the plays. I do think he got a better understanding albeit from the sideline.”

The former Missouri standout has seen his reps increase at practice as well, which can pay major dividends through the final five weeks of the season.

“It could," Fangio said. "The more reps he gets—every rep is one that you got put in the bank and it always helps. The problem for him this time of year is in training camp we’re getting a bunch of reps. You’re talking roughly about 40 reps per day now this time of year. There’s limited opportunities for that, but I do think every rep is important.”

After two tough road contests, the Broncos return home to take on the Chargers Sunday at Empower Field at Mile High. Whether No. 3 is active for the AFC West matchup is a decision Fangio won't commit too just yet.