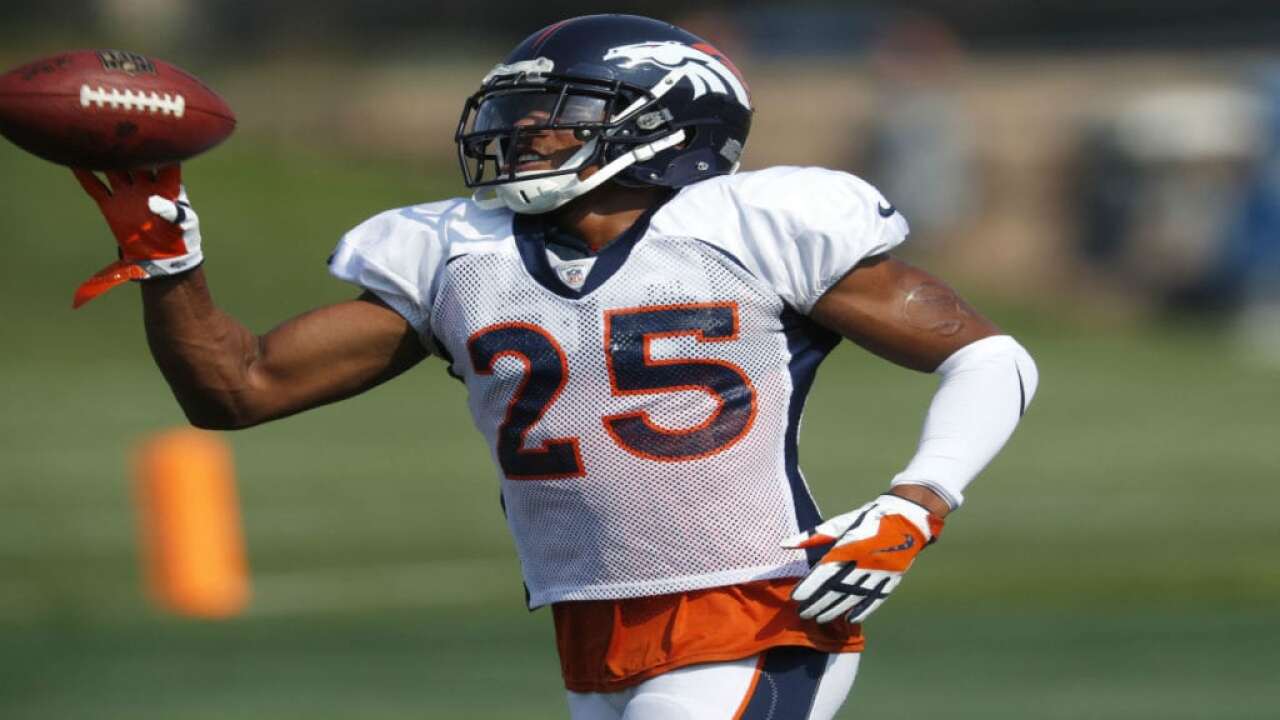 ENGLEWOOD — Forty-five minutes after the Broncos’ sixth loss – the latest kick in the shins by a field goal in the final seconds – Von Miller hugged Chris Harris Jr. in the locker room at Lucas Oil Stadium.

Miller thought it might be his last game with the star cornerback who broke into the league with Miller in 2011.

“It’s just tough. That’s my guy. We been through a lot of ups and downs,” said Miller, his voice trailing off. “It’s hard.”

Miller can hold off on anymore goodbyes. After considering moving the four-time Pro Bowler, the Broncos held firm on their price of a second-round draft pick, and did not budge. The Eagles were among the most interested teams along with Houston last week. It means Harris will finish this season in Denver, his desire since his wife is expecting the couple's fourth child this week.

"I am happy," Harris Jr. told Denver7. "I am glad I can put it behind me and I want to finish strong."

Why keep Harris? He is one of the league's best players at his position. Having him for the final eight games can help a defense that has shown promise. And the Broncos had no answers to replace him, already playing defensive backs who were added to the roster after the preseason. Also, this creates a window to re-open talks on a new contract that never gained traction last winter. One source said Tuesday that was "possible." Harris skipped voluntary minicamps in attempt to land a new deal, but it resulted only in a $3 million salary boost this season. He told Denver7 Tuesday that he would not sign a new contract with an acquiring team without testing free agency. He sought $15 million annually last winter, a salary befitting his resume.

If Harris leaves as a free agent, the Broncos would be in line to receive a third-round compensatory pick in the 2021 draft, a year later than a pick they were seeking in a deal.

Harris’ situation differed from that of receiver Emmanuel Sanders, who was shipped out last week after he requested to be moved. In contrast, Harris never asked out, but never ruled out a trade given his pending free agency and no guarantee he would re-sign with Denver.

Since making the team as an undrafted free agent in 2011, Harris has forged quite a legacy. He boasts 20 career interceptions and four touchdowns in 131games. He also holds a special place with fans. He founded the No Fly Zone, and the secondary of Harris, Aqib Talib, T.J. Ward and Darian Stewart helped the Broncos triumph in Super Bowl 50, their last season with a playoff berth. Harris, Miller and Derek Wolfe are the only remaining starters from that championship game.

Harris also has deep roots in the Denver community with a charitable foundation that helps underprivileged youth with everything from football camps to clothing drives. He has won the team's Walter Payton Man of the Year award for his community involvement. Harris has said on numerous occasions he would like to retire a Bronco. Whether that is realistic remains a matter of a new contract. For now, he is staying put.