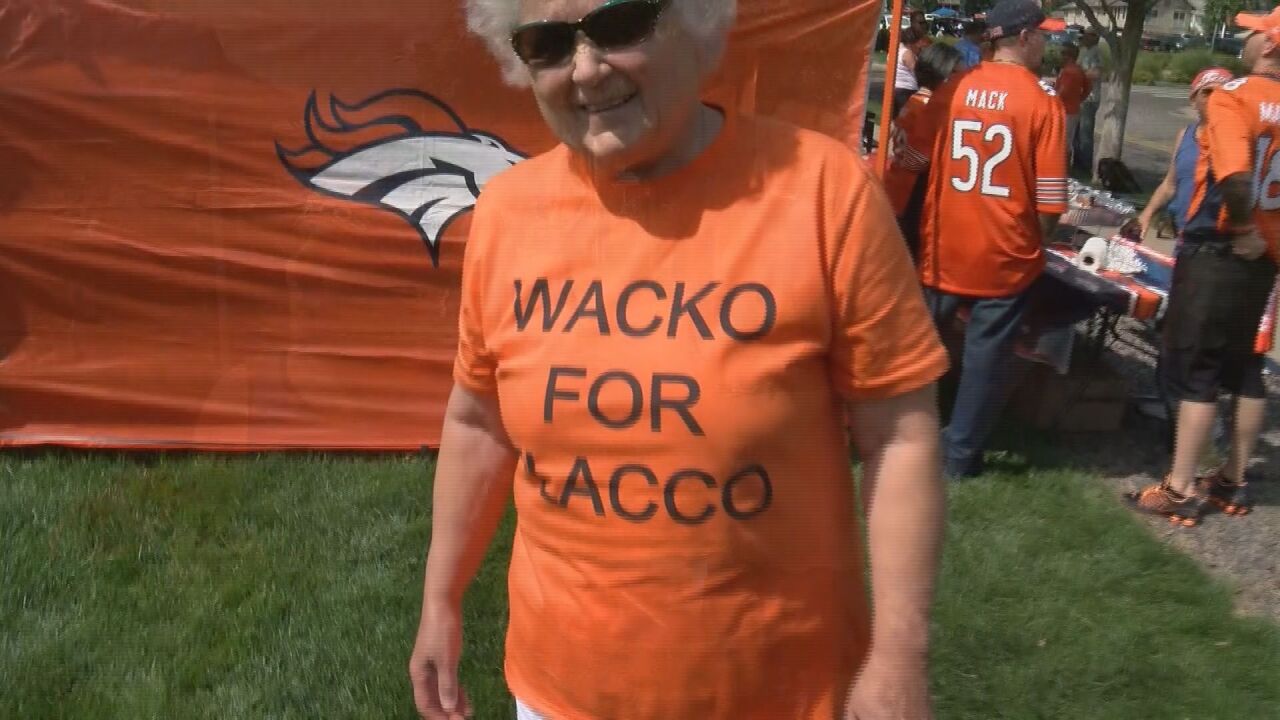 DENVER, Colorado — On Sunday morning, the parking lot of Empower Field at Mile High was abuzz with excitement. Sure, the road loss at Oakland Monday night stung, but fans in Broncos Country were full of hope for the home opener against the Chicago Bears.

Season ticket holder Nettie Ashbee put on her custom orange t-shirt declaring herself to be Wacko for Flacco for Sunday's game.

"You don't know what a Flacco is," she joked. "If you have to ask what Flacco is, I'm not telling you."

Of course she hoped the Broncos would win, but Nettie tempered her expectations.

Ralph Sanchez started the day early, up at 4:00 a.m. to pack the coolers and tents and get ready for pre-game tailgating.

"I bought some season tickets and now we come out here every opening game. I've had a lot of these folks here come every time just to cook these."

"Just want to make sure everything is comfortable so we have a great time," he said.

The Broncos have a history of starting the season strong. They've won 17 of their 18 home openers dating back to 2001.