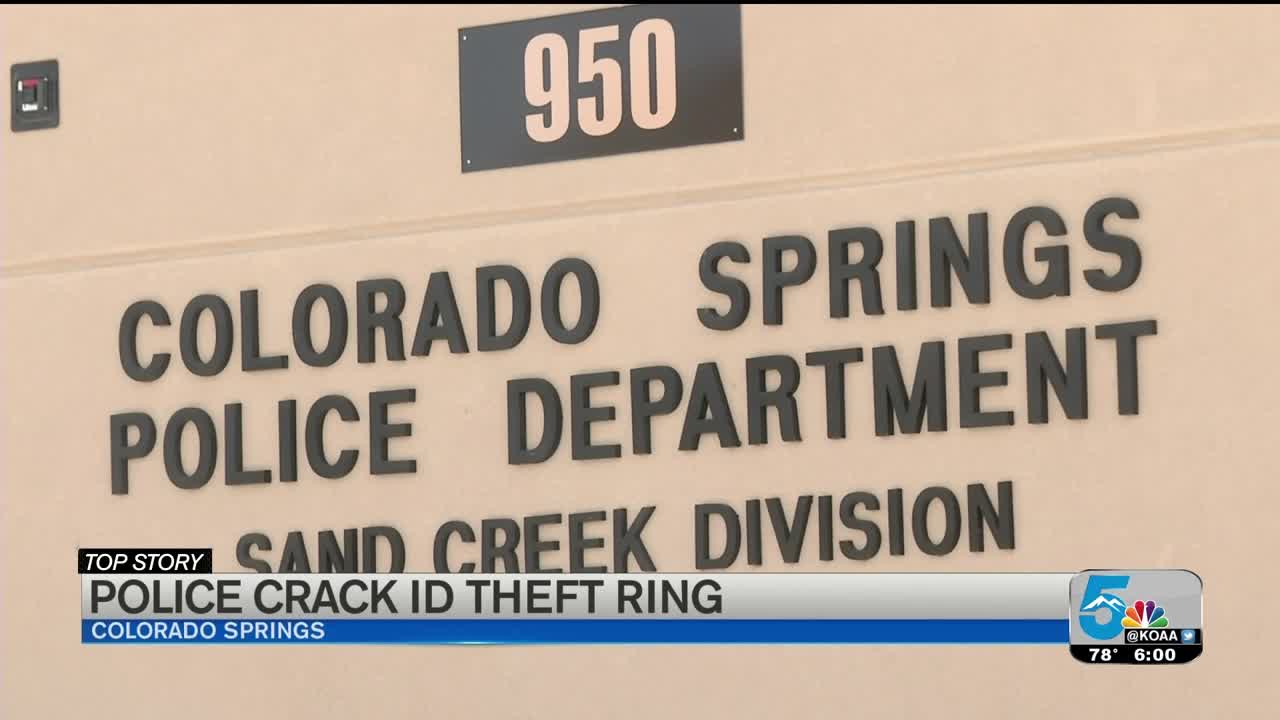 COLORADO SPRINGS — Colorado Springs police arrested a suspect and are searching for two more for their involvement in an identity theft and forgery operation.

Police tell News 5 a woman was arrested, though they would not release any details about her citing the ongoing investigation.

Last week, police and inspectors from the United States Postal Service came into contact with three people regarding a stolen vehicle. They then determined at least one person, the woman arrested, was "heavily involved" in the operation.

Koch said they recovered personal information and documents related to at least 123 people.

"While we do believe that there are victims here in Colorado Springs, it's also possible that we have some in other parts of the city, the state, the country," Koch said.

Those documents also include tax forms, marriage certificates and more.

Koch encouraged anyone that thinks their identity or personal information could have been stolen to contact the Colorado Springs Police Department, their bank or their credit bureau immediately.