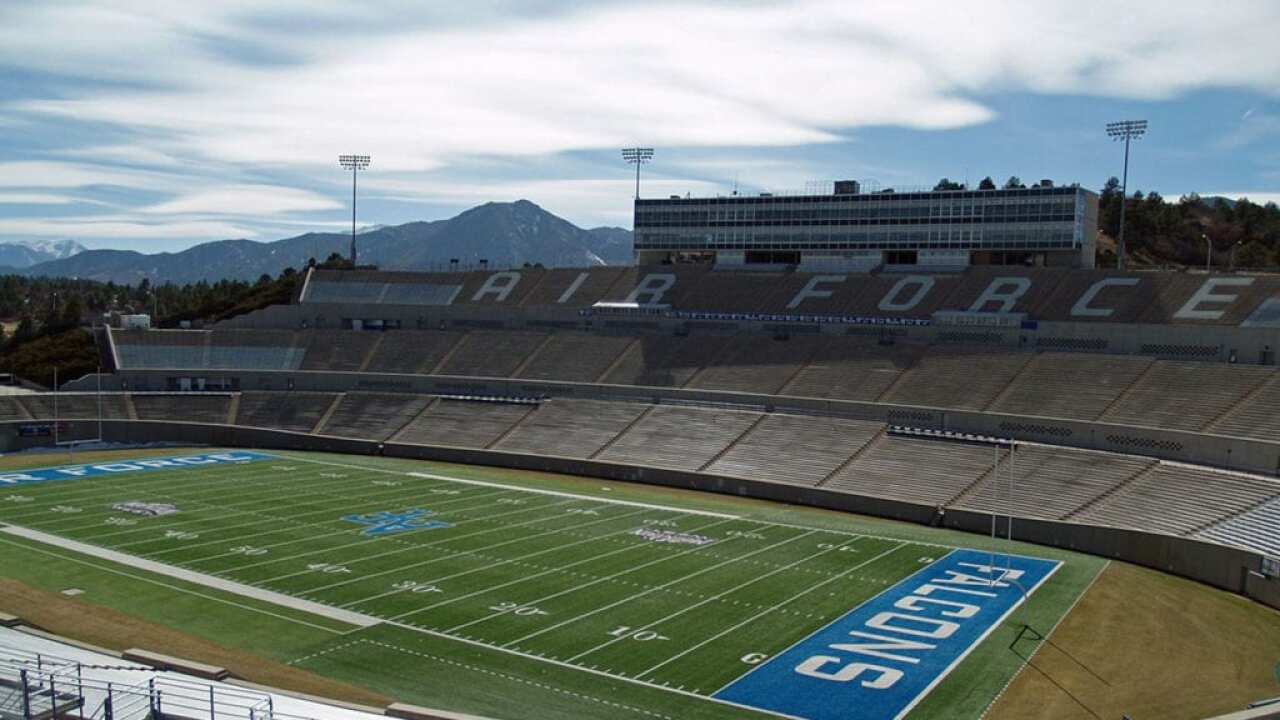 COLORADO SPRINGS — For the U.S. Air Force Academy's only home game this season, the Falcons will host Navy in early October.

Athletic Director Nathan Pine said the only fans allowed in the stadium will be cadets as the Academy remains closed to the public.

"We have finalized all the necessary steps with Navy, in regards to testing protocols, to be able to play the game," Pine stated in a release.

Fans who have a Navy ticket have a few options moving forward: donating your ticket payment as a tax-deductible donation to the Falcon Athletic Fund, rolling over your 2020 season tickets to the 2021 season, or requesting a refund.

The Falcons will wear the Airpower Legacy Series uniform for the first time during this game, honoring the Tuskegee Airmen who were a group of African Americans pilots from the U.S. Army Air Corps in `1940.

The Air Force Academy football team will also play against Army, which scheduled to take place Saturday, Nov. 7, at 9:30 a.m.

"Unfortunately, the Navy and Army games will be the only fall competitions between the three academies. After multiple conversations with the athletic directors at both Army and Navy, we are not going to be able to pull together inter-service competitions this fall," he said.

In early August, the Mountain West Conference officially canceled its fall sports season on Monday due to player health and safety concerns regarding COVID-19. Following this decision, Pine said the Academy would search for ways to play Army and Navy for the Commander-In-Chief Trophy.