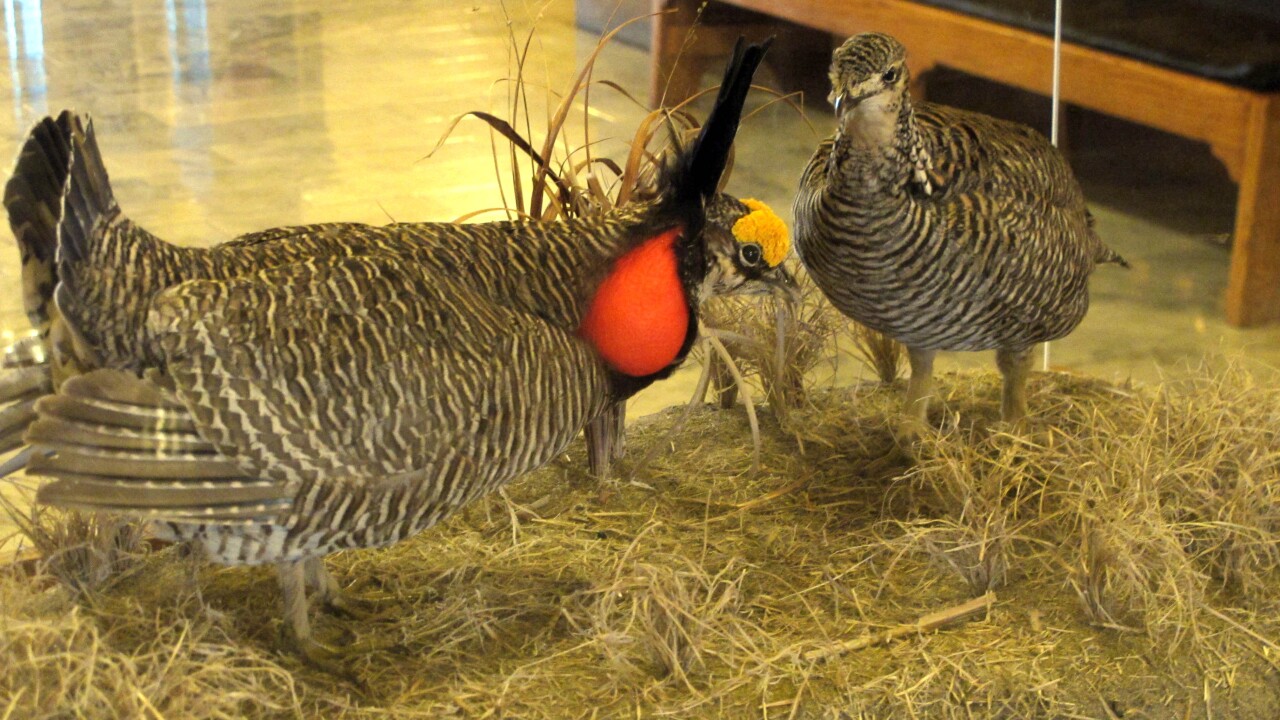 John Hanna/AP
This photo from Friday, May 2, 2014, shows a display of two stuffed lesser prairie chickens at the Kansas Statehouse, in Topeka, Kan. (AP Photo/John Hanna)

DALLAS (AP) — A federal judge has approved an agreement that will require the U.S. Fish and Wildlife Service to make a recommendation by May 2021 whether the lesser prairie chicken should be federally protected as a threatened or endangered species.

The agreement was reached Thursday between the federal agency and three conservation groups: the Defenders of Wildlife, the Center for Biological Diversity and WildEarth Guardians.

The groups sued the federal government in June to force it to make a designation for the lesser prairie chicken and its habitats.

Once a designation is proposed, there will then be a public comment period followed by a final determination made later by Fish and Wildlife. The agency also could decide that no federal protections be provided for the bird.

It was listed as threatened in 2014 but a federal court overturned the designation.

The grouse roams parts of Colorado, Kansas, New Mexico, Oklahoma and Texas, but the groups said fewer than 38,000 remain .