3 men sent to hospital after dog attack overnight in Pueblo 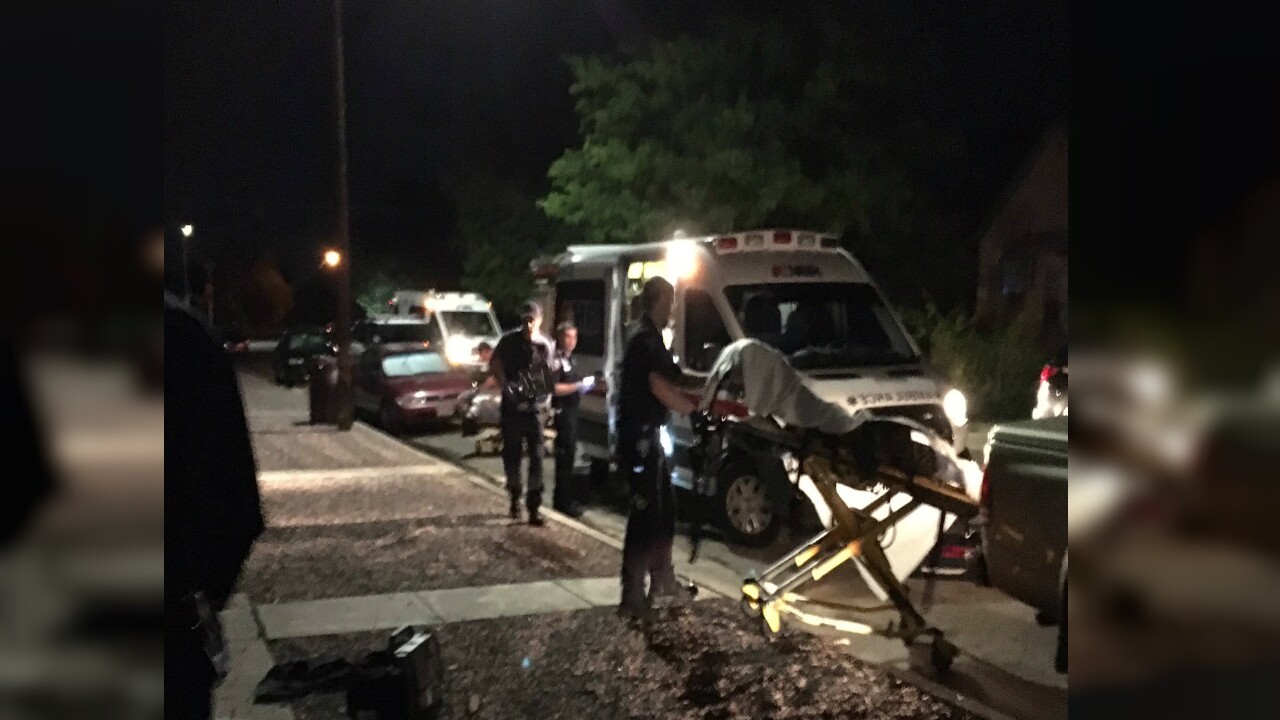 PUEBLO — Three men were sent to the hospital with significant injuries after they were mauled by a dog early Saturday morning in Pueblo.

According to Pueblo PD, multiple officers responded to a disturbance on Taylor Ave. around 2 a.m. Saturday morning. The caller reported to dispatch that there was "blood everywhere."

PD said officers arrived at the scene and found two men trying to contain a very agitated dog. Officers had to deploy a taser to subdue the dog and contained it with a kennel provided by a neighbor.

After investigating, officers learned that the three men at the home, in their words, got into a "commotion." This apparently set the dog off and it mauled all three men, including the owner, quite badly, according to Pueblo PD.

The men were all taken to a hospital via ambulance and animal control responded to take control of the dog, PD said.

According to Pueblo PD, one of the three men was "less than cooperative," and it was later discovered that he had two active arrest warrants. He was booked into the Pueblo County Detention Center after receiving treatment for his injuries.

At 2:00 a.m., multiple officers responded to a disturbance on Taylor Ave. with the caller reporting that there was “blood everywhere.” Officers arrived to find 2 men trying to contain a very agitated dog. Officers had to use a Taser to subdue the dog & finally got it contained...

responded & took control of the dog. Two of the men seemed glad officers & EMS were on scene. One, however, didn’t & was less than cooperative. Turns out he has 2 active arrest warrants & will be booked into PCDC after treatment of his injuries at the hospital. pic.twitter.com/tWc7vchqLn