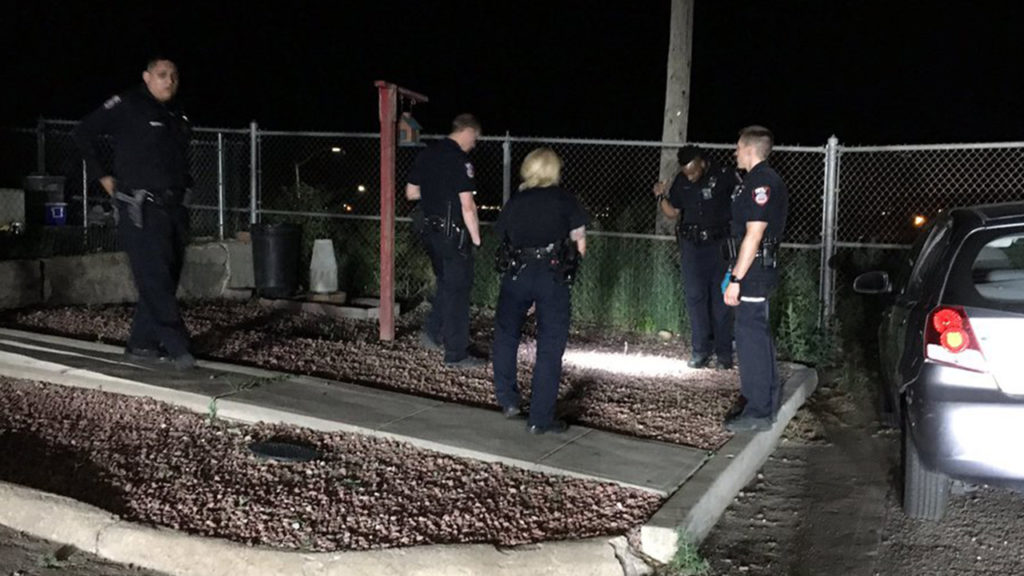 Police said they determined that a male suspect, who has not yet been named, was caught on surveillance camera firing three to four shots at a home on Summit Avenue around 11:15 p.m.

Police say another person was seen jumping a fence near the home where it happened.

Pueblo Police Captain Tom Rummel tweeted that officers found the suspect in the backyard behind the home where the shooting happened. Rummel said the suspect was also wanted on two active warrants and a restraining order violation.

Rummel said officers don’t yet know what led up to the shooting and why it happened. The incident remains under investigation.