TELLER COUNTY – The problem isn’t new to Teller County, but their solution to curbing excessive trash on public and private lands is a new approach.

The Teller County Sheriff’s Office announced an agreement on Wednesday with Focus on the Forest, a local nonprofit, and a handful of other entities to cut down on dumping near illegal camping.

They’re focusing on areas like Shelf Road, a county road just south of Cripple Creek that’s been a popular camping spot for the homeless. It was a popular travel route for miners during the 1800’s. Now, it’s littered with trash on both sides of the road. 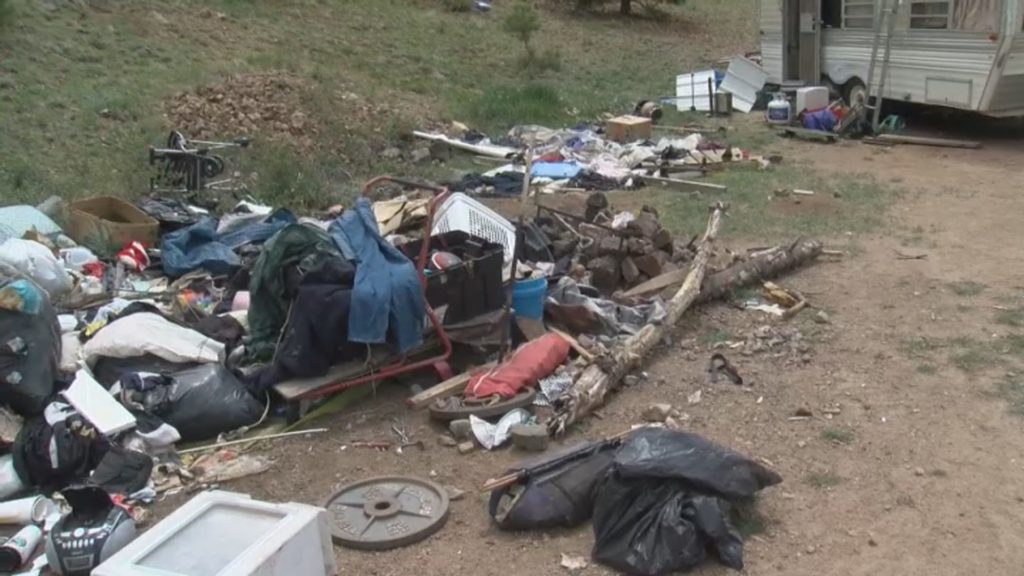 Shawn Nielsen, founder of Focus on the Forest, said his nonprofit and volunteers collected between 4,000 and 5,000 pounds of trash in one day. There’s still more to do.

“I didn’t think it was going to be the big issue just because of how small the area is, but in retrospect, it’s massive,” he said.

Their agreement comes just weeks after the county enacted a new ordinance aimed at limiting long-term camping. People are only allowed to camp at a public site for 14 days, on private property (even their own) for 60 days, before moving.

Instead of kicking people to the curb, deputies are giving campers more time to find a new campsite in exchange for their help in cleaning up.

“Not all people can afford to live in a home and we understand that. And we want to have compassion when we respond to complaints of trash, but we also want to get the trash cleaned up,” said Commander Greg Couch, public information officer for the Teller County Sheriff’s Office.

Nielsen said the abundance of trash scattered around Teller County, especially popular though illegal camping spots, is the lack of options for trash service.

On top of that, those that are homeless and forced to camp and/or sleep in vehicles already have tight finances.

“$4 for a bag of trash or $4 for food to feed you that day, which one are you gonna pick all day long? So, it’s just lack of resources,” Nielsen said.

They’re not only trying to pick up trash in the short-term, he said, but hoping to keep it clean for years to come.