PUEBLO – Tuesday evening, the Pueblo County Sheriff’s Office announced the seizure of approximately 300 marijuana plants from an illegal grow in the southwest part of the county.

The Sheriff’s Office said the plants were found in the backyard of a residence in a mobile home park and have an estimated street value of $150,000. 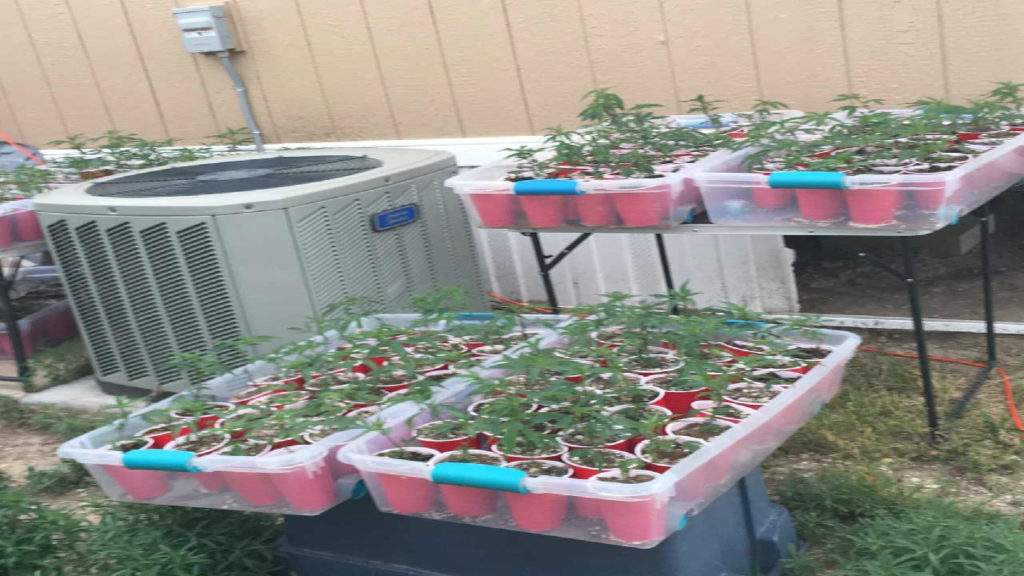 The plants were found when deputies responded to a home in the 5000 block of Red Creek Springs Road after receiving a report of a possible illegal grow. When deputies arrived at the residence they could see plastic bins from the street that had plants growing in them.

According to the Sheriff’s Office, the residents arrived home a short time later and told deputies they had a medical license permitting the grow. Deputies found 309 immature plants growing in plastic cups in the plastic bins in the yard. State law only allows for 12 plants per household.

34-year-old Benjamin Marquez Jr. was arrested for cultivation of marijuana (30 plants or more). The Sherriff’s Office said additional arrests may also be forthcoming.

According to the Sheriff’s Office, this is the third illegal marijuana grow discovered in Pueblo County in the past two weeks.