COLORADO SPRINGS – With history on the line at Saturday’s 4A State Baseball Championship, Pueblo West Head Baseball Coach Dan Sanchez had a simple message for his team.

The Cyclones, contending in the championship as the one-loss representative, had a chance at redemption en route to their first-ever state baseball title in school history. They’d have to beat undefeated Silver Creek — the team that gave Pueblo West its only loss of the tournament — twice.

That’s exactly what the Cyclones did, winning Game 1, 6-5, on a walk-off single in extra innings before taking Game 2, 8-6, at UCHealth Park Saturday. 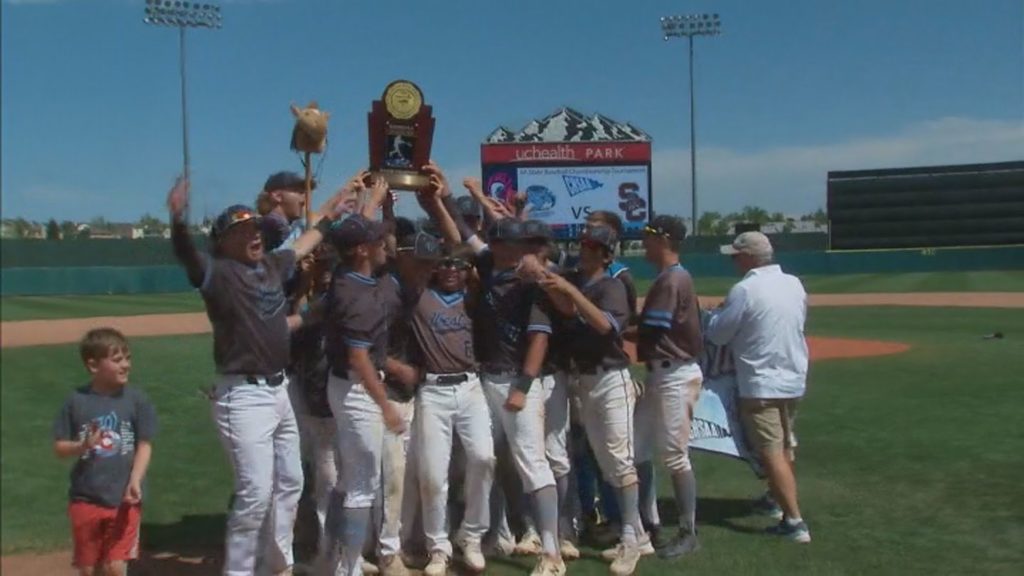 “We knew if we could get by Game 1, we knew Game 2 was ours no matter what,” Brodie Blackford, the Cyclones’ third baseman, said.

Pueblo West found themselves in a familiar situation in Game 1. They fell behind 5-1, until their bats came alive late.

In the bottom of the 8th inning, senior Tyler Barth secured a second game with a walk-off single to right-center field.

“I knew that after the hit, we had a good shot of getting to Game 2. That’s really it,” Barth said. “I saw the ball well, and that’s it.”

The Cyclones broke habit in Game 2 and jumped on Silver Creek early, thanks to a pair of 1st inning runs, including an RBI single from Blackford.

“We knew this was our best shot, and we’ve had great senior leaders, and we owe it all to them,” Blackford said.

Silver Creek hung around all game. Chris Brown hit a single to right-center field scoring Cam Hassert to cut the Cyclones’ lead to 1.

But Pueblo West found a way to score insurance runs when they needed them most all day long off the bats of their usual suspects. Barth drove home two runs to put the Cyclones up 6-2 after four.

Sanchez then turned to Matt Rudd to close the door on the Raptors in the top of the 7th.

The third out was a ground ball right back to him on the mound. His throw to first was low, but Barth dug it out before a dogpile formed near the pitchers mound.

Pueblo West’s title is not only its first in school history. It also represents redemption for a team that has lost in the championship game in years past.