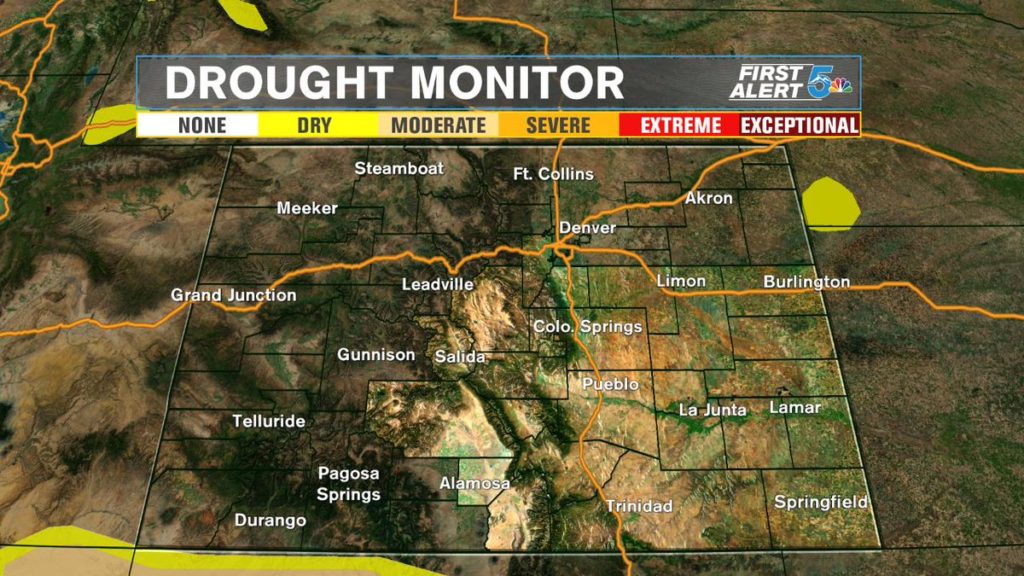 COLORADO SPRINGS – Recent snows and rains have almost completely eliminated all areas of drought and abnormally dry conditions in Colorado for the first time since records were kept.

The Colorado Climate Center tweeted Thursday that Colorado has never been completely void of abnormally dry conditions since the US Drought Monitor began in 2000. At the moment, only .01% of the state is considered abnormally dry, and it isn’t visible on the drought map.

The last time drought conditions were this favorable was in 2001, when just .13% of the state was considered abnormally dry.

The statewide snowpack is showing basins with 2 to 3 times the normal level of snowpack for June! These numbers are huge because the normal June snowpack compared to March is much lower, but this is still so awesome! pic.twitter.com/dXPCx6I6Zv

The San Juan & Dolores, Upper Rio Grande and Gunnison basins are all above 300 percent. The Arkansas snowpack is 261 percent of average.