DENVER – It’s been a reliable, effective firefighting tool for decades.

“Nobody realized, when we were utilizing this for training, that it was going to have such an effect,” said David Noblitt, president of the Colorado Springs Firefighters.

Class-B foam is often used to battle high-heat fires because it smothers and cools the flames in rapid fashion.

But since science has proven it to also include cancer-causing agents — the industry, concerned citizens and now the State of Colorado recognizes the need for change.

A bill to prohibit firefighters from using Class-B foam during training activities is headed to the desk of Governor Jared Polis. Firefighters will still be allowed to use it on appropriate calls as a life-saving measure.

It’s action the Fountain Valley Clean Water Coalition and Organizer Liz Rosenbaum have been waiting for.

“There are some real-life situations in which this chemical would be used, but then it would be cleaned up as a hazardous site, rather than rinsed into the ground,” Rosenbaum said.

Rosenbaum is one of the hundreds of Fountain-area residents impacted by the contamination of Widefield Aquifer by Perfluorinated Compounds (PFCs). The PFCs, which were found in the foam used by Peterson Air Force Base firefighters for decades, were drained into Fountain Creek before entering the aquifer.

That training contaminated the groundwater supply for the aquifer that serves Fountain, Security and Widefield.

“This is the critical first step in protecting Colorado drinking water supplies from pollution by these toxic, forever chemicals,” Rosenbaum said.

Rosenbaum added a recent grant-funded study found the Fountain area as the most PFC-contaminated community in the United States. 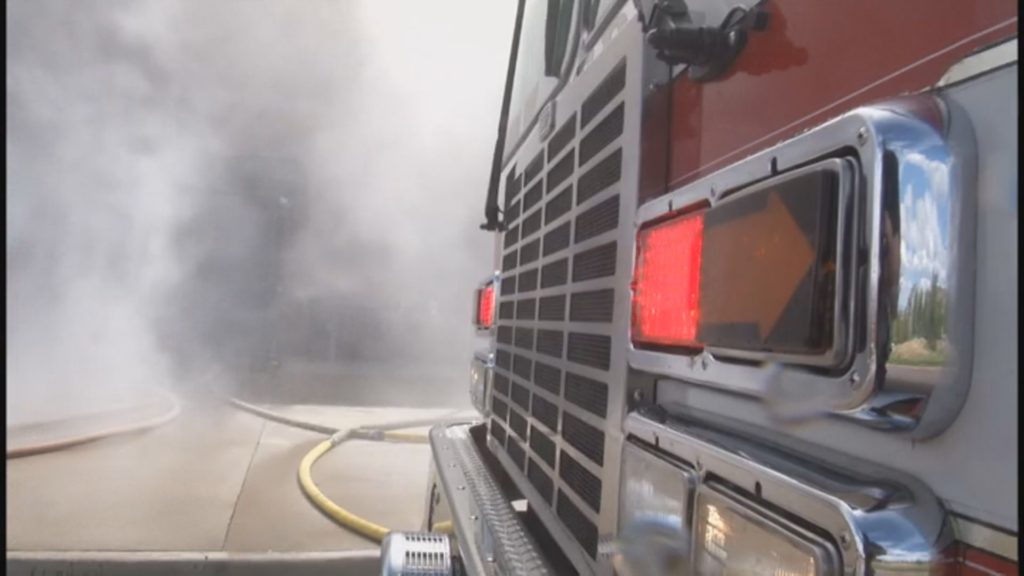 The contamination eventually led to the installation of a new water treatment facility in Fountain, paid for by the Air Force, to allow the return of treated groundwater into the city’s water supply.

Since then, the Air Force has changed its firefighting foam to a less toxic substance.

Colorado Springs firefighters no longer train with the foam. Instead, they use water and mix in dish soap to simulate the effect, Noblitt said.

“The use of regular household detergents that you would find to normally wash your dishes very much mimic the use and the application of those types of foams, so we can effectively use those as training aids,” Noblitt said.

The bill includes fines, $5,000 on the first offense and $10,000 for repeat offenses, for fire departments found to be in violation of the new legislation. That money will go to the state’s Local Firefighters Safety and Disease Prevention Fund.

It also prohibits the chemicals from being present on any firefighter’s protective personal equipment (PPE).

There is no word yet on when Polis will sign the bill.