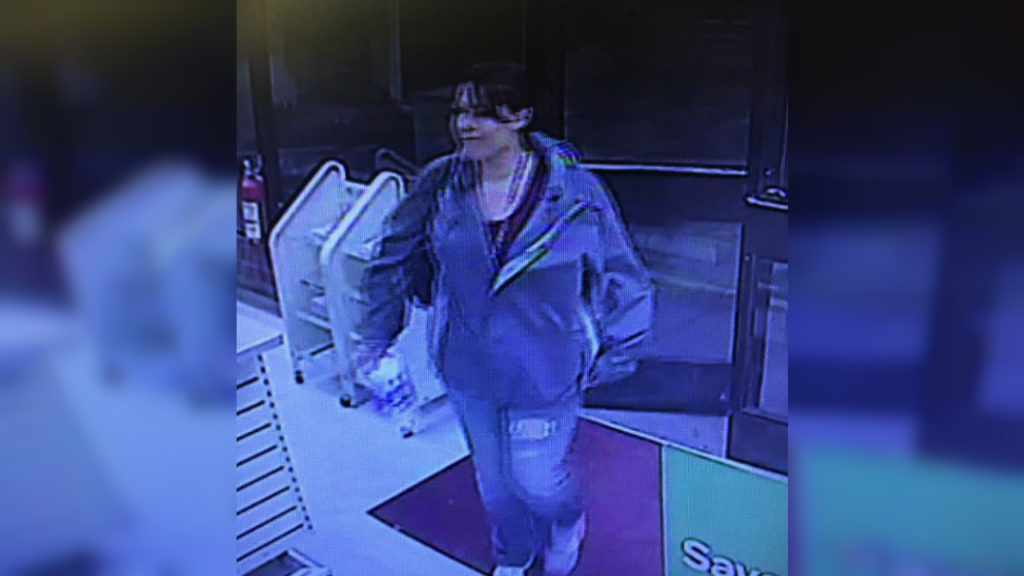 PUEBLO – Around 1:15 Sunday morning, a woman (seen above) walked into a convenience store on the east side of Pueblo.

According to Pueblo PD, the woman filled a bag with items and attempted to leave without paying.

The clerk at the store locked the woman inside before she was able to exit the store.

PD said the woman dropped the bag, ran to the back of the store, kicked open the emergency door, and fled the scene.

No further information, including the address of the store, has been released at this time.

The would-be thief dropped the bag, ran to the back of the store, kicked open the emergency door & fled. This set off an alarm, which necessitated getting the store manager out of bed & down to the store to shut it off. If you recognize the female, please call us at 553-2502.