DENVER – The debate over a bill to more strictly regulate vaccination exemptions has been postponed by a day in the Colorado House of Representatives. Bill 19-1312 creates a standardized form for parents to fill out and submit to state and county health officials when they choose not to vaccinate their kids.

A shot record or state exemption form would be mandatory for enrollment in K-12 public schools, as well as for homeschooled students. The registration requirement drawing opposition from groups that represent those home school families. 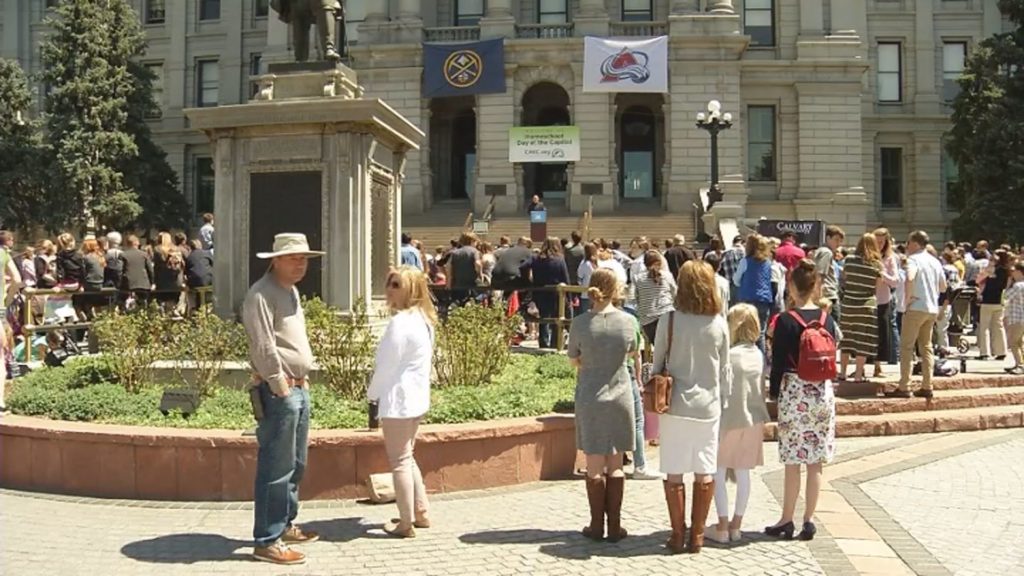 Executive Director Steve Craig says his group visits Denver every year both as a learning opportunity and for a little lobbying.

“We want to educate them (home school students), get them involved, get them excited about the process,” Craig said. “But also use it as a time to show our legislators that we’re here, we’re committed to our freedom and we’re willing to show up rain or shine.”

The group opposes Bill 1312 because it infringes on parents freedom.

“CHEC doesn’t encourage or discourage the use of immunizations,” Craig explained. “What we do stand for is anything that would impose on parental rights and privacy.”

The bill was introduced by freshman Representative Kyle Mullica, a Democrat from Northglenn.

“We just want to make sure that our kids are safe when they go to school,” Mullica said.

He explained that his goal is to improve Colorado’s lagging vaccination rate, currently around 88 percent. Mullica worked as an emergency room nurse prior to his election and said health officials recommend a 95 percent vaccination rate to establish optimal “herd immunity.”

“The CDC just had an alert that came out today that said we had the most cases of measles in the United States today since 2000 when we thought we had eradicated measles,” Mullica said. “That’s scary.”

He originally advocated for a stricter immunization mandate but backed off after gathering input from various stakeholders. Mullica suspects that many parents simply forget to bring their kids shot records to school during enrollment and they end up giving school administrators a hastily written exemption note to meet eligibility.

“This formalization of the process will push us to the higher rates and that’s the goal,” Mullica said.

The bill cleared the House Health and Insurance Committee on April 15 on a party-line 7 to 4 vote. It picked up a half dozen amendments on second reading in the House. A final floor vote is anticipated for Friday.