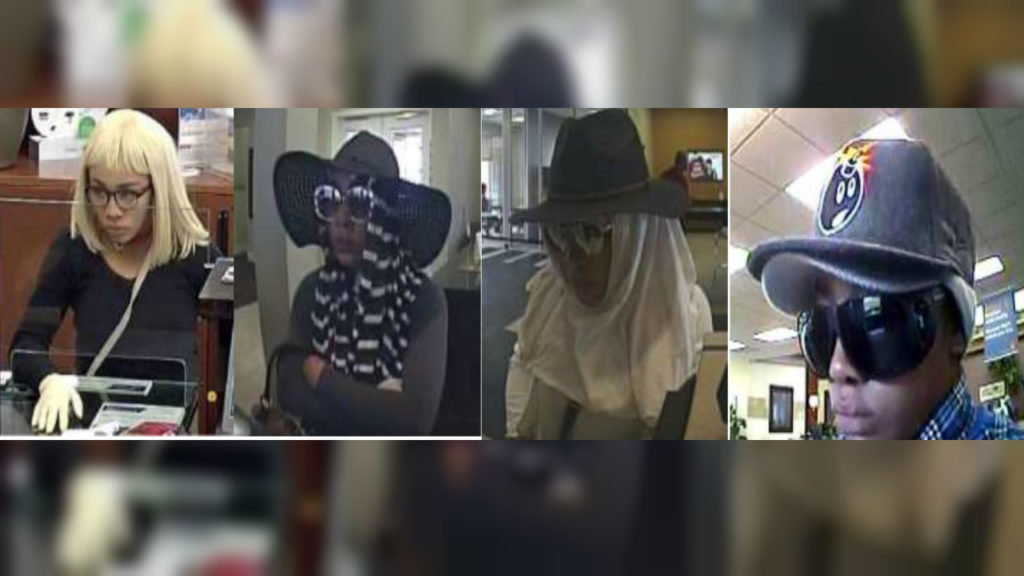 The Denver branch of the FBI along with the Rocky Mountain Safe Streets Task Force, and the Denver Police Department are seeking the public’s help to identify a bank robber dubbed the “Glamour Shot Bandit.”

The suspect is described as a light-skinned, black female. She is approximately 5’4″ tall with a slender build. She is estimated to be between 20 and early 30’s years old.

According to the FBI, the “Glamour Shot Bandit” has worn heavy makeup, large hats, baseball hats, gloves, and large sunglasses in an effort to conceal her identity.

The FBI said the suspect’s level of violence is escalating given the display of a handgun and multiple robberies in one day.

According to the FBI, the ‘Glamour Shot Bandit” has robbed the following banks. 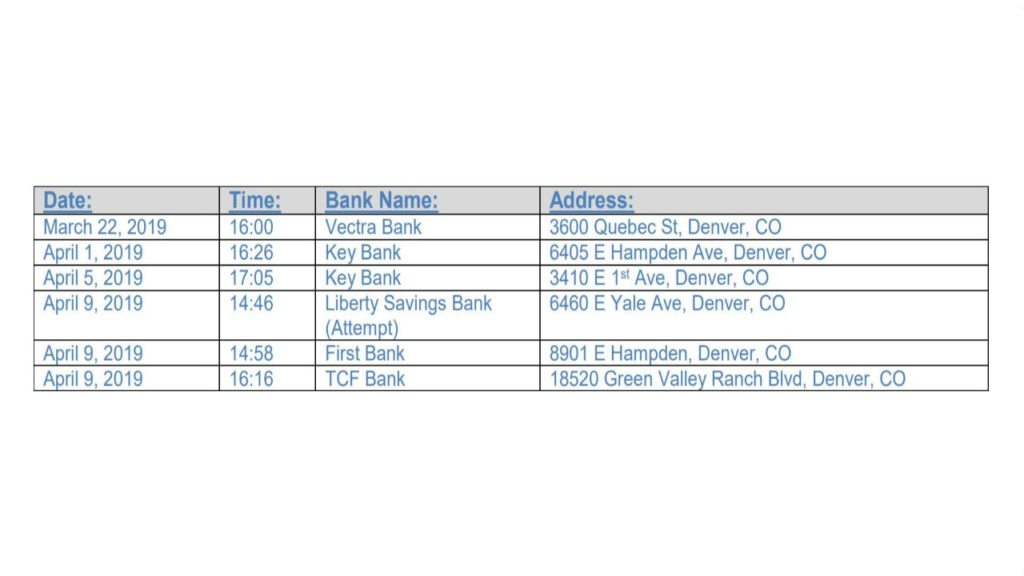 If you have any information on any of these robberies or recognize this person, contact Denver Metro Crime Stoppers at (720) 913 – 7867.

Who is the “Glamour Shot Bandit?”