LA JUNTA – The East Otero School District announced Tuesday that it was closing the La Junta Intermediate School for two days because of bed bugs found in the building.

According to the state health department, there is no evidence that bed bugs transmit disease.

The district said maintenance staff will be “aggressively cleaning” the building so that classes can resume next Monday.

You can read Lovato’s full letter to parents below: 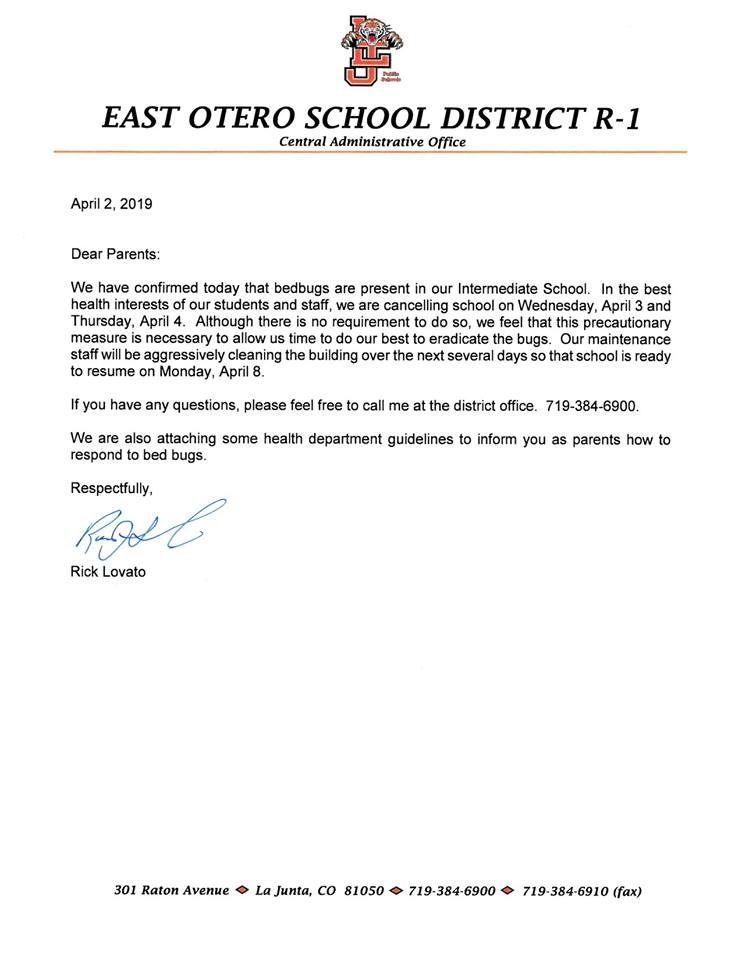