COLORADO SPRINGS – It happened near the end of his shift on a calm Sunday morning.

“I think we got a call about 6:30 in the morning,” Kent said. “I heard some screaming and thought, we might be having a baby.”

Todd Huddle was the man who called 911, as his wife Stacy was complaining of abdomen pain.

“She says, ‘If you want me to get in the car, you’re gonna have to call an ambulance,'” Todd said.

“It didn’t appear like labor to me, even though I was 39 weeks pregnant,” Stacy said.

Stacy admitted she was in denial until firefighters arrived at their house. Kent still remembers having to persuade Stacy that it was time for her to have her baby.

“And sure enough, within the next couple minutes, Chloe was delivered,” Kent said.

Kent and his crew were there to help Stacy deliver her third child inside their home — the couple’s first delivered from somewhere other than a hospital.

It was a moment that served as the start of a bond years in the making. 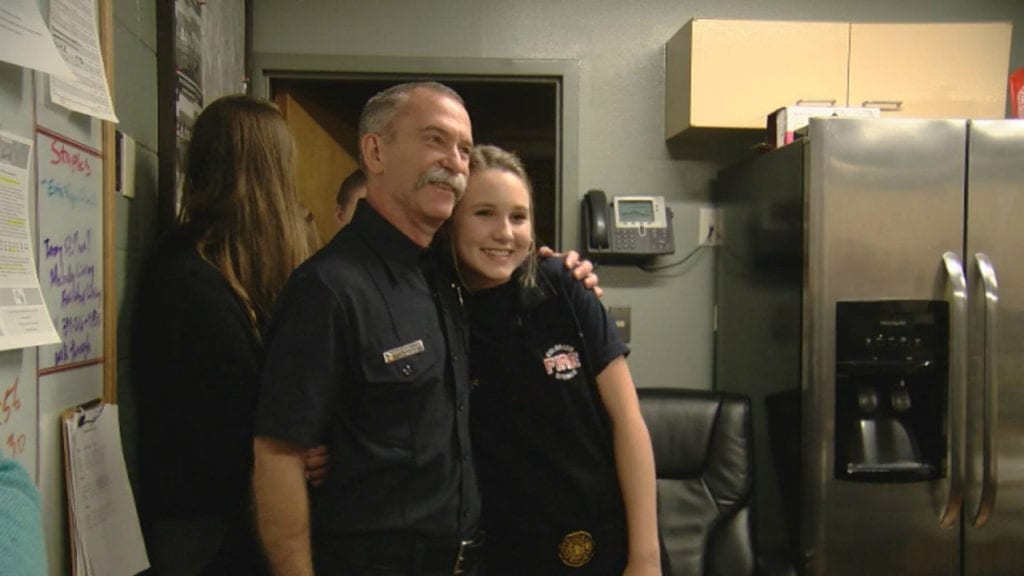 “That’s pretty cool, because no one else has their own firefighter,” Chloe said.

Every year on Chloe’s birthday, the Huddles have party reservations at Station 15, where Kent and his team still work. The tradition began just two weeks after Chloe was born.

“Both of us just really wanted to say thank you and just wanted to honor them that they could help us in our time of need and to be there with us,” Stacy said.

Friday was Chloe’s 15th birthday, on Feb. 15 and at Station 15 — a golden celebration indeed. They marked the occasion with dinner, gifts and stories, commemorating the call that brought them all together 15 years ago.

“It’s just so cool that I wouldn’t give it up,” Chloe said.

Kent and the Huddles have made a pact to attend each other’s graduation, retirement and weddings down the road.