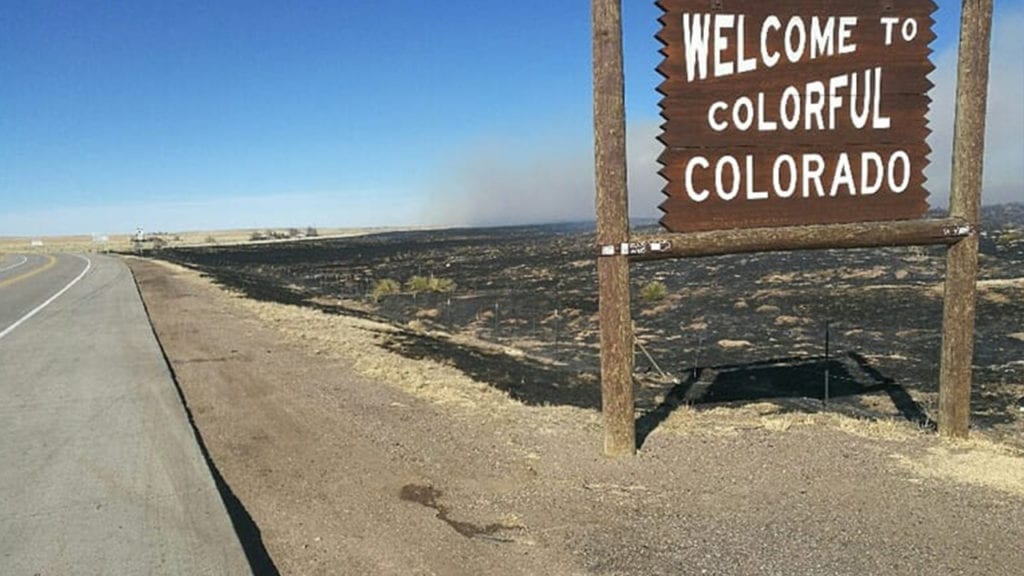 Authorities determined that a smoldering cigarette sparked the fire at the Colorado/Oklahoma state line off of Highway 287. The fire started near the sign welcoming drivers to Colorado. Authorities said it might have been dropped by someone visiting the sign, or it may have been thrown from a vehicle on the highway.

“It’s unfortunate how many fires are caused every year by motorists throwing cigarettes out of their car. I want to remind people of the possible penalties for doing so and express how dangerous it is,” Baca County Sheriff Aaron Shiplett said in a Facebook post. “Yesterday many people, animals, property, homes and emergency crews were placed at great risk because of someone’s carelessness.”

People who improperly dispose of cigarettes can be charged with arson or other criminal charges. Deputies are searching for a suspect in the case. If you have information that could help, call the Baca County Sheriff’s Office at 719-523-4511.

Authorities said the fire was 100 percent contained around 8:20 p.m. Wednesday. Fire agencies from Kansas and Oklahoma helped firefighters and deputies in the effort to contain the fire. Luckily, no structures were damaged and no one was hurt.